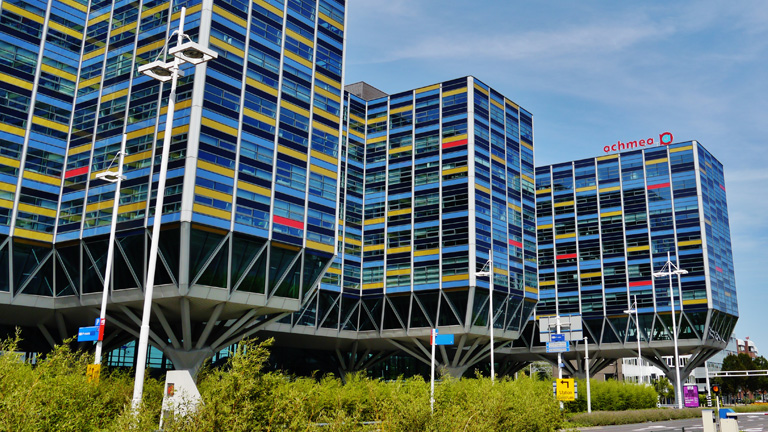 Interview based on research by Enric R. Bartlett

The Dutch health insurance company Achmea lost a legal battle in 2018 that could hinder the future of international investment in renewable energies.

Do Better: What happened in the Achmea case?

Were investors compensated for this expropriation?

But this was not the end of the story, was it?

Nope. After a long legal dispute, the Court of Justice of the European Union (CJEU) revoked this decision.

Long story short. Slovakia claimed that the dispute settlement was incompatible with EU law and appealed. The case ended up in the European Court of Justice (CJEU) in Luxembourg. The CJEU decided that international arbitral tribunals do not qualify as ‘domestic courts’ and cannot request a preliminary ruling from the CJEU when doubts arise on issues of EU law. For that reason, a bilateral agreement between member states, under which investors from one member state can bring proceedings against another member state in an arbitral tribunal, contravene EU law. As a result, Achmea was not entitled to use international arbitration to obtain compensation.

But wasn’t international arbitration established decades ago to encourage investment and solve disputes between international investors and member states?

Exactly, hence the contradiction. Back in the 90s, the European Union and more than 50 states signed the Energy Charter Treaty (ECT) to encourage investment in the energy sector. As well as establishing a minimum set of legal guarantees for investors, such as forbidding expropriation without compensation, the treaty offers investors the choice of resolving legal disputes in domestic courts or by international arbitration.

But after the Achmea case, several member states and the European Union argued that requesting intervention from an arbitral tribunal based on the ECT was against EU law. This interpretation of the CJEU decision by the Commission and several member states clashes with a multilateral treaty (not bilateral) that was signed by the EU and all member states – and which has enabled more than 20 years of ‘peaceful’ international arbitration.

Your research questions the interpretation by various member states and the European Commission of the CJEU decision on the Achmea case.

I decided to investigate this issue because several European states, including Spain and Italy, approved norms to encourage investment in renewable energy that were later revoked because the numbers did not add up after the financial crisis. These governments decided to change the rules of the game and so international investors in renewable energies started to lose important rights. We are talking about potential loses of billions of euros in compensation due to changes made by governments.

After the Achmea case, several member states and the European Union argued that requesting intervention from an arbitral tribunal based on the ECT was against EU law

What is your impression of this shift?

My impression is that the rules of the game were changed and the EU and member states started to apply a biased version of the Achmea case to prevent future and past disputes related to the ECT from moving forward in arbitral tribunals or fulfilling their awards. In my research, I try to show that this interpretation is not in accordance with international or EU law.

What are your main conclusions?

The ECT contemplates international arbitration to encourage energy investment and ensure confidence and legal security for investors. Denying this arbitration process means accepting that the EU has been mistaken for the past 20 years.

The conclusions of this interpretation of the Achmea case are very radical because it means that if an arbitral tribunal has dictated a ruling that requires a state to compensate an investor for expropriation or other matters, then the state is no longer obliged to do so – and so the investor has no legal guarantees. The conclusion would be that any arbitral process started before the Achmea case must be stopped and is no longer in effect. This creates severe legal insecurity for energy investors. We are talking about billions of euros.

Based on the conclusions of the European Commission and several member states, my research argues that their interpretation of the Achmea case goes against international and EU law, and that arbitration tribunal decisions made before the Achmea case should be accepted and not questioned.

Briefly: the ECT is a multilateral agreement that includes the EU, and the Achmea judgement seems to open the way to agree to arbitration systems in these cases. The ECT does not accept reservations, and international treaties must be interpreted in good faith and accepting the ordinary meaning of their wordings. Bringing to court now the cases before arbitral tribunals would require legislation to reopen the time limits. We cannot take this extension of time limits for granted, and in any case, the new procedure clearly represents an excessive delay that is contrary to the fundamental right to justice.

Some member states are uncomfortable with what the ECT can do (such as Italy, which will withdraw as a contracting party on 1 January 2016). Therefore, the ECT will not protect any energy sector investment made in Italy after that date. However, investments made in Italy before 1 January 2016 remain protected until 2036.

This is bad news for the European Green Deal

We are at a critical crossroads. The European Green Deal objectives for climate-neutrality require hundreds of billions of euros in investment. The Green Deal will only work if we can count on public and private investment, and if we manage to increase private investment in renewable energies so that it exceeds public investment. Changing the rules of the game and creating severe legal insecurity for energy investors will make it much more difficult for Europe to achieve climate neutrality by 2050.