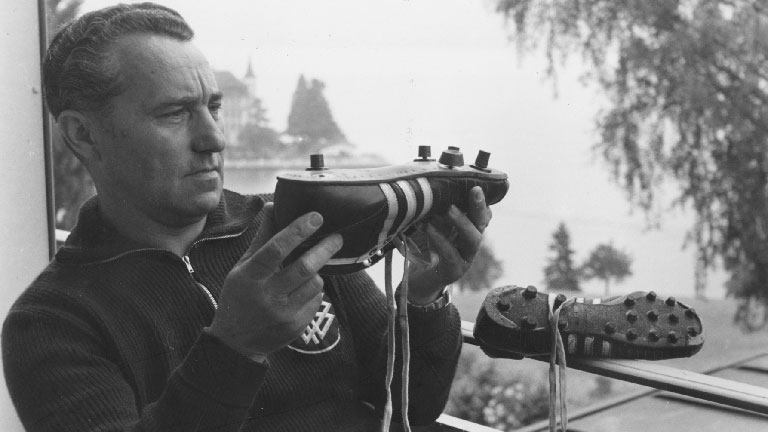 Adidas' back to the future strategy

The sports brand Adidas recovered from near bankruptcy by rediscovering the source of its success. What can we learn from the Adidas turnaround story?

The orientation when formulating strategy is to look forwards – to think where we need to be three years or five years ahead. Yet, it is only possible to implement strategies when they are seen to be authentic by employees and other stakeholders and when they build on the distinctive capabilities of the organisation.

To explore this need to understand the past when planning for the future, we conducted an in-depth study of the sports brand Adidas. Adidas is an interesting case because of its long history and because it also consciously rejected its past with quite disastrous consequences.

Adidas consciously rejected its past with quite disastrous consequences

Adidas dates back to 1924, when it was known as the Gebrüder Dassler Schuhfabrik. It was started by shoe-maker and keen sports enthusiast Adi Dassler and his brother Rudolf.

From the early days, it reflected Adi Dassler’s interest in sports and his approach to innovation, which led him to observe athletes, talk to them about their needs, and then experiment with innovative ways of solving problems with new forms and materials.

While it was a very successful business – with an athlete wearing Dassler spikes winning a gold in the 1928 Olympics, and four times gold medal winner Jesse Owens triumphing in the company’s shoes in the 1936 games in Munich – the Second World War required the company to make army boots instead.

After the war, Adi and Rudolf fell out and went their separate ways, with Adi creating Adidas and his brother, Puma. Adidas continued Adi's philosophy of industrialised craftsmanship and a focus on athletes, even as the company scaled up in size.

By 1978, when Adi died, it was a billion dollar company with 4,000 employees and dominated the world of sports shoes and clothing. Here, though, the company's success fell apart.

In a deliberate rejection of the past, the company set out on a new path, taking it into leisurewear and camping equipment. Adi's extensive collection of sports shoes and his copious notebooks were put into storage and forgotten.

Design and product quality deteriorated and employees were unclear as to the company’s direction. By 1990 the company was on its knees and the family sold the business.

Discovering a gold mine

As the company spiralled downwards, its managers sought salvation in two former Nike employees called Rob Strasser and Peter Moore. On their first visit to Adidas they were taken on a tour of a small museum.

Peter Moore remembers, "It only took about five minutes in the museum before I realised that these people had nothing but a gold mine in their hands and that they really had no idea what they had."

Moore and Strasser could see what Adidas managers could not – that the company had a rich history that could be drawn upon to create a new strategy to revitalise the company.

Recovering from near bankruptcy

They went back to Adi Dassler’s philosophy and developed a new range of performance products, called Equipment, that built on the brand’s history. Then they selected a few classic shoes from the Adidas archive, updated them and sold them under the name Originals.

In a 250 word memo to the board, Strasser and Moore noted, "Adidas Equipment will be complemented by Adidas Originals. These were the leading sports shoes of their time. They were the Adidas Equipment of the 60s and 70s, just as Adidas Equipment today will generate the originals of the year 2000."

The move was remarkably prescient. Originals saved the company and such shoes as the Stan Smith and the Superstar are still on sale today. Recovering from near bankruptcy in 1989, by 1999 sales had recovered to €5.3 billion with profits of €398 million.

History has come to play a central role

However this is not just a story of a 30 year old turnaround. History has come to play a central role in Adidas' strategy. While it is one thing to uncover history, it is another to remember, curate and embed it.

Adidas have realised this by rebuilding the company’s archive, building memory tools, producing a history book, creating a history management department and integrating the philosophy of Adi Dassler into its design of products and services.

When it came to developing a new strategy in 2015, called Creating the New, that connection to the past was very evident. As Peter Moore told us, "What Liedtke [chief marketing officer] and Gaudio [global creative director] have done with the brand, which is more or less an extension and expansion of the strategy Rob and I presented way back, really shows the power and durability of the Adidas brand."

3 lessons on the use of history

Reflecting on all the interviews we conducted with long-serving employees, the meetings we attended and the archival material we looked at, we concluded there were three important elements.

It was interesting to interview those Adidas employees who were there in 1990 and the emotional engagement that they had with a strategy that felt to them authentic.

One of them told us, "As funny as it sounds, I remember the goosebumps I had when they [Moore and Strasser] for the first time made me and many others really, really proud of where we work, and understand what a great brand it is."