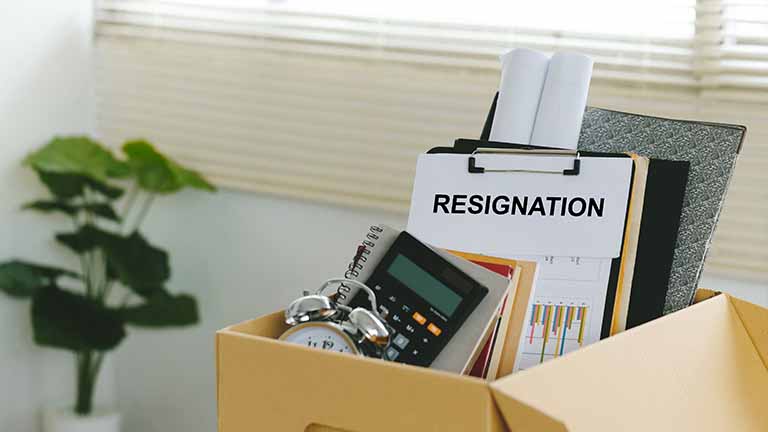 The ‘Great Resignation’ or ‘Big Quit’ is such a huge phenomenon that it’s the subject of this summer’s smash pop hit. In Break My Soul, global superstar Beyonce announces that she’s quit her job to find a new drive, after being worked so hard she can’t sleep at night.

In the song, the multi-millionaire married to a multi-billionaire urges people to release their anger and stress by releasing themselves from their jobs. And the vacancy figures suggest that’s exactly what people are doing.

According to Eurostat, the statistics arm of the European Commission, there were more job vacancies in the European Union in the first quarter of 2022 than at any other time in the last 20 years.

Figures available on the Eurostat website reveal that 2.9 percent of all available jobs in the European Union were vacant in the first quarter of 2022, up from a pre-pandemic (quarter two of 2020) 1.6 percent.

In the United States, job vacancies also remain at record highs. The ‘quit rate’ reached a high of three percent – 4.5 million Americans – in May 2020, and remains steady at 2.8 percent. There are currently 1.9 job openings for every unemployed person in America.

So, what is prompting this mass exodus?

Silvia Forés, president of the Human Resources Forum at Foment del Treball and expert in human resources, told Esade that the pandemic has made people assess their priorities.

“The pandemic has made people rethink whether they are working in the right place and are on the best professional path,” she says. “Some have suffered vocational crises and decided to radically change their sector, their job, or even their lifestyle.

“We hear messages that push us to change such as: ‘Better to change and fail, than not to change and think that you have failed’. Phrases like these are repeated by gurus to push us out of our comfort zones. We feel ourselves swept along by a feeling of ‘What am I missing?’”

All in the mind

According to Carlos Royo, lecturer in Esade’s Department of People Management and Organization and author of the book Fundamentos del desarrollo directivo (Fundamentals of Management Development), the answer could be more scientific.

“When dealing with urgent, stressful, fast-paced change, part of our brain in the sympathetic nervous system is activated: the so-called negative emotional attractors that trigger adrenaline and cortisol. These hormones are designed to make individuals spring into action, protect themselves from threats and act quickly.

“However, when you are thinking about your life and searching for deeper, more lasting changes, what needs to be activated is the parasympathetic nervous system which, among other things, generates hope, inspiration, and a long-term outlook thanks to, among other things, serotonin and oxytocin.”

Has the pandemic-enforced slow-down of daily life resulted in a mass activation of the parasympathetic nervous system and a new long-term outlook on priorities?

“In the US, mothers are more likely to have lost or left their jobs, and are much more likely than fathers to move into economic inactivity,” say Claudia Hupkau and Pablo García-Guzmán in an Esade policy brief.

“School and nursery closures have meant substantial increases in childcare burdens for families which have been shouldered disproportionately by women, often at the expense of their work time.”

Rather than being released from the bind of daily work, many of those who have quit their jobs – women – are simply replacing them with unpaid household labor.

“In the absence of adequate and affordable childcare or schooling, women were more likely to exit the labor force to be able to meet additional childcare needs,” say Hupkau and García-Guzmán.

“Traditional gender roles, already present before the pandemic, seem to have been reinforced and are likely to have longer-term implications for inequality between mothers and fathers in the workplace and the home.”

Hupkau and García-Guzmán suggest that policies aimed at increasing childcare availability and equal take-up of parental leave can break the cycle of inequality.

And, says Carlos Royo, leaders and managers also have a key part to play when filling vacancies to ensure a balanced workforce.

“All this calls for different sorts of leaders. Otherwise, companies will quite simply end up being unprofitable. Leaders must know themselves in order to know the needs of the people they work with. It’s not a matter of motivating them but paving the way for them to motivate themselves.”