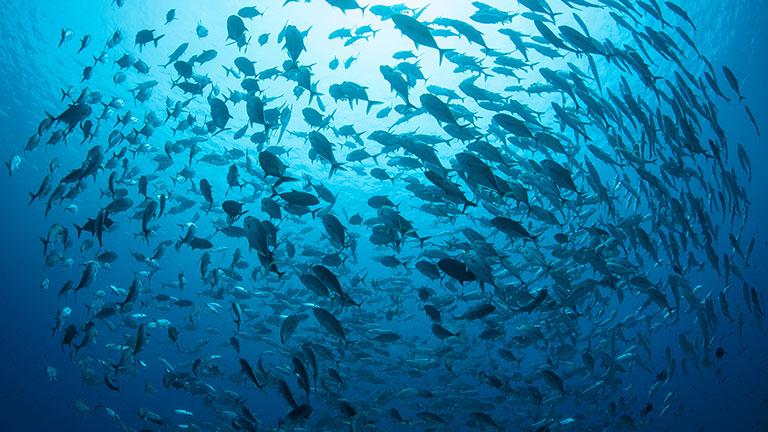 In search of an “Equitable, Carbon-Neutral, Nature-Positive World”

A few days ago, Antonio Cerrillo, the excellent La Vanguardia journalist who specialises in climate change, shared his Christmas reading list in a tweet; included on his list is “Losing Earth: The Decade We Could Have Stopped Climate Change”. Written by Nathaniel Rich, this book was first published as an article in the New York Times Magazine in summer 2018 and it can still be accessed. Rich explores the period between 1979 and 1989, a decisive decade in which we already knew all that we needed in order to take action on climate change; we were close to doing so and to finding a solution, but in the end we failed to act.

If in the 1970s we already knew all the basic science about climate change, perhaps we were lacking the models of today and some scientists chose to apply the uncertainty principle; however, as is the case now, there were other concerns that appeared to take priority, and in the end decisions about the climate crisis were left on standby, to be addressed at a later date. Now we know how difficult it will be to stabilise temperatures to meet the agreed targets.

Nearly 40 years have passed; last month COP26, the United Nations Climate Change Conference (UNFCCC) was held, which had been postponed from 2020 due to COVID-19. Now that the conference is over, the glass may be seen to be half full or half empty, though we ought to be positive, since positive messages are more inspiring; nevertheless, it cannot be denied that the conference has not served to raise countries' ambitions to the required level, at least not those of countries that can and should be more ambitious, and we are still a long way from achieving the objectives of the Paris Agreement.

The article “A Nature-Positive World: The Global Goal for Nature” advocated the pursuit of certain biodiversity protection goals in the next few years or decades

We could analyse the progress made at COP26, and progress has indeed been made: the gradual reduction (the word elimination was not used) of the use of coal as an energy source; the unspecified reduction (not elimination) of subsidies for fossil fuels; the reduction of methane emissions (30% in 2030); the cooperative agreements between countries; and the urgent measures taken to increase funding and technological support, a field in which the private sector, destined sooner or later to become a key player, will begin to feature more strongly. So yes, we could highlight this progress, but I would like to focus on another of the important agreements reached at COP26, the first to be signed, namely the agreement to curb deforestation by 2030, or what amounts to the same thing, to protect biodiversity.

2021 saw the publication of a highly influential article endorsed by notable representatives of civil society around the world (the IUCN – International Union for Conservation of Nature, the WBCSD – World Business Council for Sustainable Development, and the most important NGOs on the planet, WWF, Yukon Conservation, IMAGINE and Nature Conservancy, among others). The article “A Nature-Positive World: The Global Goal for Nature” advocated the pursuit of certain biodiversity protection goals in the next few years or decades: “Zero Net Loss of Nature from 2020, Net Positive by 2030, and Full Recovery by 2050”, in response to an even stronger message from civil society, a message that the United Nations adopted and sent to all heads of state: the need to move towards an “Equitable, Carbon-Neutral, Nature-Positive World for 2050” as an enormous challenge facing humanity in the first half of the 21st century.

With relation to the environmental variable of this objective, there is indeed a climate emergency, but there is also a biodiversity emergency, and both emergencies go hand in hand. Biodiversity problems are as critical as climate problems, and both are related, as is clearly shown in the work undertaken on planetary boundaries. In the words of the UN Secretary General in December 2020: “Humanity is waging a war on nature. This is suicidal. Making peace with nature is the defining task of the 21st century. It must be the top, top priority of everyone, everywhere.” We must act.

Making peace with nature is the defining task of the 21st century. It must be the top, top priority of everyone, everywhere

Putting this concept into practice can lead us to paradoxical situations and a compelling need to improve environmental communication processes. Fighting climate change is clearly necessary, but it does not mean taking retrograde steps in the protection of biodiversity, especially when other alternatives exist. Let me give you an example, here in Catalonia. The route map for wind energy in Spain has been announced and this includes offshore wind energy. Following the approval of the route map, an offshore wind farm is being planned in the Bay of Roses, on its continental shelf. Industry sees business opportunities in this field and is sending out a message related with the climate variable of “clean, locally sourced, environmentally sustainable energy”.

However, historically this area has been dedicated to the conservation of biodiversity and is widely protected. It is a very dynamic area, due to the wind and the inflow of nutrients from the Rhône, making it highly productive, and the greatest ecological wealth in the north-western Mediterranean can be found here (it is a biodiversity hotspot); a continental shelf acts as a nursery of species for commercial fishing, prohibited here precisely in order to protect this habitat, which sustains large populations of many marine species and seabirds, some of which are highly protected (for example, the Balearic shearwater, a critically endangered bird on the IUCN red list); importantly, this zone connects the "strictly protected" marine areas that border it, where the nutrients that generate the high biological production of our underwater canyons flow; here, there is an abundance of cold-water corals and krill, small crustaceans that are the main source of food for the whales that visit us every year.

In this area, we should not increase human pressure on the ecosystem, but quite the contrary; we should reduce other human pressures impacting on it and afford it protection, as observed earlier. This is not an area that requires a process of industrialisation, but quite the opposite; a zone with a greater degree of protection should be created here, something along the lines of the "Empordà Canyons National Park", with appropriate management of human activities, so that the goods and services we obtain from its ecosystem may be maintained for the future. Furthermore, Spain has recently signed the European policy to protect 30% of its natural environment, including the marine area (at present, we only protect around 10%). Not everything is compatible; if there are other alternatives, we must look for them, and on the energy front these exist. The climate and the biodiversity emergencies go together, and in searching for solutions, both must be taken into consideration.

Spain has recently signed the European policy to protect 30% of its natural environment, including the marine area

As I write, Christmas is less than a week away. We have entered another decisive decade, not just for climate action, but also for action to protect nature. We need to create a world that is equitable, where people can live well (let us not forget this either), the social variable of sustainability; but we also need to create a carbon-neutral world that will restore rather than destroy the biodiversity we are losing; we need to do all these things together. If our carbon neutrality is based on further damaging the functioning of our natural systems, we will not solve the problem and it will simply get worse; if the environmental variable does not go hand in hand with equitability and social justice, this will lead to more conflicts. Moreover, human populations can only function well if the habitat that supports them functions correctly.

Making an Equitable, Carbon-Neutral and Nature-Positive World must be possible; this objective should also be a cornerstone in shaping the values, the skills and the knowledge of tomorrow's executives, our students of today, those who will really have to address and manage the problems we have created by not having solved something that, for many years now, we have known would happen. As a professor and researcher, I would be deeply saddened if one day my grandchildren were to read something like “The decade we could have stopped the loss of Biodiversity” and they were to think, but we didn't do anything.