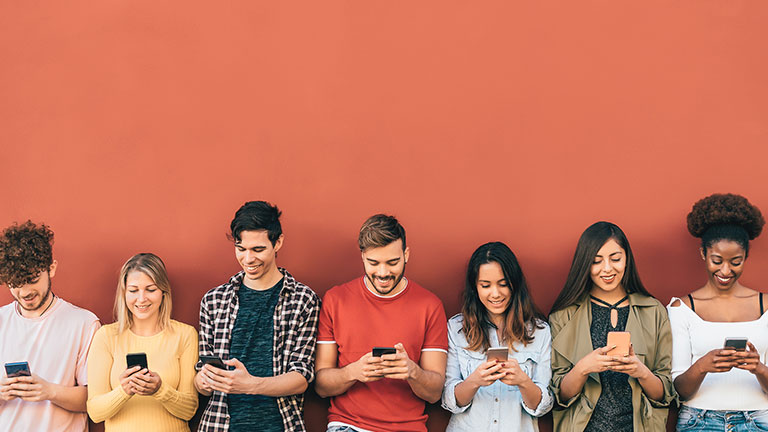 Social media monitoring tools measure engagement by tone of voice as well as the number of mentions, shares and interactions. This ‘sentiment analysis’ allows companies to better understand how consumers feel about a brand or product, using algorithms to process the language used and gauge reactions.

However, the mood of a consumer before encountering a brand’s content can have an impact on how they receive, interact with and discuss that content. This ‘affect-based perspective’ has been examined by Esade’s Oriol Iglesias and co-author Fathima Zahara Saleem, who explored how a person’s mood and emotions – or ‘affective state’ – motivate user engagement.

Over eight months, Saleem and Iglesias conducted a series of face-to-face interviews with Facebook users and observed their profiles. The findings, published in the journal Internet Research, reveal how brands can increase the likelihood of consumers creating positive consumer-brand stories.

The use of traditional media to impact mood has been well documented; for example, the choice of uplifting music to provide a boost, or watching a TV show to unwind. Less is known, however, about how social media users create and consume content to impact their mood.

“This research avenue is particularly insightful as engagement in social media varies from passive consumption to active content creation, unlike mass media engagement, which is intrinsically more passive,” they continue. “Additionally, mood adjustment on social media not only involves active selection of content to consume but involves the creation of content and feedback loops which in turn facilitate the adjustment of mood states.”

Using over 30 hours of interviews and eight months of online observation of Facebook profiles, Saleem and Iglesias identified several key themes in the use of social media content to manage mood.

The impact on interaction

When users experienced low to moderate negative moods, they browsed content such as news, jokes and memes passively in an attempt to alleviate the negative mood. As one respondent explained: “Some days can be tyring, you know those days when you aren’t up for… I’d maybe look at something funny on Facebook or read some Bible passages that my friends post to feel better… maybe feel calm or centred?”

During low to moderate positive moods, users both consumed and participated at low and mid-levels to maintain the positive effect, reading content relating to personal interests and commenting on content from other users. Another user said: “I go on this…another social media called Funny Jokes, and it’s an Android-based social network, where people just post jokes and stuff like that. And so, I took some jokes off that and I posted them on Facebook, because I wanted to share them and people started to like it.”

In periods of highly positive moods, users produced content – the highest level of social media engagement – such as posting photographs or sharing achievements. One respondent explained why he likes to post selfies when he feels good: “I guess that’s the best time, because you don’t want to take a selfie at a random time when you’re not feeling good. Like when you're feeling happy and you feel good about how you look, then take a selfie, right?”

People produce content also when in a highly aroused negative state, often in response to a bad experience or impersonal event such as world news. As one user explained: “I had to apply for a visa from [name deleted] and I had booked all my tickets… I mean, how can you leave your tickets till the last minute? So, the visa office they said, they said that they will take one week to process, which I thought, okay, I have enough time. My flight date passed and my visa is still not ready! I lost my entire ticket amount and the [hotel] money! Of course, I am going to swear at them on my Facebook! I was furious! I have to vent!”

The final theme was one of non-engagement; a period where users actively choose not to use social media to avoid exposure to reminders of highly personal negative events. “In this mood, users avoid creating original content related to events that trigger high negative arousal, participate less on social media, and shy away from content consumption,” say Saleem and Iglesias.

The impact for brands

The research has important implications for brands, particularly those that co-create content with consumers. By ‘priming’ consumers with exciting events and unique experiences, marketers can create a highly positive state that will lead to positive content creation.

“The result of creating content that appeals to consumers and elicits a positive affect is that consumers are more likely to like, comment, and share the content with others in the network,” say Saleem and Iglesias. “Through this approach, brands can contribute to the fluid narrative of the brand on social media while at the same time using consumer networks to promote the brand created content.

“Additionally, the area of non-engagement is worth exploring in greater depth, particularly in light of #metoo and other social movements. The #metoo movement encourages individuals who have experienced any form of sexual harassment or assault to join in the global #metoo narrative and movement. This type of engagement not only draws on highly personal negative experiences that an individual has endured and would not typically talk about on social media, but also attempts to bring it to light on social media as a collective story.”