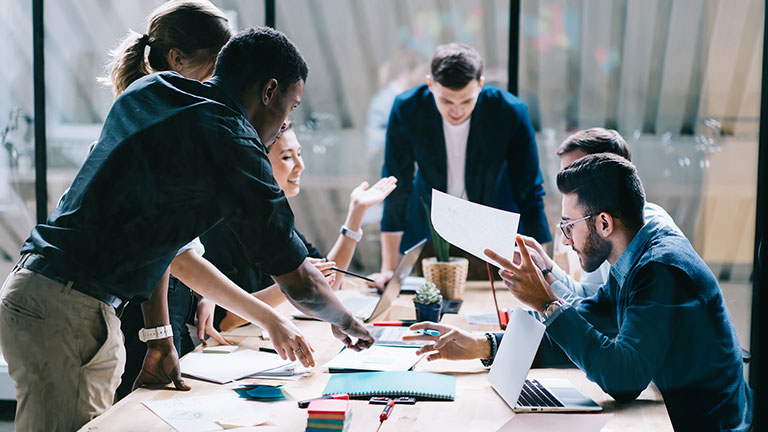 The cultural ecology of motivation: the human sustainability of business 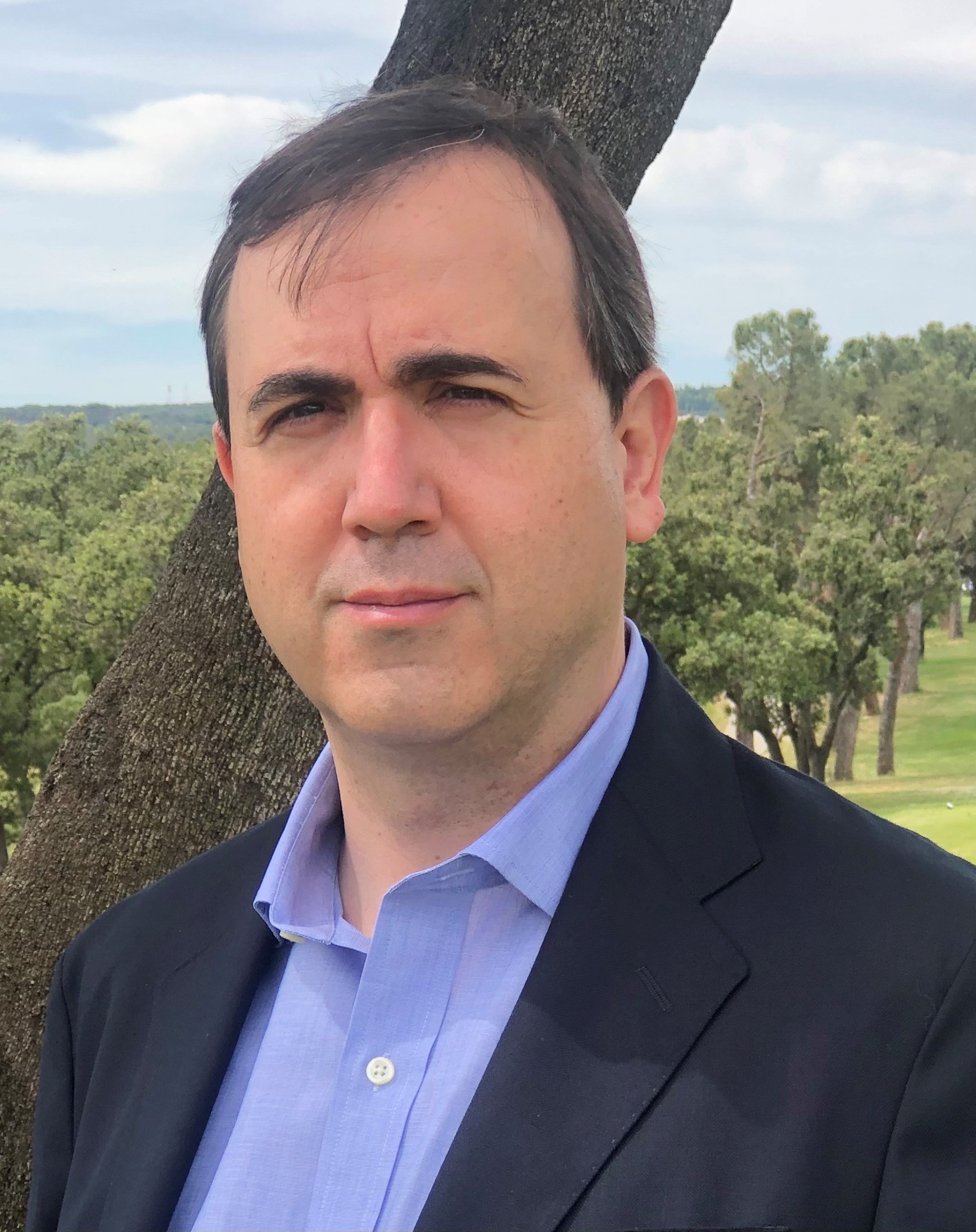 Immanuel Kant regarded humility as a distinguishing feature of human reasoning. He believed that this virtue was unrelated to learning to hide one’s ego or remedy one’s overconfidence, and that its purpose was rather to acknowledge the existence of certain insurmountable limitations to human knowledge that are linked to the neverending fallibility of behaviour and judgment. On the other hand, in reference to an aphorism by Goethe, everything has probably already have been thought of by those who went before us in history, so a bold attitude would be, despite knowing this, the desire to rethink it and the ability to sometimes offer a new approach in doing so.

People who analyse and manage culture and its evolution inside businesses and communities need both the humility to realise that the system can never be wholly deciphered and will always have gaps, and the boldness, despite the previous vicissitude, to decide to forge ahead knowing that the perfect solution for cultural issues is in itself an impossible mission. The only thing that underpins this perseverance is the peculiar drive of motivation.

Behaviour and surroundings are the same thing

Nowadays, it is taken for granted that people’s cognitive and psychic development is linked to the surroundings or social setting where they grow up. However, this reciprocal influence remains unfathomable for behavioural scientists when it comes to discerning its phenomena as a whole and the best way to predict them. In other words, although this interrelation has been accepted, its causal structure is not fully taken into account when taking decisions enabling a certain cultural shift to be guided towards an ideal. As a result, the basic principles involved must be reviewed and their scope taken into account.

The classic equation C = f{PA} provided by the expert Kurt Lewin in the first half of the 20th century, established a crucial observation: what happens in the organism of the individual subject (person) is just as important as what happens in the ecology (environment) that surrounds, influences and connects said individual. This means that personality development is marked by the world each individual lives in, and the individual’s actions, in the sense of an empirical demonstration of their lifestyle (behaviour), are subject to the evolution of that world and its direct impact on the mindset (of both the individual and when it crystallizes in the mindset of the masses) that is gradually constructed over time.

The first conclusion that leaders of organizations draw from this theory is that a person’s potential in any activity (their behaviour, performance, solvency, commitment and talent) varies in response to the surroundings in which they study, work and interact socially (how their mind and body interact with the larger corpus of rules, beliefs and feelings that can prompt the highest or lowest levels of acknowledgement from the social group they belong to and the mental state attained by their own awareness, which may be one of plenitude or frustration or depression). This operational logic or framework is what the theories of social change and learning are based on.

A person’s potential in any activity varies in response to the surroundings in which they study, work and interact socially

My intention is to highlight where we must focus our efforts in the field of organisational motivation in order to fully understand the fusion of psychology and social ecology within the runnings of a business.

We must not simply try to explain how the culture of the organisation came about but to link it to the next stage: how it can become something else. The raw material that must be used in response to this second challenge stems from deciphering all the factors that motivate a person in their dynamic interactions with others.

In the field of human development, it is undeniable that as children become more adept at interacting with increasingly broad and heterogeneous surroundings, and even start to influence them, they are automatically awarded by a gradual growth in maturity, intuition and intelligence, i.e. their potential increases.

Two factors reveal the symbiosis between behaviour and environment: motivation based on three essential characteristics (technical solvency, autonomous decision-taking and the ability to take risks without being seized by fear of embarrassment or punishment) and the extent of a person’s integration into the social ecology in which they live and work. There is no point hiring one or more talented executives to do things differently to the traditional manner if they don’t fit in or, vice versa, if the culture does not adapt to integrate them. The importance of individuals may dwindle depending on the extent to which the cultural framework integrates them into everyday social interactions or rejects them.

Managing affections to shape our brain

One crucial aspect of psychological development is related to the way in which we learn. This basic yet decisive mechanism always involves the assimilation, appropriation and subconscious adoption of the experience (what is seen, read, spoken and felt) acquired in the course of one’s life and education and career. What matters most is not the heritage driven from inside out, but the adaptation of external factors to internal factors. In the specific case of humans, adaptation is a type of introjection which, in the case of an executive, for example, means the acquisition of qualities, capabilities and patterns of behaviour in order to advance and be acknowledged by the socialisation ecosystem in which they work.

Introjection is an active process, i.e. a phenomenon which would trigger the irrepressible need in the individual’s body and mind to carry out specific activities precisely in the way in which they wish to “copy them.” The only way a person can learn (e.g. using a new work method or applying a new scale of values) is necessarily related to their motivation. If motivation is not learning oriented, the new matter will not only not be assimilated into the person’s ego but will be denied or distorted (by assimilating only the parts that require little effort or no loss of psychic balance).

The conclusion would be that in order for an individual to develop their learning capacity, it is essential to provide appropriate surroundings and context. As a result, it is necessary to pave the way for the impulses of an individual’s psyche making them want to carry out the activity in question within the framework of values and actions determined by corporate culture.

One ecological way of achieving this preliminary mechanism is what we call emotion management and affection building. This constructive management depends on how feelings and language, when combined by a person or community, elicit in the brains of other people a specific response that affects the generation of motivation. According to research by Boris Cyrulnik, receiving negative feedback or bad news from an authority or superior has a great impact on the body, plunging it into a state of alarm that quickly becomes resentment and depression. Likewise, when we receive praise that we think we deserve or when we take part in a project or a strategic decision, it is usual to be pleased.

Emotions sustained by the secretion of hormones end up starting or stopping people’s motivation. The ethical use of language and coherent construction of messages inside a company become the essential tool for shaping the collective brain and planning how employees will respond to demands and changes.

We could agree that cultural ecology should encourage happy feelings to prevail (and that learning should be on-going) and reject the possibility of traumatic situations that not only harm the person on the receiving end but also foster an environment of emotional and cognitive atrophy (because one can see and feel what behaviours are really like).

Human sustainability as an equation of motivation

Our brain arranges the representations provided by language in an attempt to understand the world around us. Words become the inductor of how people will feel about the things that affect them. The choice of symbolic representations that the culture of a company decides to communicate and implement whilst accompanying them with actions constitute the most critical inductor for influencing the production of motivation.

The most influential, powerful environments and surroundings are the family and workplace. Human development is linked to the evolutionary potential of both settings insofar as they allow changes in roles, and the most important activities and relationships, and in which each one occupies their place for a while. The way in which these dynamics take place is what enables an employee to be more motivated and active. So, just as an individual’s career evolves, so does corporate culture. The sustainable increase of motivation amongst a group of professionals depends not on the biological heritage of each member but their social heritage. The ability to attend to the latter type of heritage is, therefore, what explains why an organization knows how to boost the talents of its human team.