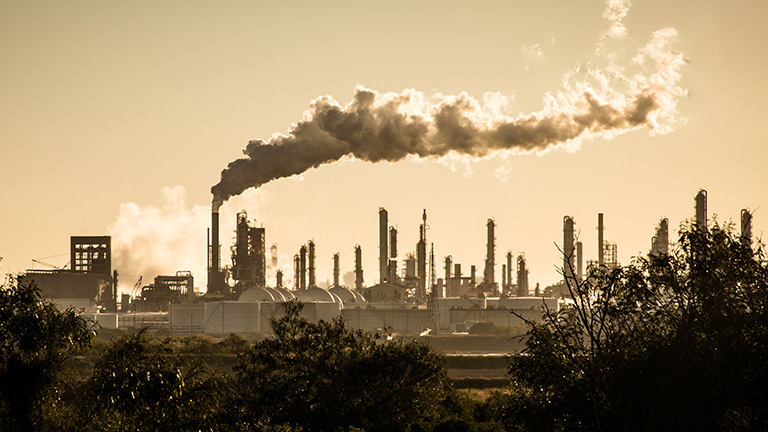 The summer of 2022 has seen record-breaking temperatures worldwide, wildfires, and significant loss of life. Half of Europe is now at risk of drought. The evidence of our own eyes seems undeniable: the climate is in crisis.

But as the world burns, politicians bicker.

In the United States, the world’s second most polluting country behind China, a climate package worth $300bn in multi-year tax incentives for clean energy was vetoed by a politician who, according to The Guardian, “has received more money in political donations from the fossil fuel industry than any sitting senator.”

In the UK, prospective candidates for leadership of the ruling Conservative Party focused more on internal party political issues than on plans to address the climate crisis. One candidate even pledged to withdraw support for the ‘net zero by 2050’ commitment adopted by a growing coalition of global countries.

With leading politicians and influential media sources framing action against climate change as a war against people, how can experts convince the world that doing nothing is not an option?

“If in the 1970s we already knew all the basic science about climate change, perhaps we were lacking the models of today and some scientists chose to apply the uncertainty principle,” says Esade academic collaborator Rafael Sardá, socio-ecologist & senior scientist of the National Research Council of Spain (CSIC).

“However, as is the case now, there were other concerns that appeared to take priority, and in the end decisions about the climate crisis were left on standby, to be addressed at a later date. Now we know how difficult it will be to stabilize temperatures to meet the agreed targets.

“In the words of the UN Secretary General in December 2020: ‘Humanity is waging a war on nature. This is suicidal. Making peace with nature is the defining task of the 21st century. It must be the top, top priority of everyone, everywhere.’ We must act.”

The role of financial regulation

Enrique Rueda-Sabater is a senior fellow at EsadeGeo. The action we need, he says, can be facilitated by financial regulators and the banking industry, who have a major part to play in addressing the profit-over-planet mindset.

“A rapidly expanding field in finance is the intersection between technology, sustainability, and finance,” he explains. “This includes an increased focus on environmental liabilities, brown and stranded assets, measurement of carbon emissions, impact on biodiversity, and use of scarce resources such as water.

“How this translates into new fields of finance is still very much an evolving space, yet key focus areas are emerging, including green bonds, green loans, green listed equity, sustainability-linked products, standardization of environmental, social, and governance (ESG) disclosures, measurement of environmental liabilities and impact, stress testing of portfolios and exposures, and carbon trading.

“Some central banks are also looking for ways to integrate sustainability considerations into investment decisions for their own portfolios – which have greatly expanded in response to recent crises.

Writing in an Esade policy brief, they agree that financing and financial innovation are key to promoting the ecological transition of the economic sectors and essential for climate and environmental stability.

“The green and inclusive transformation of the economy based on sustainable finance is a priority and timely to consolidate the exit and reduce the legacy of the pandemic,” they say.

“The EU has come a long way since 2018 in terms of sustainable finance, to the point of becoming a global leader in this field, so it is appropriate that from now on it leads by example and promotes cooperation with other countries to intensify the ecological transition globally.”

As long as profits continue to take priority over the planet, perhaps financial regulation is the only language that all the world’s leaders will understand.