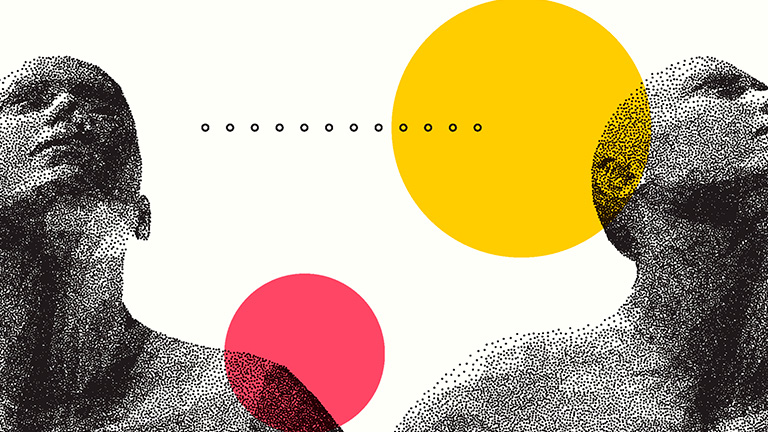 How we make sense (and nonsense) of other’s decisions

When we observe strangers in passing — on the street, in the office or at the airport — we are constantly, although perhaps subconsciously, acquiring information about the person they are. Why did they choose to drive that car, eat that food or wear those clothes? What do those choices reveal about them?

With the now-ubiquitous use of social media, the observations we make aren’t limited to people we pass in the street. Social platforms enable and encourage us to broadcast our choices to strangers we will never meet. And when people share information about their choices — the hotel they booked or the shoes they bought — we assume to understand the preferences that drive them.

But to take such a simplistic view of choices and preferences disregards the complex attributes and options behind decision-making. This one-dimensional approach can result in erroneous beliefs that prompt judgment of others and lead to undesirable changes in behavior.

Research by Prof. Kate Barasz of Esade and Prof. Tami Kim of Darden, published in Current Opinion in Psychology, takes a new look at how we make sense (and nonsense) of others’ decisions.

Academics have long studied how people come to form judgments about others. Central to this area of research — known as ‘people perception’— is the notion that by observing the behavior of another person, we can attempt to understand what they’re doing and why they’re doing it.

More recently, this work has been extended to consider how people make sense of the choices others make — or ‘choice perception’.

Focusing on decisions rather than behavior immediately limits the assumptions we are able to make about a person to the number of choices that are available. These could be opinions about anything from political leanings (Trump or Biden?) to lifestyle choices (burger or salad?).

But decisions are reached with varying degrees of deliberation and set within specific contexts. Without access to all of the information that led to the decision — what was chosen, why was it chosen, how was it chosen and who chose it — the observer cannot form an accurate opinion.

A stranger on the street is carrying a bright red, Hawaiian-print backpack. Knowing nothing else about the person, what opinion would you form about the person who chose to buy and wear such a brightly colored backpack?

Or, for less tangible choices, what inferences could be made at face value about a person who chose to vote for a particular political candidate?

2. Why it was chosen

At a basic level, observers believe that others choose what they like and like what they choose: the stranger has the bright red backpack because they love color, not because they disliked the fluorescent yellow alternative.

However, the inference of what motivated the stranger to make a choice can differ depending on the item in question: a person carrying a beige backpack may be believed to care for quality but not color.

3. How it was chosen

Observers care not just about what was chosen and why, but also how the person making the choice arrived at their decision. Two factors are important in forming this opinion: the time taken to choose, and the affect — the facial expressions, gestures, postures, vocal intonations, etc., that typically accompany an emotion — experienced while choosing.

Affect is the second important cue in how a choice was made: a stranger who appears pained by their choice elicits empathy from observers, but one who appears emotionally unaffected is regarded as serving their own interest.

These choice perceptions can systematically change the conclusions of observers, leading them to form quick, automatic and often mistaken impressions of others.

Without in-depth information about preferences or motives, the observer may fill in the gaps based on their own preferences, which they believe to be more representative of others than they really are. Similarly, they may take too simplistic a view of the stranger based on their appearance or behavior, falsely attributing preferences of others based on one-dimensional beliefs.

Choice misperception can also be a result of overly simplified views: for example, the belief that vanilla ice cream was chosen because it was more popular, not because it was the option most widely available.

Whatever the reason for the misperception, there is one important truth: observers struggle to understand the multi-dimensional and nuanced aspects of decisions made by others.

As people’s choices become increasingly visible, these inaccuracies are likely to become even more influential in shaping judgments and leading to incorrect inferences and conclusions.

For those whose decisions impact the lives of others, perhaps a more preferable way to perceive choices is to move away from passive observation in favor of simple conversation.