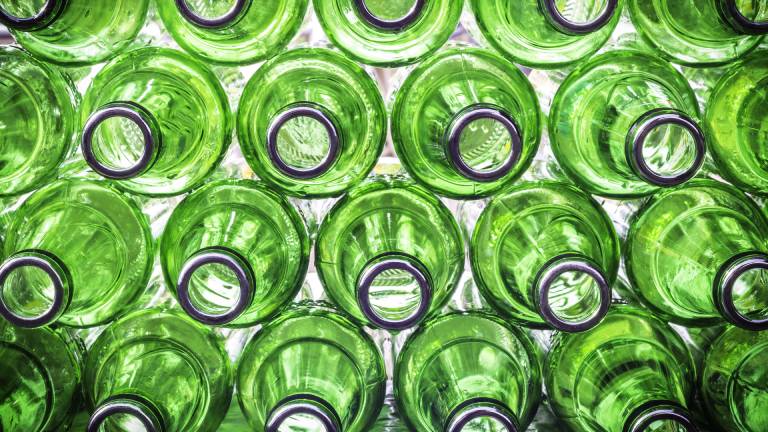 The circular economy revolves around designing, manufacturing, distributing, and consuming to avoid waste and pollution—keeping products and materials in use for as long as possible. It is in contrast with the linear economy, in which we extract resources, manufacture products, use them, and then throw them away. However, in practice both have to coexist, and the main question concerns the relative weight of circularity in the economy.

Moving towards greater circularity has pervasive implications for business models, individual behaviors, and regulations. Over the last decade and a half there has been a strong wave in that direction, with many features gaining traction—including consumer preferences for recycled containers, and the banning of plastic straws and other single-use products.

The chart shows an indicator (the contribution of recycled materials to overall demand) of progress toward circularity over the period 2004-2019. Since the EU’s 28 member countries (pre-Brexit) encompass a range of different dynamics (resulting in rates above 20 in Belgium, France and the Netherlands, at one end of the range, and rates below 5 in Bulgaria, Greece, Ireland and Romania at the other) it is likely to be reasonably representative of the situation in middle- and high-income countries. 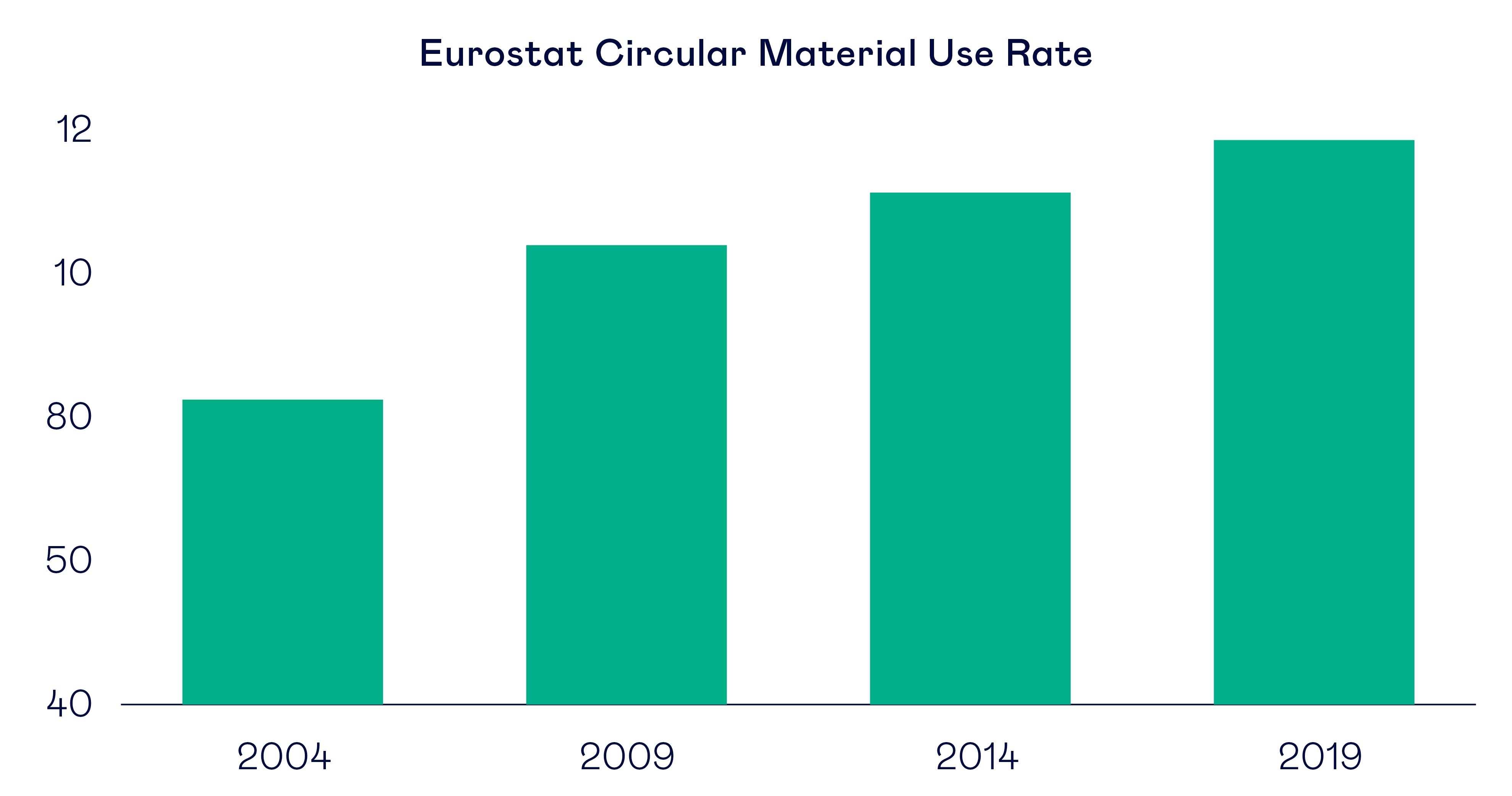 The reshaping of the packaging industry reflected the strength of that wave. Where previously sustainability was a “nice to have” feature embraced by some companies, many large players (manufacturers and retailers alike) started programs to make their packaging more eco-friendly through more sustainable materials and recycling. Waste management companies also geared up to change their performance and promote what came to be called the circular economy (recycling, multi-using materials). They were responding to regulatory scrutiny and consumer pressure—and expecting much more.

Then came 2020 and the pandemic-generated undertow: hygiene and distance trumped all other concerns. Sustainability came second to safety, and the use of single-use plastics began to climb back up. An upsurge in home deliveries added fuel to the fire of cardboard usage that emerged from the growth of eCommerce (resulting in cardboard packaging production growing at a significantly faster rate than global production) and increased the demand for packaging.

The pandemic-related increase in packaging requirements involved not just goods but also restaurant meals that until then had been consumed on washable dishes and glasses. The result can be glimpsed from the backtracking of the circularity gap indicator from 9.1 down to 8.6 over the last two years. Important questions ahead for many companies are how much of a setback for circularity this will represent and whether it is leading to a damping of regulatory and consumer pressure—or (more likely?) just a pause from which new circularity impetus will emerge.

To sustain consumption levels on this planet we need to reuse

Although there was once a long-standing tradition of circularity (which still predominates, by necessity, in some countries), the reason why the globalized linear economy has thrived is because it offered high profits for manufacturers around the world and cheap prices for consumers in developed nations. But this low-cost, high-profit model is only possible as long as we do not price the cost of the waste, pollution, and carbon emissions that are built into the system.

While the pandemic has created new hurdles to circularity, the growing pressure for climate action could well result in a new wave of circularity—which is seen as contributing to tackle environmental challenges. Shalini Unnikrishnan (BCG) sums it up well: to sustain consumption levels on this planet we need to reuse, so it is critical that we start to think about not the end of life but the next use of that product and how it can become circular.

Cardboard and paper are a major environmental culprit (especially because of the impact on deforestation). About 80% of all products sold in United States and the EU are packaged in cardboard. In the United States, 850 million tons of paper and cardboard are thrown away annually—which equates to around 1 billion trees and highlights the need for alternative approaches to packaging. 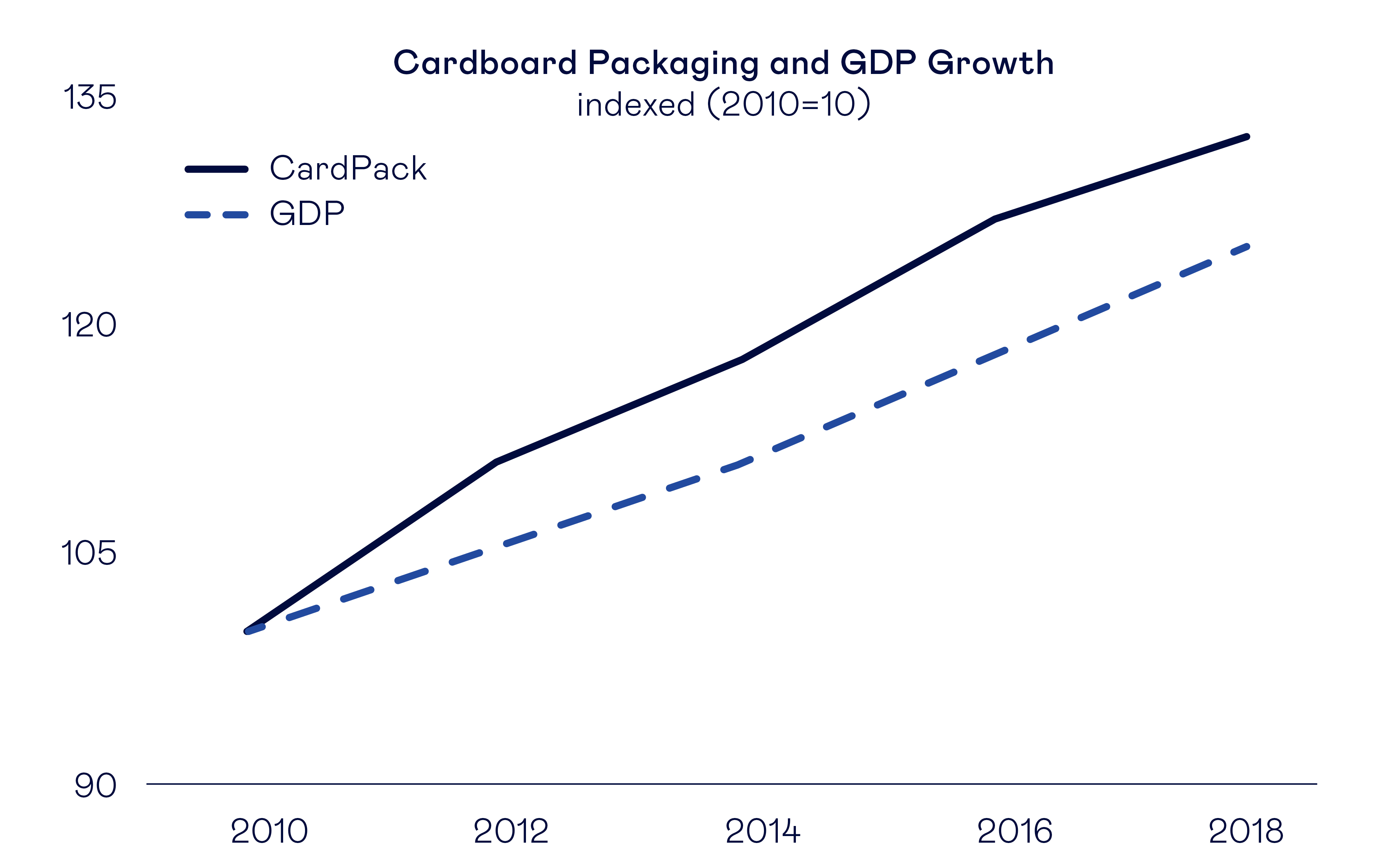 But paper and cardboard are also a leading example of the potential of recycling. There is still much to be done and the economics of recycling have proven challenging for municipalities, but progress in recycling cardboard and paper has been impressive: data from US municipalities show that the percentage of paper and cardboard waste being recycled has risen from less than one-third in 1990 to over two-thirds currently. 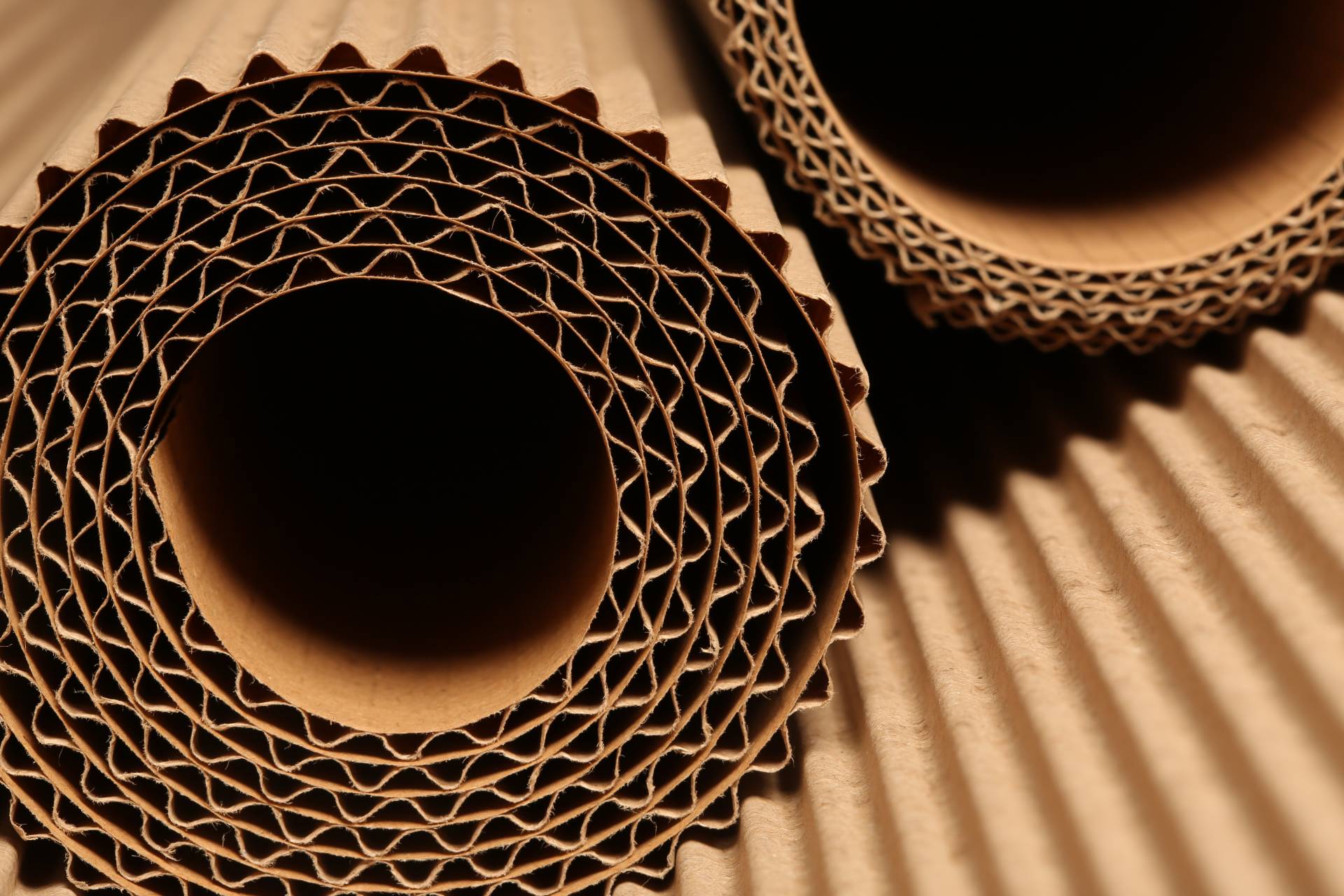 Plastic represents a major challenge as relatively little is effectively recycled: for instance, less than one-tenth of the plastic waste in US municipalities is recycled and the highest rates of recycling in other countries are still below one-quarter. Plastic use has expanded rapidly as its convenience, hygiene, and appearance versatility advantages have made it a major part of modern life. But it is derived from a non-renewable resource, much of it is hard to recycle and too much of it is making its way into oceans and waterways, with very damaging effects on wildlife, and hence it is an important target for environmental activists and regulators.

As a result, a massive amount of plastic waste is generated annually (quickly approaching 100kg per person worldwide—with major differences across countries), most of which is not recycled. Much of that (about 8 million metric tons) enters oceans, adding to the clean-up challenge represented by the estimated 150 million metric tons that currently circulate in marine environments, harming wildlife.

Recycling challenges vary across the many types of plastic products in use: manufacturing high-quality recycled plastic from jumbled packaging waste currently still represents a challenge—especially compared to the single-material collection of glass bottles. The challenge varies also depending on the intended use of the recycled containers: they need to be safe for human health and environmentally. Concerning liquids, for instance, this requirement varies depending on whether they are for food products that will be ingested, personal care products that will come into contact with the skin, or other products used only at arm’s length. Industry and regulatory standards already exist for “food grade” and can be expected to be tightened for that and to emerge for other uses.

Another challenge concerns appearance. One major advantage of plastic packaging is its versatility to incorporate colors and images aligned with corporate branding or evoking attributes that match “soft” consumer preferences. The impurities and different colors present among the discarded materials pose a particular difficulty, with dark plastic being especially problematic because the recycled material cannot be used to manufacture light-colored packaging.

When recycled content is incorporated into plastics, the resulting color is often grayish or opaque. For consumers, this can sometimes be off-putting. Theoretically, if the options are a virgin plastic bottle in an appealing color or a gray-colored bottle made from recycled plastic, for the sake of a more sustainable world we would all choose the gray bottle… but in practice that may not be the case and it will require education and creativity to overcome this.

Alongside aesthetic limitations, there are also quality limitations that can make processing the material more difficult or reduce its efficiency. Impurities such as foreign matter, for example, are detrimental to quality and lead to increased processing costs. Recycled materials therefore have to fulfill a set of key requirements pertaining to their safety, performance and quality—addressing which will require innovative solutions. 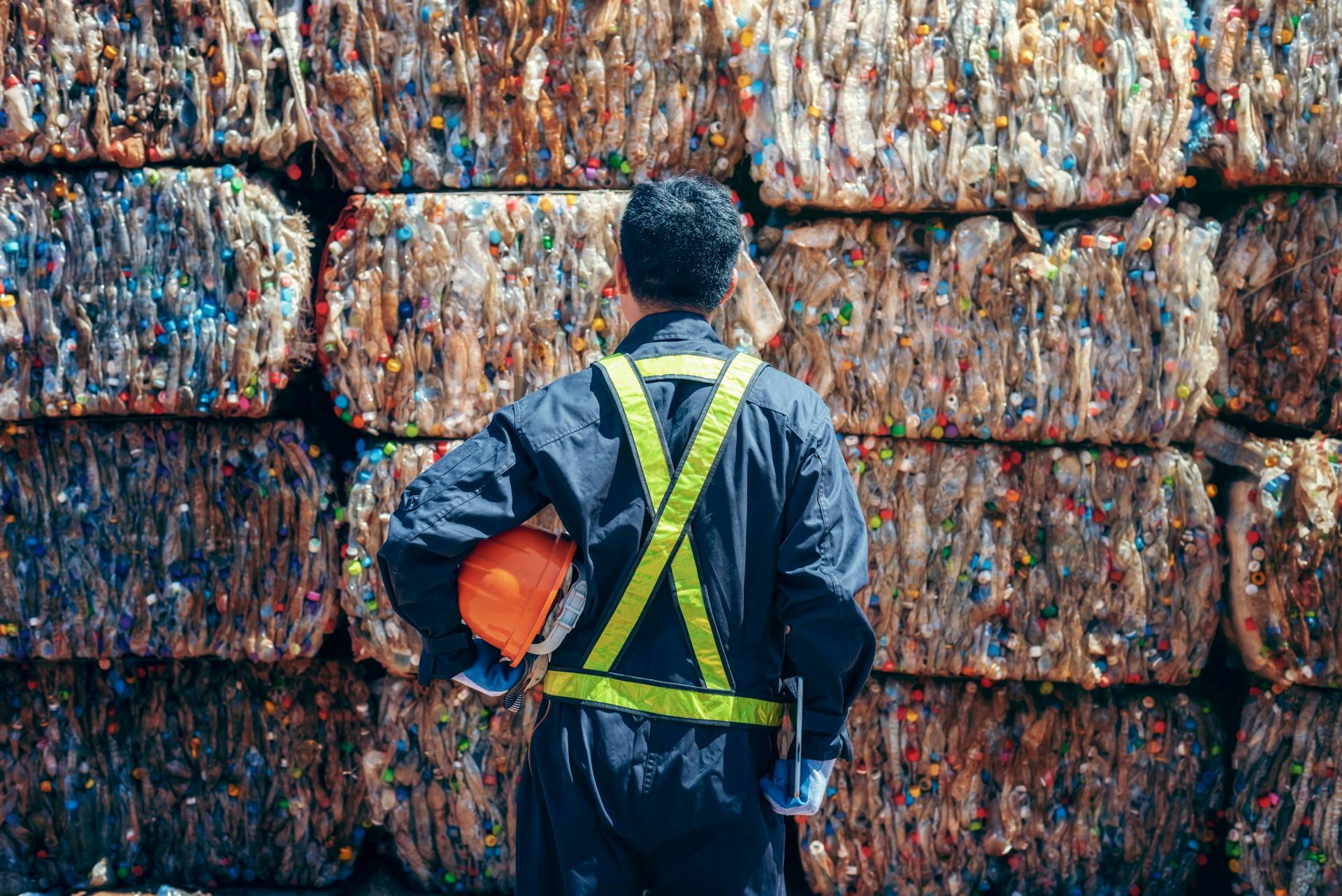 The undertow effect of the pandemic against circularity may not be lasting (less than 15% of industry respondents to a Euromonitor survey expected it to have permanent effects) but it is providing an opportunity to rethink priorities and goal conflicts from both regulatory and consumer perspectives. The momentum on climate action is bound to continue mounting and the combined effect of a new circularity wave and environmental pressures will have pervasive effects.

Manufacturing companies that ask themselves how to deliver products, rather than how to deliver packaging, and how to engage with supply chains and consumers to overcome anti-circularity inertia (including notably the use of virgin fossil-based plastic) will be much better positioned to handle the demands of whatever pace of environmental transition becomes expected or demanded.

Logistics and eCommerce players may also find that regulatory and consumer requirements for circularity increase rapidly, and their response cannot be improvised. But the impact of circularity is not just that it will require new ways of packaging and delivering products. It will also create opportunities (such as in repurposing or in recycling technology) for entrepreneurs that are alert to the shift and incorporate circularity into their business models.