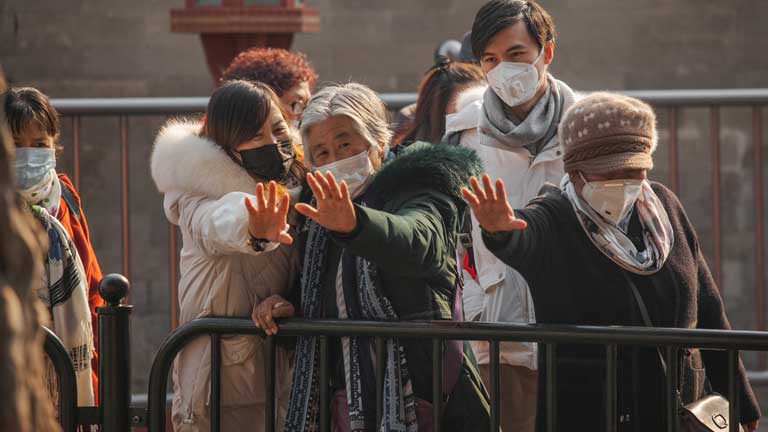 Coronavirus, cooperation and striving for the common good

In just a few weeks, Covid-19 has radically changed our behavioural patterns and perception of reality.

The lockdown of cities, regions and even, in the case of Italy, entire countries, the cancellation of all face-to-face classes in educational establishments and increasing restrictions on travel are just a few examples.

A backdrop of this nature makes it difficult to assess the economic fallout of the Covid-19 crisis upon Spain’s economy objectively. In these extremely uncertain times with no pre-determined timeline, it is difficult to make accurate, precise economic forecasts.

In one way or another, everyone is experiencing this crisis personally, trying to be reasonable while dealing with their concerns and fears.

While it is impossible to define the exact impact of the coronavirus on the global economy, it will undoubtedly be huge

The World Health Organisation has already declared this crisis to be a pandemic and while it is impossible to define the exact impact of the coronavirus on the global economy, it will undoubtedly be huge.

The present situation implies a steep drop in aggregate demand. Household consumption – the main component of GDP in most developed countries – has plummeted.

The confinement of millions of people in the countries at most risk and widespread restrictions on mobility will impact considerably on consumer behaviour. Fear is causing empty supermarket shelves, empty theatres and cinemas and the cancellation of conferences, events and concerts.

The productive fabric of the Spanish economy is different from that of other European countries due to its heavy reliance on tourism.

According to data from Spain’s statistics bureau for 2019, tourism accounted for 12.3% of GDP with 83.7 million foreign tourists. Tourism is highly sensitive to any circumstances that might jeopardise potential customers, and the impact on this sector will inevitably affect economic growth and employment.

In economic terms, this crisis not only entails a sharp drop in demand. It affects supply too. In today’s world with unprecedented levels of globalisation and production relocation, some 3,238 factories producing consumer electronics, semiconductors and high-tech goods and 2,730 factories in the automotive industry and the like located in China have been affected by measures taken by the Chinese authorities: measures having a domino effect on industry around the globe.

The measures so far, and those yet to come, aim to prevent the health system collapsing

How should central banks, governments and other public authorities respond to this crisis?

On the one hand, the measures so far, and those yet to come, aim to prevent the health system collapsing. This system is already under intense pressure on several fronts, such as deficit reduction and the demands placed on it by the demographic pyramids of countries with steadily ageing populations.

It is the government’s duty but it also requires a commitment from everyone to ensure that this cornerstone of the welfare state remains operational.

Economic policies range from cuts in interest rates (the US Federal Reserve has reduced interest rates by 0.5%) to quantitative easing by the European Central Bank, enabling banks to lend more. The problem with these measures is that the current problem is not a lack of cash flow or solvency and therefore, although they may to a certain extent be remedial, they do not contribute directly to the economic crisis caused by the spread of Covid-19.

The governments of the countries affected most by this crisis have announced expansionary monetary policies, spending designed to increase aggregate demand and tax cuts in some cases.

The Spanish government has promised a spending plan of €18,255 million, including €1,000 million for the health system; price caps in the healthcare industry; and deferred tax payments for companies and the self-employed.

The measures implemented in Italy, currently in the throes of an unprecedented economic standstill, include financial support for persons laid off as a result of the crisis, the possibility of deferred mortgage repayments and financial support for companies with plummeting turnover. Although these measures are well intended, their main impact will be to cushion the slump in economic activity rather than reverse an unprecedented situation.

Just as the coronavirus hits certain population cohorts harder than others, with a death rate much higher amongst the over seventies, the ensuing economic crisis does not affect everyone to the same extent. The current economic situation has aggravated inequality considerably, therefore one guideline that should be used when taking decisions and designing economic policies is that the crisis must not affect the weakest population most.

Economics is usually regarded as a science that studies money, business and stock exchanges. When we think about how mistaken this approach is, we always recall the title of the book by the Noble Prize for Economic Sciences, Jean Tirole, Economics for the common good.

Economics is more than understanding economic activity, it also concerns the goals that society aims for and the most effective and fair mechanisms for achieving them. This crisis gives everyone the opportunity to contribute, by means of their everyday behaviour, precisely to this common good.