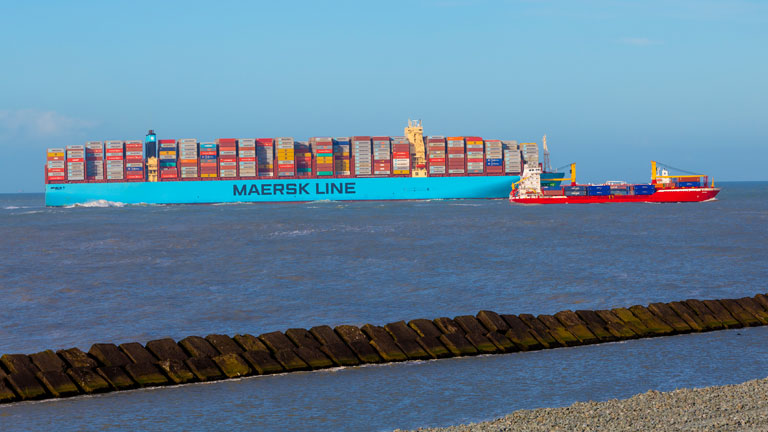 Trade as a harbinger of crisis and recovery: a scenario perspective

A key success factor is the strategic fit of an organisation’s goals, resources and capabilities with its environment. Given the great increase in the interdependence of the global economy in recent decades, global trade has become a key aspect of the environment for virtually every business.

Global trade patterns and dynamics, in turn, reflect a complex regime of rules, agreements, institutions and standards. In view of the major uncertainty that surrounds us, it makes sense to use scenarios to explore how that environment could change – and what course corrections may be required to maintain a strategic fit.

Even before the Covid crisis, trade was at an impasse, and there was considerable uncertainty over its future direction. That uncertainty has been greatly magnified by the crisis. How this crisis is resolved, and what shape the recovery takes, will have implications for trade.

Trade will also be a harbinger of the sweeping long-range global changes that could follow from the current crisis and its recovery.

Trade as a share of GDP doubled from an average of 27% in the 1970s to 60% by 2008 – increasing steadily throughout that period. It is hard to overemphasise how much this impressive development transformed the way businesses operate and interact – eventually crystallising into an extensive network of global supply chains. Today, final products are assembled from parts and components manufactured in different continents, and complex products involve large numbers of suppliers and intermediate manufacturing stages.

This increase has been due to technological advances that have enabled improved coordination and transportation. However, politics have also been fundamental in creating converged regulations, standardised rules and processes and reduced tariffs. Moreover, governments created a whole set of arbitration and dispute settlement organisations to settle unfair practices, discrimination, or copying.

Trade has typically reacted faster than the economy (GDP) as a whole in crisis and recovery, and so provides insights into these change processes. After nearly three decades of steady increases, the ratio of global trade to GDP dropped significantly during the 2008-2009 financial crisis, and then recovered, but did not resume its growth. This is largely reflected by the increased protectionism that crept into many countries, and a simmering trade war between the two biggest global powers.

To explore possible paths for global trade and possible outcomes for the role of trade in the global economy, we rely on the post-Covid crisis scenarios developed by EsadeGeo. The four scenarios are based on possible outcomes by the autumn of 2020 for two major sets of uncertainties: the advance of the virus (protracted vs. repressed); and economic turmoil (contained vs. unbridled). The scenarios then explore implications through 2023 – and beyond. We will very briefly recall these scenarios, and then focus on trade-related policy decisions and developments.

In the onerous strait scenario, stimulus efforts and international cooperation have kept economies from tanking

In the onerous strait scenario, extensive and expensive stimulus efforts, as well as international financial and technical cooperation, have kept economies from tanking. However, social distancing fatigue sets in too early, and no cure has emerged for the virus, which has proven resilient and continues to make life difficult in many parts of the world.

Many countries introduced prompt exceptions to rules restricting trade (particularly, if they affected health services), and from 2021 some countries began to more systematically reverse recent protectionist measures. Support for restoring a global rule-based trade regime leads to a reactivation of the WTO. Movements of people – and to a lesser extent of goods – remain limited by health considerations.

Trade dropped alongside the steep drop in GDP through 2020, and then recovered faster than GDP, driven by basic goods and healthcare. Travel recovers very slowly – mainly for business-critical reasons – but trade in other services (notably digital and virtual) booms as a result of the experience of prolonged confinement. Investment is also slow to recover as countries and businesses emerge from the crisis burdened with debt.

In the defensive disarray scenario, every country looks to short-sightedly protect itself

In the defensive disarray scenario, every country looks to short-sightedly protect itself, preventing coordinated progress against multiple waves of a rampant virus. Ineffective stimulus programmes (which were in many countries poorly thought out and prone to capture by vested interests) failed to contain economic turmoil.

In terms of trade policy, this scenario sees most countries impose export controls on critical goods, weaponise critical supplies, resort to a widespread use of additional tariffs (especially tariffs that are targeted and retaliatory), extend local content regulations, impose limits on foreign direct investment (FDI) and foreign ownership, and set restrictions on all types of movements (including goods, people, and data). The WTO would be nearly "mothballed."

Trade volumes drop for several quarters and shipping is severely affected. The value of trade, as a share of GDP, declines (even though in this scenario GDP would suffer a major decline and experience only a tepid recovery) and this further discourages cross-border exchanges amid foreign firm divestitures. In this scenario, countries pursue the nationalisation of "strategic" assets. Even by 2023, travel is still well below 2019 levels.

In the forward coalition scenario, cooperation, drugs and social distancing have repressed the advance of the virus

In the forward coalition scenario, inter-governmental cooperation, including on vaccines and re-purposed drugs, together with persistent civil discipline on social distancing, have repressed the advance of the virus, while sizeable stimulus programmes (that are well-designed and executed) contain the economic turmoil and set the stage for prompt recovery. Improved international cooperation has also been a positive force on both fronts.

In this scenario, governments promptly drop some trade barriers, and from 2021 reverse some recent protectionist measures: launching a new wave of preferential trade agreements with broader scope and membership; revitalising the WTO and expanding its mandate; strengthening international dispute resolution mechanisms; and even signing an international digital trade agreement.

Trade in this scenario recovers strongly in term of volume, and the trade/GDP ratio keeps growing. Supply chains re-expand and revert to the global default mode – which increases the productivity of the global economy. Travel resumes – both tourism and business – and foreign direct investment thrives in this environment of regulatory stability and improved inter-governmental trust.

In the fortuitous isolation scenario, international mistrust remains high, and blunders in many national stimulus packages fail to contain economic turmoil and force people to look to local, rather than national, governments. But fortunately, the virus turned out to be perishable, had natural enemies, and repurposed drugs helped contain it.

Trade policy shows the continued marginalisation of the WTO, and the blockage of its dispute resolution mechanisms. Many preferential trade agreements would be abandoned or replaced by narrower agreements. Increasing tariffs, other barriers, and limits to incoming FDI would be part of a revival of narrow-minded national champions and industrial strategies.

Global trade flows would recover promptly from the drop suffered during the crisis, then grow timidly roughly in line with GDP. But these global averages would mask a major shift in trade patterns – with a rapidly growing share of trade being intra-regional or within political affinity blocks.

Comparing the four scenarios in terms of the ratio of trade to GDP – even though these are purely illustrative quantifications – provides a clear view on the different paths that such an important aspect of the business environment could take.

By 2023, the range for trade/GDP ratios in our four scenarios stretches from 52% in defensive disarray to 62% in forward coalition

For perspective, it is worth remembering that the trade/GDP ratio was around 27% in the early 1970s and peaked around 61% in 2012. By 2023, the range for trade/GDP ratios in our four scenarios stretches from 52% in defensive disarray to 62% in forward coalition.

The prospects for subsequent years in each of these scenarios also vary considerably: upwards, for instance, in onerous strait, and downwards in fortuitous isolation. This result will largely be determined by the trade policy and trade governance developments inherent in each scenario.

These scenarios provide a basis for exploring "what if" in terms of the different environments to which we would need to adapt our "strategic fit", and thus better help us prepare for the futures we may face – not because we have predicted them, but because scenarios have enabled us to rehearse responses to change.

But the scenarios also point us to a valuable source of intelligence. The different features of each scenario provide signposts for the direction in which our environment is evolving with trade governance indicators as a sort of early warning system. Being aware of the steps in trade policy, and developments in trade governance, can help us react faster and create competitive advantage.