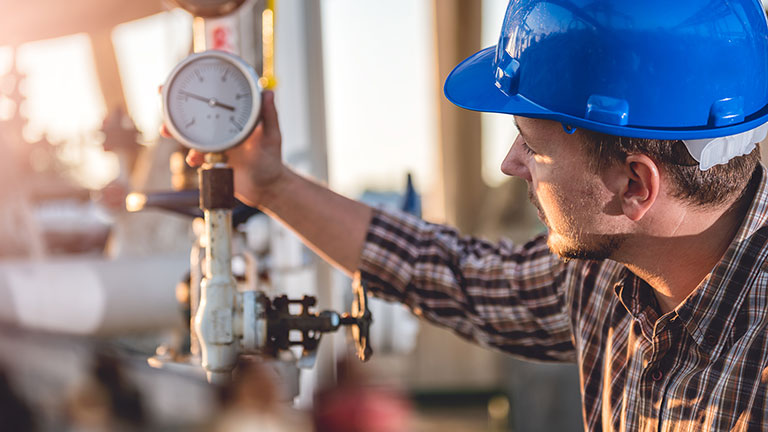 The cost of decoupling from Russia’s gas

After the invasion of Ukraine, questions have arisen about the consequences beyond the wartime sufferings of the population. Some of these questions revolve around the impact on European Union energy security, affordability, and sustainability.

The belief that economic bonds between competing countries forge a de facto solidarity is the backbone of the Schuman Declaration (May 1950) which launched European integration. Creating links through trade to strengthen cooperation was also a tenet during the Nixon approach to China (1979). The same logic was behind building gas pipelines between Russia and Germany (Nord Stream 1, opened in 2011 and 2012) and this policy continued even after Russia’s seizure of Crimea (Nord Stream 2, 2018-2021).

Growing tensions with China required a reassessment of this policy. However, the invasion of Ukraine on 24 February meant a sudden end to this policy for relations with Russia – at least with her current leadership. The EU Commission says that breaking dependence on Russian fossil fuels is a now a security issue for the EU. However, Russian supplies (140 billion cubic meters or bcm) accounted for 45% of the EU’s total gas imports in 2021 and almost 40% of its total gas consumption. Hungary is the EU member state most exposed to risk (95% of its imports). Other larger economies are also reliant on Russian gas, such as Germany (65%) or Italy (43%).

Last 3 March, the International Energy Agency presented a 10-point plan to reduce the European Union's reliance on Russian natural gas. Implementing all the measures proposed, ‘could reduce gas imports from Russia by over one-third, with additional temporary options to deepen these cuts to over half while still lowering emissions’.

Let me share some thoughts on some of these points.

Adjusting the heating thermostat is easily achieved in each home and would immediately deliver annual energy savings – around 10 bcm for each degree of reduction (7% of total Russian gas imports). There is room for maneuver if we consider that the average indoor temperature across the EU is above 22ºC. Moreover, if energy efficiency improvements in domestic, industrial, and service facilities accelerate, as is possible given that this is a target for the Next Generation EU funds, a reduction of 2 bcm within a year is in sight. However, achieving this requires implementing a process to scale up pilot tests. There is a lot of work done, but also for doing. For instance, a European City facility funding to implement a building rehabilitation program financed by real savings has been given to Rubí City Council, near one of the Esade campuses. This local administration has been in the front line of backing energy efficiency and fighting energy poverty, sometimes with the advice of our law students.

To fast-track, additional renewable capacity (primarily wind and solar) requires investment in generation facilities at utility-scale and distributed (from rooftop solar PV to small and medium plants). But as electricity travels through cables, grid investment is also necessary. However, NIMBYism (not in my backyard) protests against both types of infrastructure are frequent. It is urgently necessary to enhance the environmental impact assessment process, guarantee public participation, build administrative capacity for planning bodies, clarify administrative responsibilities, and set clear deadlines. If every project has to cope with several years of delays before obtaining final planning permission, we will need fossil fuels for a long time to come.

As the electricity grid occupies territory and there are a limited number of corridors to link two points, thoughtful land planning is a prerequisite for optimizing the present and future capacity of distribution networks.

Step up efforts to diversify and decarbonize sources of power

Electricity and gas networks are natural monopolies, which means that one operator performs more efficiently than two. Without competition, operators are paid tariffs and not market-determined prices. The energy regulator has the complex task of finding the right balance between the various tariff-setting principles. Like the parts of an engine, it is difficult to fine-tune cost recovery, cost reflectivity, efficiency, non-discrimination, and transparency. Decarbonizing the economy demands investments in the electricity distribution grids (€375-425 billion for investments in the EU27+UK in 2020-2030). The tariffs must compensate operator investments in digitalization to unleash the many technological possibilities for putting industrial and domestic consumers in the center of the system. In the EU, the most common remuneration framework supports network operator investments in copper. Various studies highlight that an urgent paradigm shift in this field is needed.

Regulation must preserve the principle of technology neutrality, but it is critical to go ahead with the public interest goals. Fortunately, Spain can help the EU reach the target of 30 bcm in additional gas supply from alternative sources, thanks to spare capacity at its liquified natural gas regasification facilities. Spain has this capacity because of Pere Durán Farell’s forward-looking approach and leadership in piping Algerian gas to Spain and the regulated tariff approved to finance those facilities. We need similar farsightedness and leadership to develop biogas and low-carbon hydrogen, and find a fair financial way for updating transport infrastructure.

Distributed generation (DG) and small plants near consumption centers offer two advantages over large centralized plants (which, in turn, offer economy of scale and are sited where raw energy – sunshine and wind – are plentiful). DG needs fewer networks and if there is involvement from local citizens, such as through energy communities, supply can be made available to more vulnerable groups and bills can be lower. Local participation also helps avoid NIMBYism.

Freedom is not free; it always comes with a cost

After the Ukrainian invasion we need individual and collective acts of solidarity and a faster decarbonization of the EU economy. A secure supply and environmental sustainability also enable us to defend our freedom. The short-term price may be high – and we must decide if we want to pay that price.