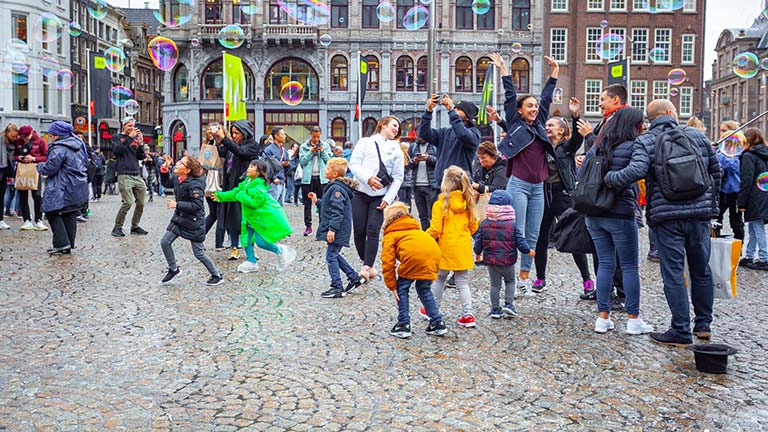 The hopeful future of post-pandemic Europe

The coming six months are set to be important for the construction of the idea of Europe. The funds emanating from the recovery plan (Next Generation EU) will contribute to fix the priorities and to anchor projects that should be strategic for a different Europe in 2030.

The sustainable economy, the recovery of industries to reduce dependence on global supply chains, the digital transformation of SMEs, the modernisation of the public administration, urban mobility, energy independence and the strengthening of the public health system appear as key areas of growth.

The success of the funds lies in the conditionality of the reforms, the agenda of which links the funding to specific projects and public policy evaluation. Investments in education, hospital networks, universities and public administrations are eligible, as long as they fulfil green building criteria and serve to transform services.

The refrain repeated in Brussels is that initiatives should display quality of expenditure, efficiency and sustainability. Public-private partnership, continuing education and a business-friendly environment are safe bets within the multiannual financial framework (2021-2027, €1,074,000 billion) and the funding lines. Their value hits €750 billion (390 for subsidies, 360 in loans) plus €540 billion in health spending. These figures represent 17% of Europe’s domestic income and a threefold multiplier effect is expected on the internal market.

Restoring the lost honour of the EU acquis

Political conditionality, with all the nuances that the Hungarian and Polish governments might wish to introduce, is at the core of European integration. The counterbalance exerted by the European Parliament, together with the institutional leadership of Angela Merkel, serve to restore the lost honour of the EU acquis.

The European Union of 2030 cannot be a mercantile club without aspirations to become a political project, because in that scenario the lure of Syracuse – read the appeal of Chinese or Russian investments without the obligation to meet a set of criteria in line with liberal democracies – is more than likely. Political freedoms are relevant when it comes to receiving funds.

Likewise, clearly we are not experiencing a "Hamilton moment", as some authors claimed back in April and May this year. There is no fiscal consolidation, we have no coronabonds, and none will be forthcoming in the short term. The pooling of debt did not serve to provide the Carthusian countries – the Netherlands, Austria, Sweden and Denmark – with more liberalisation in technology or digital markets, nor an increase in VAT or fiscal discipline.

The timid joint debt issuance is a success for guaranteeing a pooled solution for the next two generations of Europeans. If someone expects the resurrection of Alexander Hamilton, it might be better to foster a common European industrial policy without national champions, golden shares, French-German axes and artificial barriers to growth.

The much touted resilience is to be achieved through the capacity to be flexible in strategic sectors with investments spread across the whole territory, not just the Rhine basin. In the face of digital transformation, European prescriptive power can limit Chinese or US domination of 5G networks, but it cannot create big techs. Perhaps that is the lesson to be learnt from the vaccine: the necessary €900 million are the result of European research policies, private investment and the right to health care.

Next year Brexit uncertainty will persist, which we already anticipate will be a process rather than an end point to the agreements and exchange with the continent. The close relationship is not concluding with an agreement: 43% of British imports come from EU countries, while a messy resolution will cause the European GDP to shrink another 0.5%.

We should not expect any major agreement, but a piecemeal retreat by the UK in the face of the impossibility of leading a free-trade zone with the US, Australia and India. Imperial nostalgia has failed to come up with the expected results.

The structuring of funds presents two relevant coordinates. Climate change can be a lever for competitiveness, if European action is aligned with the priorities of the Biden administration.

The political and trade bloc is a serious alternative to Chinese industrialisation, without environmental or social criteria. Green and energy-efficient industrialisation is the bedrock of economic and strategic independence, as well as a preferred means to introduce new partners in Ibero-America and Asia.

Tourist corridors will be consolidated

In the field of tourism, as vaccination becomes normal, we will end up getting used to tourist corridors: in other words, correspondence between areas of Europe with low infection rates. This is good news for the Canaries and the Balearic Islands, as long as inspection and epidemiological control criteria are met.

Funds could be allocated to expand health insurance in airports and stations with replacement benefit in the event of quarantine. European coordination mechanisms, health capacity on the ground and tracking require European – not regional or national – leadership.

Vaccination opens up a new horizon of economic recovery

Equally, there will be a rise in local tourism, both rural and active. In open spaces, crowds disperse. It will be necessary to encourage tourism using digital media based on pre-sales, mobile updates and culture passes to ensure visits run smoothly.

In short, vaccination opens up a new horizon of economic recovery. When we can get out into the street, it will all be there, ready to be reactivated. The investments of European funds are huge and can articulate the transformation of Europe into a prosperous and sustainable continent. We already have a minimum legislative framework. Now it’s time for political leadership with a European vision.