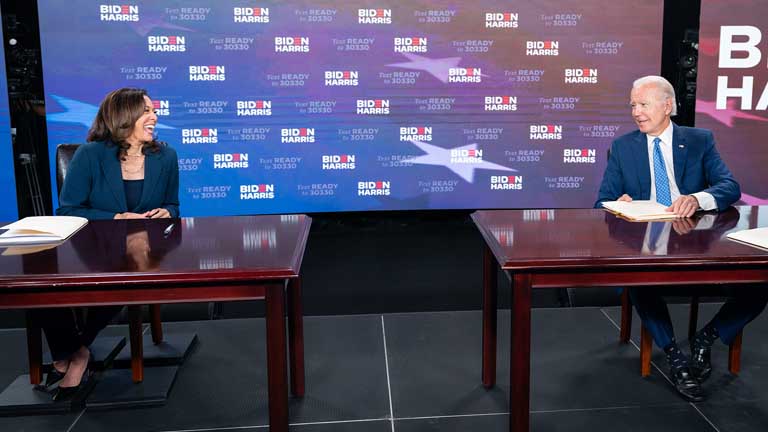 We now have a president-elect. It took longer than expected because Donald J. Trump does not give up and is a highly competitive rival. But there is no doubt about Biden's victory. He flipped five states that voted for Trump in 2016 and lost none of the states that voted for Clinton. The popular vote also gives him a comfortable majority. That is why on 20 January, the 46th President will be Joseph R. Biden Jr., who will be 78 on 20 November.

His extraordinary personal history, widowed at 29, is that of a patrician of the Washington nobility. He has 50 years of experience on the frontline, 36 of them as a senator for Delaware and eight as vice-president with Barack Obama. He represents nostalgia for an America that no longer exists, and his own campaign slogan reflects this idea; after four years of Trumpism, it is time to "restore America's soul". Biden has a phenomenal challenge ahead on four main fronts.

American society has many social divides (the main ones being: inland and coastal, urban and rural, gender, and ethnicity). It is a polarised society as shown by the mobilisation and history of voting. Biden exceeded 70 million votes, just as Trump received more votes than in 2016. In his first statement, the president-elect called for unity. I anticipate an inaugural address in the manner of Lyndon B. Johnson's "Great Society".

I believe we will see a return of Kennedy-style rhetoric with policies addressing inequality, climate change, and racial equality. We will see a moral message, so typical of the American presidency from Jefferson to Bush Jr., that empowers all citizens, and not just partisan voters.

It would help lessen the low-intensity social conflict we see on the streets if Donald J. Trump acknowledges defeat and abandons the legal dispute. His current "it's far from over" attitude is bad news for the transition, although it completes his legacy.

The view from Asia

Most countries will prefer the negotiating style of a Democratic presidency and political agreements will be improved and protectionism reduced. Biden also said that Ireland is a red line in any post-Brexit negotiations with the UK. There will be better relations and more dialogue, even if defence policies are reviewed. But the Democratic decade will see consolidation of interests in the Pacific Ocean to the detriment of the Atlantic.

China is America's main partner, lender, competitor, and rival. Everything that happens on the Asian continent (technology, human rights, industry, infrastructure, and military power) is of concern to Washington. Hong Kong will be the Berlin of our generation.

I do not foresee that the Democratic presidency will produce substantial change in the governance of global problems. However, I am convinced that President Biden will understand European sensitivities and the need to support a certain international order.

Trumpist neo-isolationism has not favoured the global position of the United States, whose neglect of duties has facilitated China's deployment in the form of trade, infrastructure, and illiberal action. For Beijing, consensus means not asking about human or environmental rights when negotiating investments. Climate change may be the lever to opening a discussion about raising environmental standards and so changing the Chinese model of development.

Although for this to happen, a new type of international political leadership is needed. Samantha Power, who was US Ambassador to the UN during the Obama presidency, represents this kind of leadership.

The senator from California is the first woman elected to the vice-presidency. Her professional profile suggests she will play a key role in the engine-room of Biden’s presidency. She is the natural successor, and would take over the role in the event of Biden's illness or incapacity during these four years. Her challenge is to lead specific causes, internationalise her agenda, and pave the way for the 2020-2032 period. As a black woman, she is the individual who can best help overcome the social and demographic fractures.

There is hope in the election of Biden, whose political action may come to represent the transformation and a third re-founding of the United States (in a fitting metaphor by Eddie S. Glaude Jr.). Biden’s arrival at the White House after four years of Trumpism is a return to the "Delaware Way" that has characterised his career. The balm of closeness, calmness, and pragmatism will soothe American society.