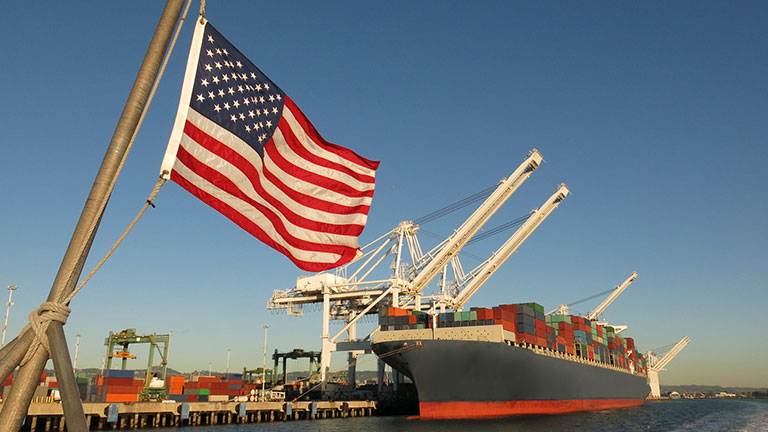 The forthcoming US elections will mark a turning point in global geopolitics. Never before has the election of a Democratic or Republican president been so critical to the possible course of events. We stand at a crossroads in history. Democratic societies have never been so polarised, and never before have so many unexpected (and, on the whole, disruptive) events occurred together over such a short period of time: the health crisis, the economic crisis and the global democratic crisis.

It would appear that individual freedom has reacted more adversely to the Covid-19 pandemic than dictatorial systems, at a time of consolidation for a digital capitalism that creates technological giants with monopolistic tendencies and a limited capacity for the distribution of wealth created.

Meanwhile, populism is showing a strong resurgence amid widespread uncertainty felt by the impoverished former middle classes. China is consolidating its emergence as an alternative superpower. Its stability and efficiency contrast with the chaos in the West.

In these turbulent times, are we witnessing a repetition of "Thucydides' Trap," as defined by the political analyst Graham Allison? "What made war inevitable was the growth of Athenian power and the fear which this caused in Sparta," wrote the Greek historian Thucydides, in reference to the Peloponnesian Wars. On 12 out of 16 occasions in history when one superpower has replaced another, the process has ended in war.

China is consolidating its emergence as an alternative superpower

The American elections will clearly shape the course of history. In the second presidential debate, Trump came across as incisive, spontaneous and somewhat more restrained (his aggressiveness in the first debate would appear to have lost him points in the polls). Opposite him, Biden was well-prepared, hesitant at times, but he showed considerable resilience in the face of the current president's attacks.

In spite of his dubious management of the health crisis, Trump can point to good economic results up until the arrival of the pandemic. During his term, the S&P rose 50% and unemployment showed a nominal decrease of 3%. The candidates have a contrasting Covid strategy: Trump wants to avoid new confinements, whereas Biden is not against them, and would increase aid for the groups that are most affected.

The economic programmes of the two candidates are also different. Whereas Trump proposes to continue with his pro-business policy, with deregulation and tax cuts (particularly benefiting business results and the richest segments), Biden opts for a higher tax effort (along the Keynesian lines favoured by the American left); this strategy is focused, among other things, on the public purchase of American products and the creation of incentives to combat climate change. Biden advocates a return to the Paris commitments, but Trump claims this will destroy America's powerful oil industry. Foul play reared its head in both debates, when Trump accused Biden Jr. of alleged shady dealings in Moscow and Ukraine.

The level of disruptions we are experiencing leads to a paradoxical loop. The ultraliberal leader, Trump, seeks protection from Chinese products through the closure of borders and a tariff war. The Democratic leader, Biden, becomes the last bastion of a globalism rooted in neoliberalism, whose dynamics have destroyed a large part of America's industrial base (taking it to China). Through his stance, Trump becomes the protector of the old industrial workers. The old right captures voters of the old left.

Biden advocates a return to the Paris commitments, but Trump claims this will destroy America's powerful oil industry

Meanwhile, the new left defends the continuity of the globalising dynamic and digital entrepreneurship, whose end product has been the division of society into a billionaire elite and a multitude of workers who have lost their jobs due to globalisation and automation.

The depressed industrial areas of the Great Lakes voted for Trump in 2016 (now, we will see), whereas apparently the wealthy residents of Silicon Valley will vote for the left. There is one thing that the two presidential nominees agree on: the return to Made in America. The return of manufacturing that fled to Asia. Their strategies are different, however: whereas Trump favours a defensive trade war to block foreign competitors, Biden advocates federal support for R&D as an offensive to reinforce the competitiveness of American industry.

The future of the big tech companies warrants a separate chapter. The two aspirants to the White House appear to have little control over big tech. The financial value of GAFAM (Google, Apple, Facebook, Amazon and Microsoft) now exceeds Japan's GDP and is equivalent to 1/3 of America's GDP. Trump and Biden want to limit the power of digital platforms, for different reasons. Trump believes they veto content that would harm the Democrats, and Biden thinks they spread misinformation that favours the Republicans. At all events, both are concerned about their potential monopolistic tendencies, and about how social media can shape public opinion and have an impact on the elections.

With respect to monopoly power, the Democrats led an investigative committee whose conclusions recommended limiting the current power accumulated by big tech and called for prohibitions on these companies expanding into adjacent lines of business (for example, Google with YouTube; or Facebook with Instagram). The shadow of Standard Oil (forced by the Supreme Court to divide into two in 1911, having been accused of illegal monopoly) looms over the big tech companies.

As for social media, it was only recently that Trump tried to ban TikTok (what happens when a huge amount of American data is in the hands of a Chinese company?), and the memory of Cambridge Analytica is still fresh (the data broker company that manipulated data obtained from Facebook to allegedly target undecided voters through the social network in the presidential elections of 2016). Just before the second presidential debate, US intelligence alerted attention to evidence that Russian and Iranian agents were seeking to disseminate fake news aimed at sowing doubts about the legitimacy of the elections.

It is true to say that no one is able to calibrate the impact of these platforms on democratic systems. Therefore, both candidates are opting for a drastic solution: the removal or modification of Section 230, the US law that absolves digital platforms of their responsibility for content from third parties that may not be true or might be considered offensive or obscene.

Indeed, in practice, the protection provided by Section 230 turns the platforms into mere distributors of the information of others. But how should content be controlled and by whom? In a democracy, who is the supreme authority that decides what content is correct? If this control is enforced, social media would lose much of the libertarian and, indeed, democratic power that has made them cornerstones of the new digital society.

If Google, Facebook or Amazon become monopolies, how can a company based on algorithms, talent and intangible assets be divided into two?

The problem is an extremely complex one. The monopolistic dynamics are unstoppable: the larger the amount of data (larger market share), the more reliable the algorithms are. Greater reliability leads to a larger market, more profit and more investment in R&D to secure greater computational capacity and better algorithms. And this leads to a larger market share. Along the way, any startup that threatens the company's business is purchased. The winner takes it all. But if Google, Facebook or Amazon become monopolies, how can a company based on algorithms, talent and intangible assets be divided into two? (this is not a situation like that of Standard Oil, in which refineries and physical assets could be divided up).

These are immense challenges faced by democracy in the middle of a monumental crisis of health, the economy and political and geostrategic leadership. I predict that we will see the rebirth of Made in America. The new globalisation will not be guided by cost efficiency, but by the capacity to attract talent and technology. However, the big tech companies will continue to grow, spreading into all sectors of the economy and exercising monopoly power. And social media will continue misinforming. Sometimes the cure can be worse than the disease.