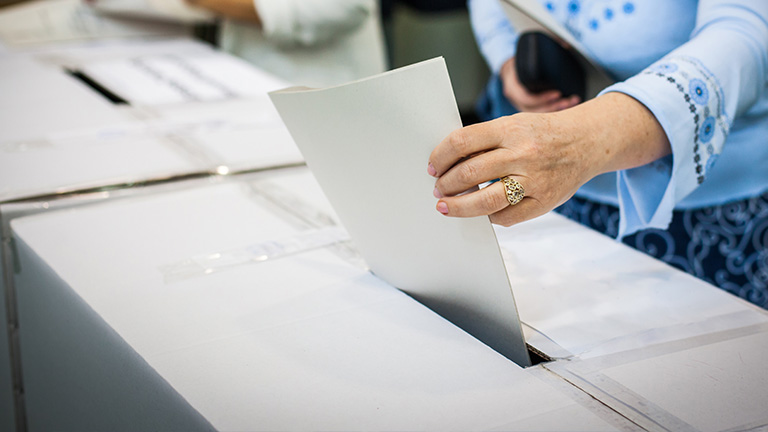 Europe unites behind democracy, but what of the US?

Europe unites behind democracy, but what of the US?

It’s the International Day of Democracy on the 15th of September which, according to the United Nations, “provides an opportunity to review the state of democracy in the world.”

“Democracy is as much a process as a goal,” the UN says. But for some countries, it's a process that appears to be getting further from, not closer to, its goals.

The United States, the world’s oldest democracy, continues to flounder in the wake of Trump’s presidency. Media chatter around the panel examining the background to the Capitol riots, along with the ongoing FBI investigations into the former president’s affairs and a criminal investigation by the Department of Justice, is peppered with words such as ‘treason’ and ‘espionage’.

In January 2022, Juan Luis Manfredi, academic director of the Observatory for the Transformation of the Public Sector at Esade, outlined the challenges to fixing democracy in the US.

In an essay that originally appeared in Spanish in The Conversation, he remarked: “In light of [the Capitol attack], we would do well to reflect on the future of liberal democracies.

“However, before signaling the threats from authoritarian and illiberal regimes, democratic countries should first examine their own internal weaknesses.

“Contemporary democracies need to revise their institutional foundations, norms, and political culture,” he advised. “Without resolving their internal problems, it will be difficult for them to adopt transformative agendas to overcome the challenges posed by today’s globalization, a scenario in which, without doubt, predators are lying in wait for democracies.”

Less than six months later, one such scenario became reality. In June, the country’s Supreme Court — with three of its nine judges appointed by Trump — overturned the constitutional right to abortion that had been established in the landmark 1973 Roe v Wade decision. Twelve US states have since banned abortion, with a further two outlawing the procedure after six weeks of pregnancy – laws that not only remove the right to bodily autonomy of half of the population but also put the lives of women and babies at risk.

Is worse to come?

In a speech earlier this month, current president Joe Biden warned there may be worse to come. There are political opponents, he said, who "thrive on chaos," embrace “an extremism that threatens the very foundations of our republic," and “are determined to take this country backward... to an America where there is no right to choose, no right to privacy. No right to contraception, no right to marry who you love.”

The right-wing US media have been accused of aiding and abetting this erosion of rights: an op-ed in the Washington Post called Rupert Murdoch’s Fox news “a hazard to democracy.”

“If there is no consensus about what is true and false, factual reality disappears,” says Manfredi. “Alternative facts, post-truths, fake news, and echo chambers are new names for lies. Many of those lying hold public office, they’re journalists or work in the private sphere. They’re salaried employees of lies, a booming sector.

“The implied risk poses threats and sets objectives at the cognitive level (the spread of ideas, institutional erosion, the questioning of pluralistic values) and in terms of attitudinal judgment (practices contrary to open societies, a disdain for minorities, and a tendency to homogenize). This is the road to dictatorship.”

In December 2020, the European Commission set out its European Democracy Action Plan, with President Ursula von der Leyen pledging: “Facts have to be distinguished from fiction, and free media and civil society must be able to participate in an open debate, free from malign interference.”

The plan set out measures to promote free and fair elections, strengthen media freedom and counter disinformation. It also proposed legal action on political advertising related to the sponsors of paid-for content and its distribution, recommended measures to tackle journalist safety and protection from strategic lawsuits, and strengthened requirements for monitoring online platforms.

“Democracy in the EU faces challenges from rising extremism, election interference, the spread of manipulative information and threats against journalists,” it notes.

“Citizens should be able to make electoral choices in a public space where different views can be expressed freely. Free media, academia, and civil society should be able to play their role in stimulating open debate, free from malign interference, either foreign or domestic.”

In a speech at the annual EU Ambassadors conference in December 2021, von der Leyen confirmed her commitment to prioritizing democracy, declaring it “Europe's most powerful diplomatic tool.”

“It is essential to our security, the stability in our region, and to the well-being of our societies,” she said.

“As I stand here tonight, equality and democracy are under assault,” he warns. “We do ourselves no favor to pretend otherwise."