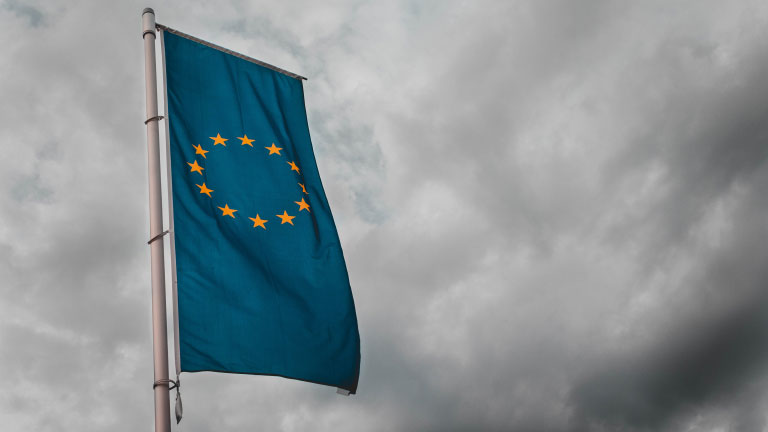 The European Union: towards a sustainable single currency

Reforms to overcome the euro crisis

This article is based on research by José M. de Areilza

A growing number of critical voices are questioning the role of the European Union. The euro crisis, and more recent events like Brexit, have fuelled a debate about whether the EU can tackle its weaknesses. Professor and Jean Monnet Chair-Esade José M. de Areilza warns of the challenges the EU must address to overcome resistance, and calls for a relaunch of the union in the Revista de Derecho Constitucional Europeo.

"Although major steps have been taken to address the eurozone crisis, it remains a huge challenge," warns Areilza. In his research, he argues that European and monetary union cannot survive without a 'new political and fiscal union' that is stronger than originally planned.

"The current scenario is increasing tensions among member states and these political, economic, and social issues make it harder to transfer new powers to Brussels," says Areilza.

The study states that the union needs legal and political reforms to support and sustain current economic reforms. "The European Union needs more representation, transparency and accountability," he adds.

During the euro crisis, integration was often understood as a legal and economic discipline imposed between member states, but not at a European level. "This has created a growing division among member states between those in debt and those lending ⁠– with growing tensions that have weakened European institutions."

"The only way to justify an increase in EU powers is by signing a new "social contract" with European citizens that solves the political and economic tensions that question the union's existence," says Areilza.

During the first years of the crisis, it was wrongly thought that the indebtedness of weaker European economies was the problem, an error in judgement that seriously delayed a joint answer by the EU. The study warns that the euro crisis has not been the debt crisis of a few countries, but has been the result of a poorly designed European Union. "EU institutions lack the mechanisms to ensure stability, correct imbalances, or survive when in crisis."

"The eurozone crisis requires the launch of new institutional, political, and economic reforms, but a sense of direction is first needed. The euro crisis has accelerated the inevitable political debate calling for a relaunch of the union."

When the long financial and economic crisis started in 2008 the EU was facing a political crisis ⁠– which was the growing indifference among citizens towards Brussels. Berlin and other European cities warned that the most difficult crisis to overcome was regaining the trust of citizens in a context of high unemployment, economic stagnation, and a migration crisis that unevenly affects member states.

The study suggests several institutional reforms for the European Union to overcome its weaknesses and truly represent its citizens in member states.

"There is no example of a democracy with such a huge and diverse population that has well-established mechanisms for ensuring accountability and transparency," states the author. European institutions in Brussels must find mechanisms and ways of doing politics that are more transparent and accountable.

The study states that the 2015 Juncker Report recommended institutional reforms to strengthen the European and national parliaments. This change would give the European Parliament more influence on economic and monetary decisions.

Another institutional reform would be the creation of a eurozone treasury, under the condition that collective decisions guarantee democratic responsibility. The EU has prioritised the protection of individual economic rights and it lacks a clear political mandate to promote the common good.

In the mid-term, a future reform should contemplate the transformation of the commission into a European cabinet. This cabinet could be chaired by a government representative who combines both presidencies.

This new European cabinet would keep all the powers and functions of the commission and also have the authority to dissolve the chamber and call for elections.

The cabinet could be dissolved by parliament. In this way, the commission would evolve towards a real European government and leave behind the pernicious practice of nominating state commissioners.