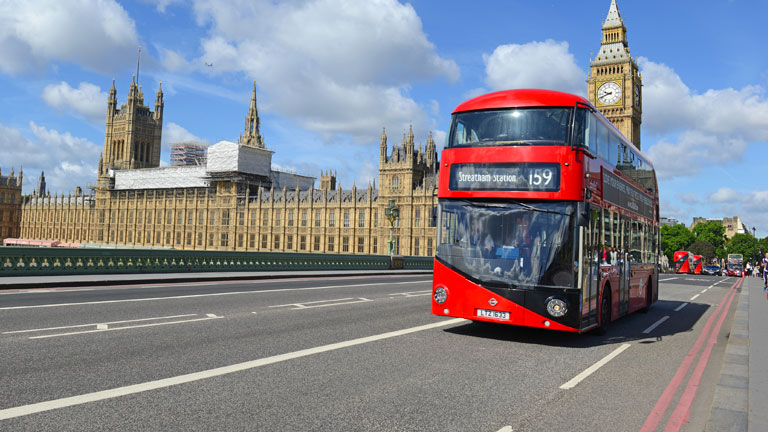 With Brexit, everyone loses, no matter how much it has done to bring the 27-member European Union closer together in the short term.

The second largest economy and the number one military power is leaving. Once the UK has left, on 31 January 2020, a new stage has begun, marked by enormous uncertainties as to the permanent relationship to be defined between the two parties, which will take years to achieve its final form.

The United Kingdom is the first country to express its desire to leave the EU. Nobody knows what it means to become a "former Member State," that is, what the constitutional, political and economic consequences are for the country breaking away from the integration process.

Nor does anyone know the effects for the Union, which loses such an important member.

The paradox is that a majority of British citizens reject Brexit, and even more so in light of the highly uncertain bare-bones agreement negotiated by the prime minister. Yet in the 12 December 2019 elections, the conservative party obtained a clear victory.

Boris Johnson’s divorce agreement amends and, in fact, worsens the agreement achieved by Theresa May on a key issue: the economic and legal status quo of Northern Ireland.

The former London mayor sought to dismantle the so-called Irish backstop and, thus, reject the customs union between the EU and the United Kingdom, which May had accepted as the basis to build a close economic partnership.

The paradox is that a majority of British citizens reject Brexit

The solution was to agree to make Ulster a distinct economy from Britain: it would follow European rules on goods despite being part of the national customs union, provided the regional parliament at Stormont approved this delicate arrangement every four years. Thus, free movement in Ireland would be retained, but, in return, the integrity of the European internal market would have to be ensured through a new intra-British economic and regulatory border between Northern Ireland and Great Britain.

In this way, the rest of the United Kingdom remains connected through EU law only for a brief transitional period, until 31 December 2020.

During this phase, the British will apply EU rules despite no longer being part of its institutions. The interim situation can be extended for up to two more years if so requested by 1 July 2020. But the Johnson government intends to prevent such a possibility and begin to legislate on many areas today covered by EU law.

It also wants to reach a free trade agreement with the EU in record time, even though, once it has left, the United Kingdom will lose negotiating capacity.

There is not enough time to achieve it – the realistic estimate is that it will take between 5 and 10 years, given that four times as much as has already been agreed remains to be negotiated.

For all these reasons, in late December 2020, Great Britain will once again find itself on an economic brink with all the features of a hard Brexit. We will again watch unlikely plot twists and turns in British politics.

An open economy such as Britain’s thrives by exporting services, being an investment platform and offering maximum legal certainty. It needs to receive skilled workers and to stay connected to its main market.

None of this is guaranteed without an advanced economic and trade partnership. Any government in London that aspires to such a relationship will have to accept European rules and standards over which it will no longer have a say.

However, populist passions have time and again hindered the search for a reasonable solution. The leader of the Labour party Jeremy Corbyn has sown confusion instead of working for consensus in a matter of state.

In late December 2020, Great Britain will once again find itself on an economic brink with all the features of a hard Brexit

For no small number of conservatives, their pride in being an old democracy has given way to nationalist arrogance. British conservatives have chosen to abruptly leave their natural economic environment and break with the most developed block in the world, within which successive governments in London had exerted a great influence for the last 47 years.

Today, Johnson is still campaigning, centralising all government power around his chief advisor, Dominic Cummings. With an optimism bordering on recklessness, the prime minister is ignoring data and forecasts.

At the international level, it is worth asking whether the decision to go it alone in a globalisation no longer based on Western ideas, rather than co-leading the Union, and bringing its undeniable external capabilities to the table, is the best option for Britain.

The conservative government aspires to inaugurate a new global presence and reach, but many of its voters are asking for protection and defence against globalisation.

With an optimism bordering on recklessness, the prime minister is ignoring data and forecasts

In the area of security and defence, there are no substantive reasons not to achieve a framework of close collaboration between the United Kingdom and the EU.

As Hugo Dixon has lucidly explained, in consummating Brexit, the United Kingdom regains sovereignty, but loses power. In addition to the economic damage and the decline in the United Kingdom’s soft power or power of attraction, there is the negative impact on the British constitutional system.

Leaving the EU is a threat to its unwritten constitution. Without the anchor of European integration, the internal balances between its four nations and the guarantee of territorial cohesion is weakened. Just the opposite of what Brexit backers so cheerfully claimed with the slogan, "Take back control."

Nor can the rest of Europe simply say goodbye.

The EU is losing one of its engines, the country most in favour of seizing the opportunities of economic globalisation, with an admirable vision of the nation state grounded in parliamentary democracy and the rule of law.

Without the dual serious crises of the common currency and immigration policy, the outcome of the referendum called by David Cameron, a compulsive gambler who was not diagnosed in time, would have been quite different.

The EU of 27 members faces enormous challenges. The first is to reconnect the institutions, rules and policies of Brussels with an ideal of European civilisation and address the challenge to the integration process and its values by ideological extremes.

As Joseph Weiler has explained, the continent is home to too many sceptics towards both Brussels and liberal democracy. The task of relaunching Europeanism is an uphill battle. It will also require one day winning a new generation of British citizens to re-join the Union.