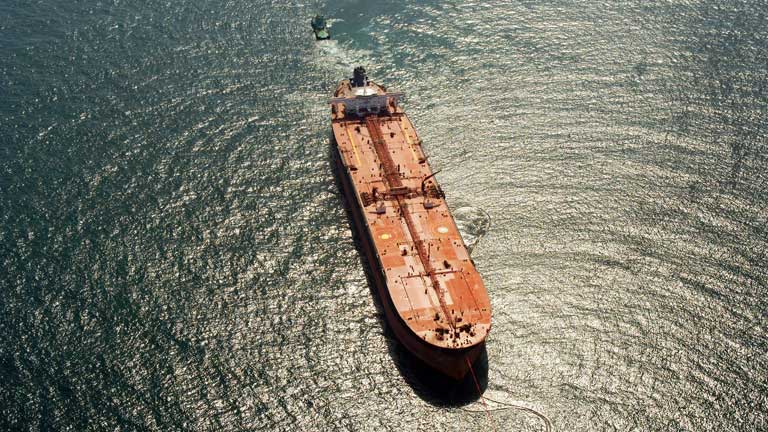 Relations between the EU and the Gulf Cooperation Council (GCC), which includes Bahrain, Kuwait, Oman, Qatar, Saudi Arabia and the United Arab Emirates, do not have a positive track record. Despite a Cooperation Agreement that has been in place since 1988 to improve economic and political relations, the partnership has been incapable of moving beyond formalities to a comprehensive pact on matters of mutual interest.

Attempts to embark towards the latter either failed because of diverging interests on the conditions of trade and cooperation, or due to the preference of Gulf states and some members of the EU, such as France and Germany, to engage bilaterally.

However, with the announcement of the European Green Deal, a vision to fully transform the EU economy through wide-ranging measures to reach climate neutrality by 2050, the EU and the GCC could bolster their waning relationship – if they play their cards right.

On the one hand, the Deal plans for an incremental phase-out of the use of oil and natural gas between 2030 and 2050, which could affect the economic development and political stability of several hydrocarbon-producing partners in the EU’s neighbourhood, as well as global markets. On the other, the centrality of the Gulf states in the Middle East, the normalisation of relations between GCC members, uncertain future oil prices, and the GCC states’ willingness to diversify and ostensibly green their economy indicate that the time is ripe for the EU and GCC to make a fresh start.

What does the Green Deal mean for the Gulf states?

In the recent Council conclusions on Climate and Energy Diplomacy, the EU illustrates the potentially disruptive geopolitical implications of the Green Deal, stating that “it could – in the medium term – have adverse impacts on some, notably those dependent on the export of fossil fuels, including in the EU’s broader neighbourhood”.

The degree to which exporters will be affected by the EU’s policies will vary depending on factors such as countries’ break-even oil price, their level of fossil fuel export dependency on the EU market, as well as the transport methods of oil and gas. Compared to key southern and eastern neighbours, Gulf states, bar Bahrain and Oman, are low-cost oil producers with some of the lowest levels of carbon intensity over their entire life cycle, and are therefore able to cushion the impact of low oil prices in the short term and expected to increase their market share as high-cost producers fall out.

Gulf states’ coffers have recently benefitted from an oil price rally and OPEC+ production cut; however, current prices are still not high enough to meet most GCC members’ fiscal break-even thresholds, thus leading to a widening of their budget deficits and an increase in borrowing to support social measures.

While the Green Deal may not directly affect GCC states, it will accelerate the broader transition away from fossil fuels

Even if they are able to grow their market share in the coming decade, the increasing number of renewable energy options combined with a potential peak in demand for oil in the 2030s lead some to argue that this may well be the Gulf countries’ last oil boom, which they should invest strategically for the post-oil future. In other words, while the Green Deal may not directly affect GCC states, it will accelerate the broader transition away from fossil fuels and is therefore a long-term threat to the ‘no representation, no taxation’ model of GCC states.

A number of other potential security factors mean that the EU cannot afford to look away from what happens in the Gulf. First, the region still plays a central role, and will continue to do so, in global energy supplies, generating a third of daily oil production despite the global energy transition towards renewables. Moreover, recent attacks on energy infrastructure and shipping vessels in the Strait of Hormuz demonstrate the significant impact such events in the region can have on global markets.

Second, since the Arab uprisings in 2011, the centre of gravity in the Middle East has shifted towards the Gulf, with increasingly assertive states like Saudi Arabia, UAE, and Qatar holding political and economic leverage over countries such as Yemen, Libya, and Iraq, to name a few.

Further instability in the region can create ripple effects in the EU’s immediate neighbourhood, ranging from terrorism and proxy wars to state failure and refugee and migratory flows. Furthermore, GCC states can act as spoilers to the potential restoration of the Joint Comprehensive Plan of Action if their interests are excluded, thus leading to increasing tensions between both sides of the Persian Gulf. The EU therefore needs to take into account these wider strategic costs, considering it is playing a leading role in the negotiations.

Third, it is unsustainable for the EU to remain a free rider in Gulf security. While the US has been the GCC’s de-facto security guarantor since the 1990s, the rising uncertainty of US policy in the region indicate that the region does not hold the same priority as before in its global strategy. It is therefore not in the EU’s interest to have other external actors, such as Russia and China, freely occupy this security vacuum.

Fourth, the EU is a recognised partner to all states in the region, and considering the aforementioned state of affairs, it could potentially play an instrumental role in helping design a regional security framework for the Middle East which would be in the interest of all players.

Moving forward through the Green Deal

Despite the strategic importance of the Gulf region to the EU, weak relations between the two blocs mean that the EU lacks sufficient political leverage vis-à-vis the GCC to engage in the abovementioned matters directly. But one cannot put the blame entirely on the EU for this: the GCC members have held diverging views since the Arab uprisings, continue to view the US as the preeminent security partner, and prefer to cooperate bilaterally with EU member states.

Nevertheless, the end of the three-year-long rift between GCC members at the beginning of 2021 is key to resuming EU cooperation with the GCC. To strengthen relations, both blocs need to work in a mutually beneficial way. Energy, climate change, and economic diversification are immediate issues of common concern, and the Green Deal can act as a basis to establish confidence-building mechanisms in these areas.

In this context, Europe can play a greater role cooperating with the GCC on climate change, renewable energy and low-carbon technologies. The EU-GCC Clean Energy Technology Network has facilitated the creation of joint working groups and institutional coordination in these areas, but this needs to move further, to technical assistance and information gathering on capacity-building needs so that GCC members can reach the global targets set out in the Paris Agreement.

Europe can play a greater role cooperating with the GCC on climate change, renewable energy and low-carbon technologies

Furthermore, the EU can support the economic diversification strategies of the GCC based on further development of renewable and clean energy options such as hydrogen. Gulf states are rushing for a spot in the future global hydrogen market; Saudi Arabia is planning to open a $5 billion hydrogen plant powered entirely by renewables by 2025 in the futuristic city of NEOM, and has already signed a declaration of intent with Germany. Similarly, the UAE is signing cooperation deals with countries like Japan to jointly develop an international hydrogen supply chain. The EU should therefore incorporate the GCC as a priority partner in its hydrogen strategy, cooperate in all stages of the value chain and assist with the development of energy storage, transport technologies, and certification schemes.

Another important aspect is the regional interconnectivity of electric grids and how this can bring benefits in terms of security of supply upon further integration of renewable energy sources. The GCC members have developed an interconnected transmission grid, managed by the Gulf Cooperation Council Interconnection Authority (GCCIA), to meet growing domestic energy needs and cross-border power exchange and trade.

However, despite its potential, less than 1% of the region’s electricity supply is covered by renewable energy, representing a missed opportunity for the GCC members to reach their renewable energy targets. Problems include the distortions in the price of electricity due to subsidies, the difference in voltage levels between states, which limits transfer capacity, and lack of harmonised rules.

To facilitate interconnection, the EU should first assist in expanding the installed renewable capacity in the region and help to create common market rules. Cooperation should occur between the EU’s transmission operators and the GCCIA on common rule setting, adequacy assessments and grid planning.

The Gulf region holds great importance to the EU both in the present and in the future. Despite the number of security interests for the EU, its weak relationship with the GCC makes it difficult for it to engage deeply in this regard. The European Green Deal can serve as a foundation to restart talks and forge a constructive relationship that is fit for the ongoing energy transition. This can happen by supporting the GCC’s efforts to combat climate change, helping develop a Gulf hydrogen market, and tackling barriers to regional interconnectivity. Naturally, the Green Deal cannot be the only framework to guide the relationship, but it is a crucial start to structure it in a mutually beneficial way.