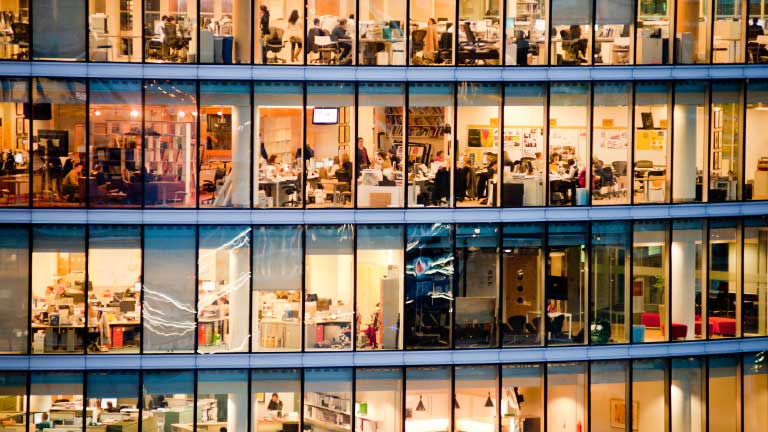 How to adapt to changes in organisations

Surviving in a dynamic world

Many people have encountered turbulence in the environment where they operate. Globalisation, digitalisation, market forces, systemic changes, government measures, regulations and supervisory systems all contribute to dynamics hitherto unknown. This has led to changes in many organisations.

The interaction within and among organisations is changing

For organisations in a dynamic environment that want to prepare themselves for the future, play is a suitable metaphor. This metaphor implies that there are players playing together in change and enjoying it. The play metaphor also helps to initiate changes in organisations.

Players envisage the future, try to find their way in an uncertain world and make an effort to shape their future. This play metaphor is not about planned change with predefined targets. It is about a collective search process, in which players work together towards organising, changing and innovating, with the play metaphor providing a positive outlook on changing and innovating the organisation as a collective process.

For many people, the environment where they work appears to be turbulent and unpredictable

For many people in organisations, the environment where they work and live appears to be a turbulent and unpredictable one. This uncertainty becomes manageable in the interplay with other players in network-like settings. Players from various departments and organisations enter an unfamiliar area, share their experiences of what is going on in their environment, and explore the possibilities of responding to them.

Change is not the task of an individual, but rather an adaptive quality of many

This ties in with a movement to organise work differently, letting go of existing rules, putting the objective first again and allowing professionals more space. The play metaphor reveals that change is not the task of an individual, but rather an adaptive quality of many to collectively shape their environment.

The play metaphor invites players to see the informal life of an organisation and understand play patterns. It is not only about strategies, structures and systems, but also about what is read between the lines, the unwritten rules of the game and ingrained play patterns.

The play metaphor brings out cultural practices, stubbornness, political games and individual uncertainties, and it affects interactions between players.

With actual in-depth change and innovation, these aspects are essential in making changes successful. The play metaphor allows us to discuss how to play, who the real players are, and how much room there is in which to play. The play metaphor helps to make clear existing rules and patterns of play, adapting them if necessary. Play is different from games, where the rules are fixed and competition is dominant.

Rules in organisations are indispensable for maintaining a certain stability

Rules in organisations are indispensable for producing quality and maintaining a certain stability. If existing rules and ingrained play patterns are the source of problems, it is necessary to bring them up for discussion and change them. Changing play patterns is also necessary in order to be able to respond to unexpected events and make room for innovation.

In this tension between stability and innovation, existing rules and play patterns are questioned. As a result, there will be a situation in which a number of players want to hold on to the rules, whereas others will start searching for new rules and patterns.

Players who decide that new rules are needed opt to create space and start new play, allowing for new rules to develop along the way. In this play, people work together, developing new approaches in the process.

At any given moment, these new approaches automatically become part of new rules and patterns, leading to a flow of constant innovation. The play metaphor triggers recognition of rules of play, preserves the strength of existing play, and simultaneously searches for new rules and play patterns that may contribute to the future.

The challenge of the play metaphor lies in the combination of playfulness and professionalism. Playfulness is necessary to change existing rules, break through existing play patterns and try something new. Playfulness without professionalism leads to uncoordinated activities, which may be fun but have little impact. Professionalism is about considering the approach towards change.

Awareness of a variety of change perspectives has increased, and that variety will help in gaining a deeper understanding of the changes and bring them to life in various ways. The impact of a change process becomes visible by embarking and working on it.

Being a player in change

The play metaphor implies that there are players who create context and have impact on the change they envisage. They enjoy tackling challenging situations where they can develop themselves together with other people. People derive enjoyment from play when they can influence their own lives and well-being.

A playful attitude calls for the creativity of the players, who challenge each other and develop scenarios that have no marked beginning or end. They enter into the adventure in the space they create together.

Change as interaction means that players deal with unexpected events and unpredictable moments, while creating opportunities to develop themselves and enjoy doing so.