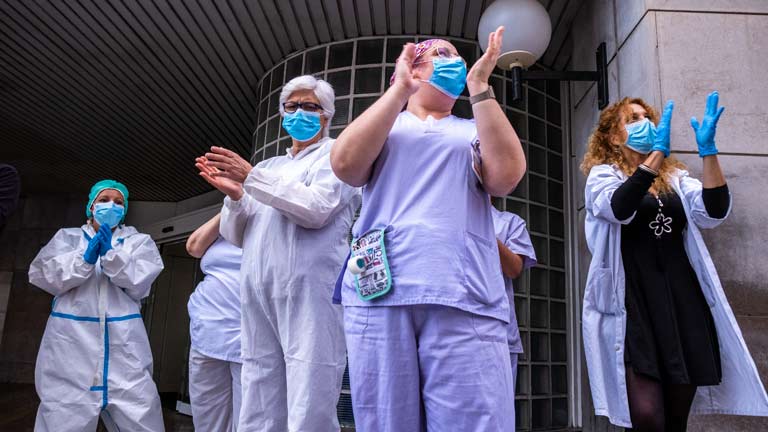 An emerging body of evidence suggests that decentralising public services with a managed competition (MC) process enhances performance. It’s an increasingly popular system that has been favoured by governments for most health services in Europe: public services are implemented by competing service providers and appear to offer value in terms of both efficiency and service quality.

But, says Esade’s Marc Esteve, little is known about how MC systems react under different circumstances, such as a sudden increase in demand.

“One of the main governance decisions that policymakers need to make is whether to implement public services via centralised or decentralised forms,” explains Esteve, who has looked at the subject in a new paper co-authored with Germà Bel of the University of Barcelona. “When public services are implemented via competing systems, service providers contend to provide good services with the ultimate objective of gaining market quota. This is known as managed competition, as the authorities have to manage the panoply of public and private organisations offering the service. The alternative is to manage services centrally, in what’s known as vertical integration.”

The case of Italy

The Covid-19 pandemic has presented an opportunity to assess how the two different systems perform in unforeseen circumstances. Taking Italy as an example, a country which has sadly suffered from a high incidence rate, comparisons can be made between regions such as Emilia Romagna and Veneto, which operate under a more centralised model, with other regions that have opted for decentralised MC systems, such as Lombardy.

When public services are implemented via competing systems, service providers contend to provide good services with the ultimate objective of gaining market quota

According to research that focused on the number of deaths and swab tests performed to compare regional responses, regions with decentralised MC systems saw the largest deaths ratio per inhabitant, with a comparatively small frequency of swab tests. The research concluded that MC systems may offer efficiency gains during normal times, but during a sudden increase in demand, vertical integration systems perform better.

“However, there are many other factors that need to be taken into account before we can decisively say MC health care systems underperform during a crisis,” say Esteve and Bel.

“Different degrees of severity of Covid-19 consequences can be explained by a variety of factors with concurrent effects which make isolating one single factor difficult. One way to assess whether there is a correlation between health management systems and outcomes (such as fatality rates or tests performed) is to compare health systems with different management across relatively comparable jurisdictions.”

To do this, Esteve and Bel used the typology of health management systems and the corresponding classification of countries from the OECD in 2010. Adding publicly available data on the number of deaths per million inhabitants, they computed data for each country, 67 days after the first death from Covid-19 was registered (which is the time lag corresponding to data on Italy from 30 April – first death recorded on 23 February).

“The results do not allow us to establish any sensible correlation between health management systems and the severity of fatalities,” they say. “The average death toll for systems based on reliance on the market (153.7 per million) is lower than that for systems based on public provision (182.8 per million). However, these numbers are hardly comparable; not only because the average numbers for each subcategory are divergent, but also so is the variance within each subcategory.”

Neither, say the authors, do the results take into account the estimation of excess deaths, which vary between countries. “The data do not allow us to make robust claims that systems based on market reliance performed better,” explain Esteve and Bel. “But in no way do they support the opposite: that is, that systems based on publicly controlled mechanisms with a higher or lower degree of vertical integration performed better.”

To make a finer comparison with the situation in Italy, Bel and Esteve analysed the Spanish system, which has similar regional management and a comparable frequency of fatalities.

When the Spanish Government centralised health competencies in response to the crisis, Covid-19-related purchases were chaotic

In addition, Esteve and Bel point out, when the Spanish Government centralised health competencies in response to the crisis, Covid-19-related purchases were chaotic. Ten days after centralisation, most regions went out to provider markets on their own due to a lack of provision by the central government.

“Comparisons between vertically integrated and autonomous management of health systems in an emergency requires an extremely nuanced discussion,” say the authors. “A crisis emphasises the need for strong leadership and central control at a strategic level on one side; but it also emphasises the need for local autonomy and operational flexibility on the other. Local agility can be difficult if central restrictions are too strong and give limited room to local authorities. Management systems must be decentralised to a certain point, which implies that politicians and public managers must facilitate a self-organised response system, instead of trying to control the system.”

As governments seek new ways to deliver services and projects in times of fiscal austerity, further studies that systematically examine how best to make a success of these organisational forms will undoubtedly be of enormous value.