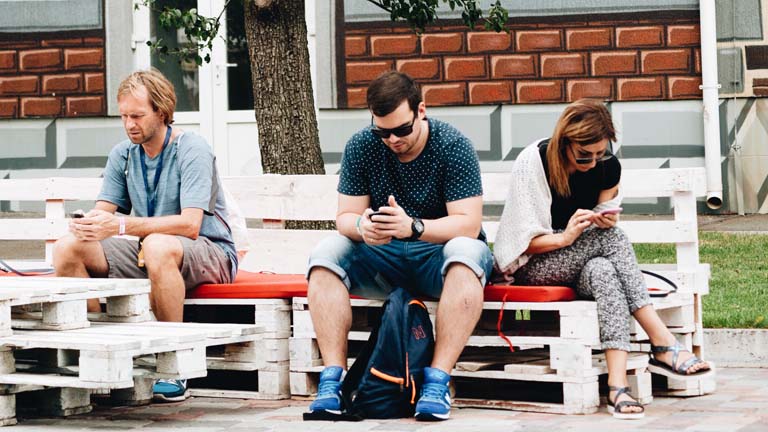 The mistake of over-inferring motives from choices

Blame clickbait culture, social bubbles, or visible inequality as you will, but no one can deny the rise of populist politics and the polarisation of our social discourse. As we increasingly surround ourselves with people we perceive as like-minded, our view of others who are not becomes more extreme – and we make increasingly untested assumptions about why other people make the choices they do.

Understanding what we think about the motives for other people's decisions is the object of research by Kate Barasz and Ioannis Evangelidis from the Esade Department of Marketing, together with Tami Kim from Darden School of Business at the University of Virginia. Their paper, published in the journal Cognition, is titled: I know why you voted for Trump: (over)inferring motives based on choice.

They set out to investigate how – and to what extent – the way people think about the value of an attribute influences how important they perceive that attribute to be in other people's decision-making. Through a series of experimental studies and surveys, they demonstrate a novel value-weight heuristic, which biases the way we think and judge the motives of others. The more a chosen option has an attribute whose value is seen by us as extreme (such as, a political candidate with a policy position we find hateful), the more that particular attribute is seen by us to motivate the decision-maker's choice.

Understanding other people's choices in a changing world

Following unexpected outcomes like the victory of Trump in the 2016 American presidential elections, or the Brexit referendum in the UK around the same time, there is always speculation about why people collectively chose the way they did. The very things that seem the most powerful reasons to make the opposite choice – such as a stance on immigration that is perceived as racist and xenophobic – are assumed to loom largest in the minds of those choosing that option.

The researchers show that it is our own perception that a policy is extreme and unpleasant that adds weight to it and shapes our view that it is a deciding factor. In fact, it might often not be a big deal at all to the person casting their vote.

When we observe what other people do, we can easily jump to the wrong why – and this can lead to self-reinforcing beliefs about that person

The researchers validated this heuristic in experiments across a wide range of domains, such as political preferences, product choices, or even people's decision to move to a given city. For example, in one experiment, respondents were more likely to attribute another person's decision to move to a given city to that city's weather (rather than things like job opportunities or the cost of living) when the weather in that city is extremely good: "even when controlling for the actual city, the more extreme the weather was perceived to be, the more important it was considered to have been in the decision-maker’s choice."

So even when more neutral and less value-driven speculation about someone’s motives is encouraged, we still use our own feelings about an attributes value, to infer its weight in other peoples' decisions. It does not seem to matter what contextual information the respondents have about the decision-maker's options and preferences, the weight of influence of a factor like weather is broadly determined by their own ideas of whether the weather was a big factor or not.

Over-inferring: a mental leap too far

In other words, when we observe what other people do, we can easily jump to the wrong why – and this can lead to self-reinforcing beliefs about that person. This effect is pervasive in observer studies when respondents are deliberately told about the decision made by a specified other.

Naturally, this "well they WOULD say/think/do that anyway, because they already XYZ" type of thinking can create even greater distance between two parties, and reduces the likelihood of discussing and exploring differences of opinion in a healthy and constructive way.

In everyday life, we have to operate with working assumptions about all sorts of things. The motives of friends and strangers are just a part of the data we attempt to parse and collate through a jumbled process of observations, expectations, biases, and attributions.

Since the earliest observations of behavioural economists in the twentieth century, we have understood that these heuristics help us navigate a complex and information-rich world. We also know that we frequently mistake them for rational analysis: we think we are "thinking slow", when in fact we are not really thinking at all; we are jumping to all sorts of possibly incorrect conclusions based on the flimsiest of evidence, backed up by our own preconceptions.

Assumptions often lead us to oversimplify other people’s motives

The researchers clearly demonstrate the potential risks of over-inferring motivations and beliefs from the decisions and actions of others. They also show that we act as if the available information about a situation is specific and complete – even when we are told explicitly that is it not. We then use those inferences to predict future behaviour, in ways that can easily be way off the mark, and likely to diverge further and further from the facts. Continuing with the main example from their paper, the researchers note: "The basic presumption that Trump voters selected their candidate because of – rather than despite – his immigration policy generates an entirely different set of downstream conclusions and attributions."

As a Forbes report on the paper stated: "The problem is, these assumptions often lead us to oversimplify other people’s motives, and we fail to recognise that people consider many factors and make complex trade-offs before making a decision." Therein lies the explanation of so many mistakes.

From the rise of populism in many modern democracies to the growing embrace of identity politics, the more we over-infer, assume, generalise, and oversimplify the decisions other people make, the less likely we are to think about them, learn from them, and understand them. And that's bad news for all of the important decisions the world needs to make right now, at every level from local communities to transnational organisations.

All that glitters is not gold: the risks of contact-tracing apps

The problem with business school rankings

Breaking the vicious circle of depression