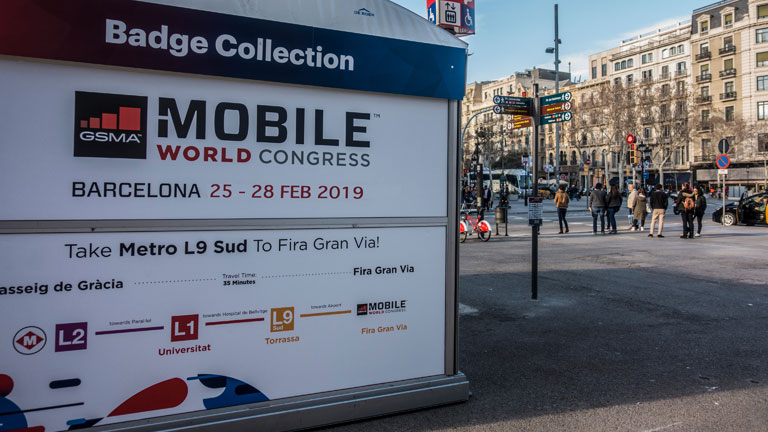 A few days ago, we received the bad news about the cancellation of the Mobile World Congress (MWC) that was scheduled for the end of February in Barcelona. As we recover from the disappointment, it is time to reflect on the ability of Barcelona to host a congress as strategically important as the MWC.

Is Barcelona ready to host such an event? The MWC could have been an isolated congress that was disconnected from the industrial and technological reality of the city.

However, Barcelona has several qualities that have made the MWC the icing on the cake. As a result, the MWC is leading the way for the emergence of a strong local electronics and digital industry – the basic ingredients for which exist already.

Barcelona is an attractive city with an excellent quality of life, numerous cultural activities, attractive architecture, an extraordinary cuisine and a very agreeable climate. It is an optimal place for attracting entrepreneurial, managerial, technological and investor talent.

The city also generates considerable local talent: who are trained to become internationally recognised professionals by the city’s universities and business schools.

Barcelona is an optimal place for attracting entrepreneurial, managerial, technological and investor talent

We have technical skills that originated in the first industrial revolution, as well as modern manufacturing skills. And, as a climax to all of the above, a powerful cluster of digital entrepreneurs has been established in recent years.

Catalans are enthusiastic users of digital technology. Internet penetration in the 16-45 age group is 99%. Some 40% of firms with more than ten employees use digital channels for trading.

The Catalan digital industry includes over 15,000 companies and 106,000 employees, and has a turnover of €17 billion. It is one of the fastest growing sectors of the Catalan economy (with a 27% increase in the number of companies since 2013). HP, Fujitsu, Cisco, Canon, Lenovo, Epson, Ricoh, Xerox, Microsoft and Oracle are among the many companies with centres in Barcelona.

The powerful vehicle manufacturing sector, with SEAT leading the way, is undergoing a digital transformation and merging with the computing and telecoms industry.

In addition to established businesses, we can include more than 1,300 start-ups, driven by a wave of entrepreneurial activity led by emblematic organisations such as Barcelona Tech City, which have positioned Barcelona as the major hub for European digital firms.

With these extraordinary local conditions, it is not surprising that the GSMA, the trade body representing the global interests of telecommunications operators, chose Barcelona as one of the main locations for its international congresses (along with Los Angeles and Shanghai).

It will take us a while to discover the exact circumstances, beyond the coronavirus crisis, that have led to the cancellation of the 2020 congress.

Perhaps the current technological battle between America and China for control of 5G networks is involved. The coronavirus could be an excuse for hitting Huawei with a defection of American companies from the Barcelona MWC, given that Europe is now a technological no man's land that must find its own voice in a newly polarised world.

Despite Barcelona's extraordinary entrepreneurial and technological base, the city must also find its place in the new global scenario.

Competitiveness is achieved day by day, in a world of constant technological and geopolitical disruptions. It is necessary to fight again for the Mobile World Congress.

But we must ensure that the MWC is integrated and connected within a dense and vibrant network of technologically intense organisations and projects, led by coordinated and dedicated administrations with managerial and political talent, strategic vision, generosity and the resources needed for building a truly innovative digital economy in Barcelona. Voters must demand that this objective is achieved.

We are stewards of an accumulation of knowledge and innovative efforts produced by decades of hard work. We rose to meet the challenge of the ‘92 Olympics.

The Barcelona Olympic Games opened the city to the world, inaugurated several decades of prosperity and enabled an excellent global positioning. Now is the moment to recover the Olympic spirit and transform Barcelona into southern Europe’s major technological hub.