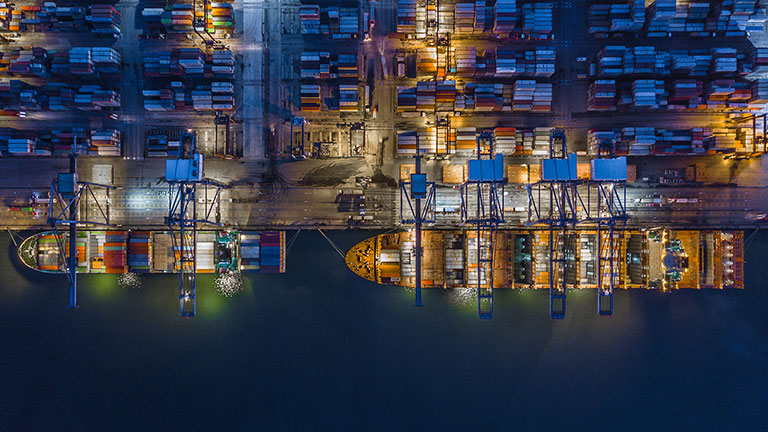 "No matter how good your forecasts are, if you use 40 components to manufacture a product, a lack of just one will affect your production rate"

Just before the Black Friday, supply chains got logjammed. Lines of ships waiting to enter ports were the symbol of a crisis that is far from over and now is disrupting Christmas shopping.

Esade economics lecturer Pedro Aznar answered some questions regarding this issue for the report published at Do Better. Here you can find the complete interview:

This crisis is the result of a major circumstantial factor caused by the pandemic. As a result of the coronavirus, some of the main manufacturing countries applied very strict confinements in their factories. This lockdown happened along with other structural elements such as a lack of microchips and containers.

When the pandemic broke out it took us all by surprise. It was as if we all stopped at the same time and left our cars in different places. This is what happened with shipping containers. Then, when demand picked up again, these containers were not all where they were supposed to be.

Hence the long queues at ports?

Producers, manufacturers and shops were in a rush because of the impending Christmas season, leading to even higher demand and extremely long queues at some major ports. It used to take about 40 days to ship a container from China to the United States, now it takes an average of 70 days.

It used to take about 40 days to ship a container from China to the United States, now it takes an average of 70 days

What about Christmas? Will goods arrive on time?

This Christmas there might be smaller quantities of certain toys on the shelves, so the typical toys that always sell out might be affected more than in other circumstances.

Surveys say that 75% of consumers are worried about shortages.

Consumers tend to take fright, as shown by the panic buying in supermarkets during the pandemic. But if staple goods didn’t run out then, they are even less likely to now. So I’m not very worried about shortages because I don’t think we’ll have widespread shortages. Just the occasional product will run out, and waiting times will be longer.

Should the industry have been more forward-thinking?

Even if industry had been able to predict this situation, the restrictions in many countries reduced their production capacity. No matter how good your forecasts are, if you use 40 components to manufacture a product, a lack of just one will affect your production rate.

Is this due to over-reliance on Asia?

China is often said to be the factory of the world, which is true to a certain extent. Spain, for example, has a considerable manufacturing sector but many components come from China, so it relies heavily on supply chains originating in Asia.

Can this model be changed?

I think this crisis will lead to an overhaul of global supply chains. To what extent is it a good idea for many of the components we need in manufacturing to be made so far away? This came about mainly for a question of costs and profit margins, but I think some industries should focus on the strategic necessity of avoiding shortages. Just as we often think about who we rely on for energy, because without energy the country would grind to a halt, we must realise that this could also happen to other sorts of goods and services.

For some staples at least. Not all of them. It’s not the end of the world if you buy a new car in six months’ time rather than right now. But this crisis may make us reconsider the industries we should not rely on too heavily because such reliance could curtail the growth of our own economy. Spain’s economy, for example, relies heavily on energy, and a possible problem with energy supplies could impact the country’s economic growth.

So far, the supply crisis has made the prices of some products soar. Will this hit our wallets?

I think that one of the first consequences we’ll see for a while is higher inflation. Firstly because the famous container crisis has caused higher shipping costs. Prior to the coronavirus, the cost of sending a container from Shanghai to the USA was US$ 2,000. Now it’s US$ 25,000. Some rates are now ten times higher. This will end up affecting virtually all products, from the sweaters we wear to smartphones.

How will all this affect the economy? The EU has already lowered its growth forecasts.

All these shipment delays will mean slower production in some industries. If car manufacturing, for example, is hit or forced to slow down, GDP will end up being affected. This is in addition to the inflation mentioned earlier and its impact on the consumer shopping basket. If wages go up by 1% but inflation increases by 5%, consumers will have to deal with a loss of purchasing power.