Article by Pablo Vázquez Galobart for Do Better

Black Friday is here and the supply chain is still logjammed. Lines of ships waiting to enter ports show that the crisis is far from over and now threatens to disrupt Christmas shopping.

Will the shelves run out of toys? Are there enough mobile phones and consoles for everyone? Shadows cast by shortages are spreading unease among shoppers as companies and governments struggle to ensure that optimistic hopes for the Christmas season are fulfilled.

Some 75% of consumers admit to worries about delays and shortages according to the Deloitte Holiday Retail Survey. Yet, paradoxically, shoppers have not changed their spending habits and seem no more of a hurry than in previous years to start buying their gifts.

“No matter how often we are told to buy early, we still start shopping late. We don't know how to anticipate as consumers. Most of us end up leaving purchases for the last minute, and this causes a major bottleneck during the Christmas sales campaign,” explains Pedro Rey, lecturer of behavioural economics at Esade.

Unlike other Christmases, the supply crisis means those who buy at the last minute will be more likely to miss out on the gifts they really wanted to buy. This means that many people will have to accept second-best gifts.

“We all feel obliged to give presents and so we end up buying and receiving things that we aren’t completely happy about. This will create another logistics problem with lots of extra returns,” warns Rey. 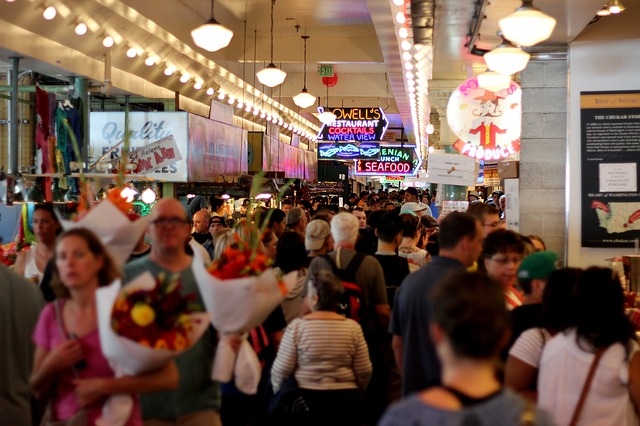 In addition to these difficulties, a strong December peak in demand will cause a noticeable and inflationary jump in prices – especially for electronic products.

"People were cautious during the pandemic and saving rates increased", Pedro Rey.

Nevertheless, according to Salesforce, consumer forecasts are optimistic: sales are expected to exceed one trillion euros worldwide between Black Friday and Christmas.

“People were cautious during the pandemic and saving rates increased. However, savings usually end up being spent and the time to spend is now because Christmas can be celebrated in a more normal way,” says Rey.

In the meantime, while awaiting a tsunami of purchases, the global supply chain remains stretched to the limit. Container and raw material shortages follow months of delays caused by the pandemic.

“This is a vicious circle and it's going to take a long time to fix,” explains Jaume Hugas, a lecturer at Esade's Department of Operations and Innovation. “For example, this week there were still 90 ships waiting to enter the ports of Los Angeles and Long Beach – and President Biden has announced urgent measures to correct the problem”. Both Californian ports have been working against the clock for weeks to comply with orders from the president to speed the unloading of goods by working 24 hours a day and seven days a week. Even so, a line of ships continues waiting at anchor in front of the docks. “The problem is that there aren’t enough trucks or truck drivers to unload everything that is arriving,” adds  Hugas.

The logjam is much the same in China, where Singles' Day was recently celebrated at half throttle because of the logistics crisis. The huge ports of Shanghai, Ningbo, and Shenzhen seem unable to cope with increasing global demand. Freight shipping rates have been sky-high for months. Up to €10,000 is being demanded to transport a container from Asia to Europe – ten times more than before the crisis.

"Little by little, the trend will be towards a regionalisation of industry”, Jaume Hugas.

Giants such as Apple have been forced to cut production forecasts for some of their flagship products. Others, such as Nike and Levi Strauss are chartering cargo planes to transport their goods – with the consequent increase in costs.

“It will be a good lesson for them to review their just-in-time manufacturing model and remember that suppliers must be near to factories,” says Hugas. “Manufacturing-only-in-China is going to stop. Little by little, the trend will be towards a regionalisation of industry”.

The crisis is forcing businesses to make decisions about the future, and many governments may also be forced to review the medium- and long-term prospects of their strategic industries.

“Perhaps this crisis will make us realise that it is important to ensure minimum stocks exist of goods and services – at least for certain basic products,” says Esade economics lecturer Pedro Aznar. In the microchip industry, for example, the United States has decided that the nation must become less dependent on Asian factories”.

"Russia knows that Europe needs its natural gas – and that enables it to achieve non-economic goals.", Pedro Aznar.

Moreover, according to Pedro Aznar, geopolitical elements are increasingly being added to this equation. “Russia knows that Europe needs its natural gas – and that enables it to achieve non-economic goals. The same is happening with trade relations between the United States and China”.

It is difficult to predict when normality will return. Most experts agree that the crisis is likely to last for a long time – and for much of 2022 at the very least.

The world still has a difficult few months ahead – both for the global supply chain and for economic growth. The hope is that the situation will gradually stabilise once the frantic bustle of the Christmas shopping season finishes.