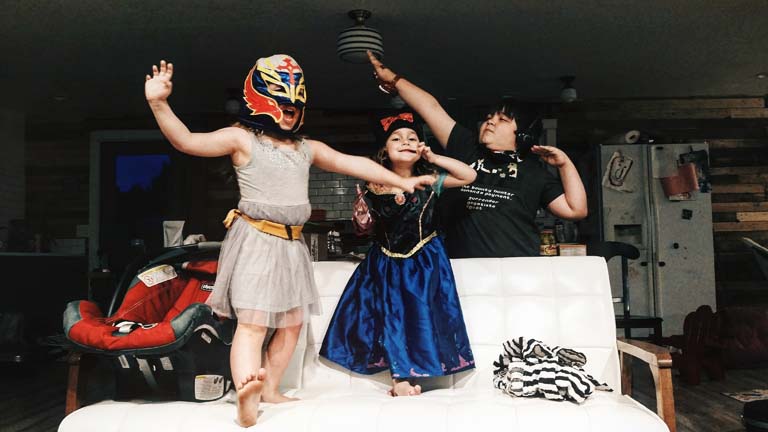 The power of play in organisational life

Do play and organisational change go together? Playing offers a valuable perspective for change when the environment is dynamic and uncertain, and organisations want to prepare for the future.

Playing is part of our culture. It is about what we consider valuable and how we interact with each other. In all cultures we see children playing, and they usually play the same games. They experience freedom and fun and are not yet bound by the rules of the culture in which they are growing up.

As we grow older, our cultural values start to influence the way we play. We fear that others may consider us as immature, crazy, or wasting time. The fact that we think of playing as something childish is part of our culture, and how we look at playing.

Art is a special form of play. For a long time, people devoted considerable time and energy on all types of art. It is quite probable that the earliest art forms played an important role in the social life of our ancestors and thus for their survival. By creatively playing and experimenting with all kinds of materials, our ancestors made numerous discoveries, such as fire, the bow and arrow, and the wheel.

By creatively playing and experimenting with all kinds of materials, our ancestors made numerous discoveries, such as fire, the bow and arrow, and the wheel

Play uncovers cohesion and promotes creativity and resourcefulness. It gives us new ideas and solutions. Play thus contributes to survival and our collective consciousness.

Children enjoy playing because they create the play together, make up the rules of play, challenge each other, and have fun. They do not play a game just to win or to lose. The distinction between play and games is relevant [1]. The purpose of a game is usually clear.

Play is more open-ended. Most games have strict rules and a referee seeing to it that the game is played according to the rules. A game is often extremely serious because there is money and prestige at stake.

There is less competition in play than in a game.

Play is about collaboration, and not about opposition. In play there are no political games in which one tries to strengthen one's position at the expense of others. There are rules in play, but they are used playfully and easily changed if that makes the play more fun and attractive.

The rules in a match are strict and any violation is punished. There is no aggression in play, as is often the case with a game. Someone who behaves too aggressively when playing is easily corrected by others because you make the play together while you play [2].

Preparing for the future

Playing and learning are inextricably linked. While playing we learn best how to understand and handle reality. We learn from our mistakes and are invited to change our behaviour. It is precisely when there are limits to space, time, and materials that play gives us new ideas and solutions.

All smart mammals play when they are young. There is a biological need to do so. When young animals are unable to play, they show strongly deviating social behaviour and die earlier than peers who are able to play. Playing allows young animals to prepare for the behaviour they need when they are adults. Young lions jump at each other and practice for later when they catch a springbok. Young chimpanzees practice social behaviour that allows them to function in a group. Grizzly bears that play the most in their youth have the greatest chance of survival [3].

People also need play to learn and socialise. The development of the frontal cortex in the brain is related to the time that children spend playing. This part of the brain is relevant for cognitive skills, such as distinguishing relevant and irrelevant information, seeing patterns, recognising feelings and emotions, and envisaging the future.

Compared to animals, people have extremely long childhoods. The longer your childhood, the more you learn. The more you learn, the better you develop into who you are. Although playing has no direct goal, playing as an exercise helps us to deal with challenges [4]. People who play learn better how to deal with the world around them and respond better to unexpected events.

Learning to play together

Children who play together develop the social skills they need later in life and are better able to engage in social relationships. They learn to respect the needs of others and develop confidence in themselves and each other. Healthy collaboration involves taking each other into account and is based on openness and honesty, and generates fun and enthusiasm.

By playing, people can fulfil their ambitions together with others and continue to develop. Collaborative play arises in dialogue between people from different backgrounds who work together and challenge each other. They create new opportunities in an ongoing process.

The fun of playing grows when players know how to create space together and are able to influence their lives and well-being. Collaborative play may just be the most adequate way to deal with ambiguity and uncertainty in the world around us [5].

Collaborative play often starts with curiosity about what is going to happen. There is a sense of the unknown and excitement about the possibilities that play offers and space is created for new ideas and perspectives. During the actual play, people enjoy the movement that develops. Play experiences contribute to knowledge, understanding, and skills. Shared experiences provide understanding of the working methods and culture that we have created together.

This provides awareness of the power to change and the way in which we can bring about changes together [6]. Collaborative play gives satisfaction when players create a new future together and can learn from each other. Imagine that we can see changing organisations as a form of play that makes us feel free and enables us to have fun.

Play provides room to try new behaviour and develop new ideas. This frees us from ingrained patterns and can contribute to profound changes in organisations and our culture.

Organisational change as a form of collaborative play is not about a competition with winners and losers, but about players who work together on a future and make transformational changes in a dynamic and ambiguous world [7].

Francisco Loscos is a lecturer at Esade Business School. He has co-authored, together with professor Jaap Boonstra, the book Change as a game of strategic interaction, as well as different articles related to strategic change management.