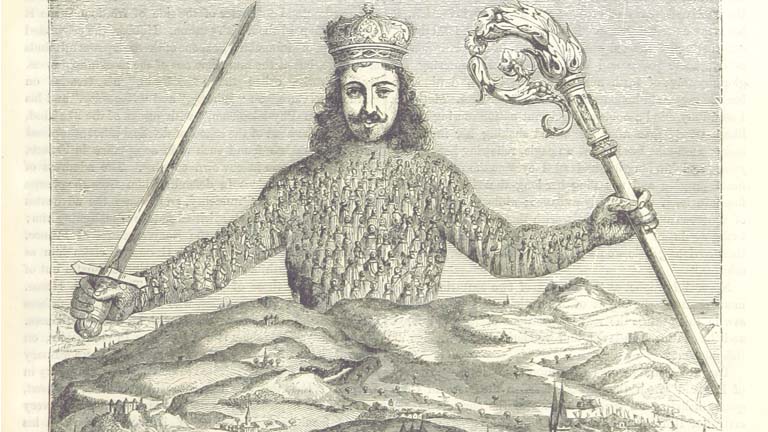 I recently read a few fascinatingly candid comments by Arnie Kantrowitz, a professor of literature from New York and one of the first gay activists. Kantrowitz deliberately chose to live a promiscuous life during the tough AIDS period. In an article in the mid '80s, he talked about his experiences ranging from the sadness of so many deaths to the pain caused by those who laced that disease with hurtful prejudice against his homosexuality. Paraphrasing them he asked, "What's the bad news? Has God unleashed his cosmic vengeance on us all? No. The bad news is simply that we must take responsibility for our actions."

It is certainly fascinating that this activist fighting for the rights of his community came to the same conclusion as Kant two centuries earlier, or Plato more than two millennia earlier. This demonstrates the problem of humanity's moral evolution: we seem to be treading water, which might be discouraging – but not necessarily. It has a certain charm and pedagogy.

One of Kantrowitz's fellow countrymen, the famous US Supreme Court judge O.W. Holmes used to say that human beings need "more education in the obvious than research into the obscure." A good slogan, particularly in times of crisis.

Pessimists would say that we always move in circles, and optimists, that we move in spirals. We can rule out the ancient way of depicting civilisation like a one-way line of progression. It is better to assume that the present time and the origin, and excellence and the starting point, are often connected and almost touching.

Let’s return to the quote we started with. Is having to take responsibility for your own actions really bad news?

Kantrowitz thought it was, and it’s difficult not to empathise with how he felt watching his friends die whilst shielding themselves from public humiliation. But from a less emotional standpoint, it’s not even bad news. It’s just what it is and nothing can be done to change it. It is the foundation and origin of ethics and, insofar as the human being is an ethical animal, it is the cornerstone of our life.

True happiness has never been devoid of difficulties or pain

A Greek philosopher would go further and say that happiness is precisely the ability to shoulder this responsibility. There is no doubting that it might be a difficult, painful process but true happiness has never been devoid of difficulties or pain. And if happiness required us to eliminate this or avoid that, we would not be happy either because these are inevitable parts of human life and battling against the inevitable is destined to fail.

For many people, these are difficult, painful times. People who see it like that because they have personally suffered the consequences of the disease deserve the same sympathy that any good person would have for Kantrowitz.

But in addition to all this, one’s perception of the difficulty of these times depends to a considerable extent on the obligation to submit oneself to extremely demanding responsibilities that infringe our basic sense of entitled citizenship (to go where I like, meet whom I like, buy where, what and when I like) which are, moreover, imposed rather than chosen. Furthermore, they are undeserved because at the end of the day I have done nothing as an individual to put myself in my current situation. And in general, we are reluctant to embrace undeserved things. We usually say they are unfair. Why do I have to take responsibility for something I have not done?

We are reluctant to embrace undeserved things

The answer is because of dignity. We usually regard dignity as linked to rights, particularly those known as fundamental rights or human rights. This is perhaps why we are not very used to wondering what makes us deserve them. Why, for example, do self-confessed paedophiles deserve a fair trial? Or why do terrorists deserve not to be tortured? I sometimes ask my students this and they often hesitate before answering, and some openly admit that they do not deserve them.

I seize this good teaching opportunity and tell them without any bitterness that they do not believe in human rights. There is no need to be embarrassed about one's ideas, it’s just a conceptual issue. If we deny terrorists the right not to be tortured precisely because they are terrorists then we haven't understood a thing about human rights. Or we don’t believe in them.

Paedophiles do, in fact, deserve the right to a fair trial, and terrorists deserve the right not to be tortured, as much or as little as the rest of us deserve these rights and other civil and political rights whose infringement causes immediate indignation. All we have done to deserve them is to be born human. And this is the very definition of human rights: the rights we acquire by simply being a human being, taking nothing else into account. Merely for belonging to our species, something we neither deserve nor fail to deserve, something that spiritual traditions regard as a gift or miracle but which also means being part of the greatest destructive force on the planet.

Power and the ability to do harm are accompanied by responsibilities

Our insignificant individual actions, or even our own existence as a biological entity, make us dangerous due to aggregation. Dangerous to our environment, dangerous to ourselves. Potentially devastating. Acceptance of this must be, in these times of globalised society, the basis of ethical thinking.

Rights and responsibilities are not two antagonistic concepts but quite the opposite: two dimensions of the same concept. They cannot exist without each other, as demonstrated by the most elemental juridical theory. It is obvious that if I sign a contract to buy something, I have a right to that item because of the proportional right acquired by the seller to give it to me. His obligation tallies with my obligation to pay him the amount agreed upon, an amount to which he is entitled.

Our insignificant individual actions make us dangerous due to aggregation

The same applies to fundamental rights. If I am entitled to such a basic right as the inviolability of my home, it is because there is an equally basic obligation applicable to everyone not to enter my home against my will, which is, in fact, the same obligation I have not to enter other people's homes. Hence the famous liberal slogan: one person's freedom ends where other people's freedom begin.

In short, a right (any right) only exists insofar as there is also an equivalent responsibility that makes its content possible. This has been said since Aristotle, who demonstrated it with geometry, to emphasise that rights and responsibilities are not a matter of what is desirable, but pure rationality.

Many centuries later, another philosopher who relied heavily on reason, Thomas Hobbes, imagined what the world would be like if there were only rights, if we all had unlimited rights to everything. The outcome of his speculation is well known. The war of all against all, man as a wolf to man, and the need for a totalitarian state to prevent the bloody anarchy of rights by sidelining them and authoritatively imposing responsibilities. A political nightmare.

It is no coincidence that the safeguards implemented by different governments in response to the Covid-19 crisis prompted a warning cry about the possible loss of fundamental rights and democratic freedoms. The sabre-rattling employed by the same governments only serves to fuel such conjecture.

But there are even more profound reasons for concern. The realisation that each of us is a potentially dangerous virus spreader, and that the important unit of measure is not the individual but the group, implies a huge challenge to the viewpoint of liberal philosophy.

Like never before in modern history, the current crisis has shown us that individuals are infinitely small parts of a great biological mass

Like never before in modern history, the current crisis has shown us that individuals are infinitely small parts of a great biological mass. The safeguards that public authorities have asked us and continue to ask us to take are not aimed so much at protecting individuals as preventing the potential danger caused by this biological mass, this entity consisting of us all. This scenario is conceptually worrying. It brings to mind the heaps of tiny humans that constitute the metaphorical body of Leviathan on the cover of Hobbes' famous book, the title-page legitimisation of totalitarianism.

This is not what we want. We do want our rights to be taken very seriously but precisely because we want our rights to be taken very seriously, we should also take our responsibilities very seriously because it is the same question in both instances: taking our dignity very seriously. And human dignity is not based on rights. It is true that it is manifested through rights but it springs from something more profound, something related to our capacity to act freely and our immense power to do good and, above all, do evil. It is not more dignified to demand that others respect us than to respect others. It is highly dignified to deliberately try to prevent the harm we are capable of as individuals, of course, but also as a species.