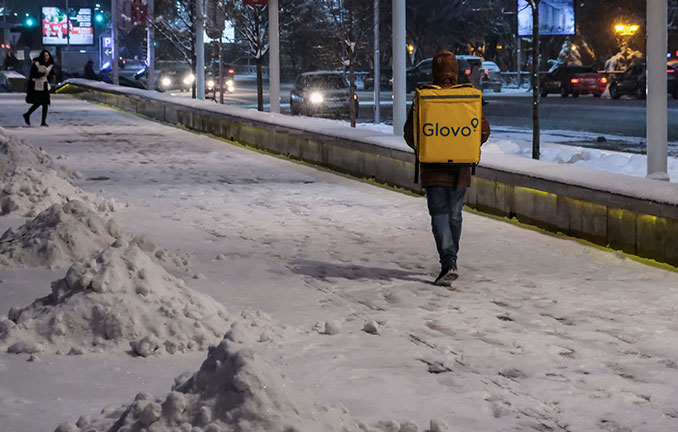 Do riders have the right to know the algorithm?

One of the main bones of contention among partners around the social table on labour regulation for platform workers is whether or not these workers have the right to know the algorithm used by digital platforms. While the unions argue in favour of the recognition of this right for workers, the bosses shield themselves behind the consideration that the algorithm is a trade secret.

Notwithstanding acceptance of consideration of the algorithm as a trade secret, the fact is that workers’ right to know the logic used in algorithmic management and organisation is already legally recognised in Article 14.2.g) of the General Data Protection Regulation (GDPR), in conjunction with Article 22 thereof, which regulates automated decisions – understood as those decisions that are made in a fully automated manner, without human intervention.

According to Article 22 GDPR, an individual has the right “not to be subject to a decision based solely on automated processing, including profiling”, which produces legal effects concerning him or her or similarly significantly affects him or her. However, fully automated decision-making is allowed when necessary for entering into, or performance of, a contract.

In the labour sphere, decision-making such as selection of personnel for employment, allocation of tasks among the different workers or the resolution of a process of professional promotion can be fully automated, despite having legal or significantly similar effects, on the grounds that it is considered necessary for entering into, or performance of, the contract.

Digital platforms are among the first companies to have introduced automated decision-making to manage work activity. In this way, using sophisticated algorithms, digital platforms distribute tasks and preferences in the allocation of time slots in a fully automated manner. Some even dismiss workers automatically – by disconnecting them from the platform – when they fail to reach a minimum score or a minimum number of services.

Companies that make automated decisions – for example, digital platforms – must comply with the data protection obligations of the General Data Protection Regulation, namely the principles of lawfulness, fairness and transparency, accuracy, purpose limitation, and data minimisation in the processing of personal data (Article 5 GDPR).

The right to obtain information on the logic used for automated decision-making cannot be identified with the right to know the algorithm itself. Firstly, the algorithm may constitute a trade secret, which may determine the greater or lesser profitability of the business. And secondly, accessing the algorithm – or algorithms, as it is common to use multiple algorithms – would be absolutely counterproductive and confusing, insofar as it may consist of pages and pages of indecipherable codes.

In the context of digital platforms, from my point of view, this right to information implies the right to obtain information on the variables or metrics used by the algorithm for the distribution of tasks, allocation of time slots, remuneration or disconnection from the platform; also the right to know its weighting or relative importance within the equation; and lastly, the right to know the consequences that might ensue from not reaching these metrics or standards.