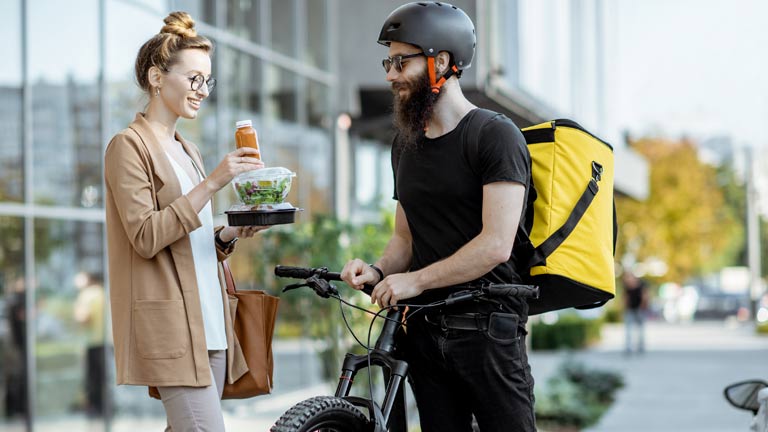 My boss is the platform, not an algorithm

Should platform-based workers be classified as self-employed or employees?

The following quote from Lukas Biewald, founder of the Appen platform, describes the employment model of the sharing economy with chilling accuracy:

“Before the internet, it would be really difficult to find someone, sit them down for ten minutes and get them to work for you, and then fire them after those ten minutes. But with technology you can actually find them, pay them the tiny amount of money, and then get rid of them after you don't need them anymore."

The new forms of work on digital platforms use workers like objects that provide a never-ending flow of work. This is conveyed by the illustration and the headline "Workers on tap" which appeared on the cover of the January 2015 edition of The Economist.

Biewald's words are also interesting because they highlight the importance of technology – internet, computer applications and algorithms – in developing the business model of these platforms. They reveal how technology is used to erode job security.

The most important legal and social conflict related with platform-based work is the employment status of the workers. Should they be classified as self-employed or employees?

A priori, work on platforms would not appear to fall into the category of working for an employer, since in some respects these workers resemble the self-employed:

These new elements of flexibility distance them from salaried employment.

On top of this, the platforms have created a sophisticated rhetoric and narrative that only adds to the confusion.

The workers are referred to as riders; rather than work, they offer gigs or services and the customers are peers or equals. The platforms are literally cashing in on this legal confusion.

However, if we analyse the characteristics of platform-based work more closely, we will see that there are other, in my view, more important elements which suggest that workers on platforms are more like salaried workers.

Forms of algorithmic management and control

First of all, the platforms use what are coming to be known as forms of algorithmic management and control.

Although the platforms argue that the workers are free to choose whether or not they connect to the platform and whether they accept or even reject services, the truth is they use indirect but equally effective forms of management and control, such as:

At all events, it would be a mistake to think that these forms of management and control are more subtle. Quite the opposite! Workers on platforms are monitored more closely than workers in traditional companies.

We should bear in mind that thanks to the geolocation system integrated in the app, the platform will know the worker's location at all times, the route they have selected, the interval between receipt and acceptance of a service, the time they spend in the restaurant, and so on.

And all this information is processed and integrated into sophisticated algorithms to determine the assignment of tasks, remuneration and even disconnection from the platform.

These forms of management and control may be indirect, but they are very effective, because they create a strong incentive for workers to adapt their behaviour to the parameters or metrics valued by the platform, in order that they may maintain a certain ranking and receive a minimum remuneration.

This system is particularly important for those people who use the platform as their sole or principal source of income.

Infrastructure, costs and risks involved in the work

Secondly, it is worth looking at the infrastructure essential to the service. Although platform-based workers do indeed use their own means, they do not own the means of production.

The infrastructure that is really essential for providing the service is the computer application and the algorithm. Therefore, it is the platform, not the workers, that owns the means of production.

Although platform-based workers use their own means, they do not own the means of production

Finally, the third argument for not classifying platform workers as self-employed workers is that it is impossible for them to make an impact on their "supposed" business.

It is the platform that makes the economic, managerial and strategic decisions relating to the service: it sets out the conditions of the service, the prices, rates and promotions, establishes business contacts with companies, determines which areas to work in, develops the marketing and brand strategy, etc.

Apart from deciding on the number of hours they want to connect to the platform, the workers cannot have an impact on any fundamental aspect of the business.

From my point of view, it is clear that platform-based workers should be classified as employees. However, the status of these workers has created considerable legal conflict nationally, across Europe and worldwide.

In the light of this judicial dilemma, how can this conflict be solved?

Irrespective of whether the solution lies in legislative reform or through recourse to the Supreme Court, in my opinion importance must be attached to the technology and the market as elements that play a vital part in shaping the employment relationship. In other words:

Digital platforms are here to stay, but if they are to be beneficial for everyone, we have to ensure that they comply with employment regulations

4 alternatives for protecting the employment rights of platform workers

In view of this situation, we must ask ourselves whether it is possible to harmoniously reconcile platforms and rights. Social and political debate on platform-based work has essentially proffered four alternatives:

In my opinion, the last two of the four options are valid. Either the workers should organise themselves in cooperatives or there should be a binding employment relationship between the platform and the worker.

It is not true that employment regulations have become obsolete. Our definition of an employee tallies with the characteristics of the work on digital platforms, and therefore it is reasonable to insist that an employment relationship exists.

Digital platforms are here to stay, but if they are to be beneficial for everyone, we have to ensure that they comply with employment regulations.