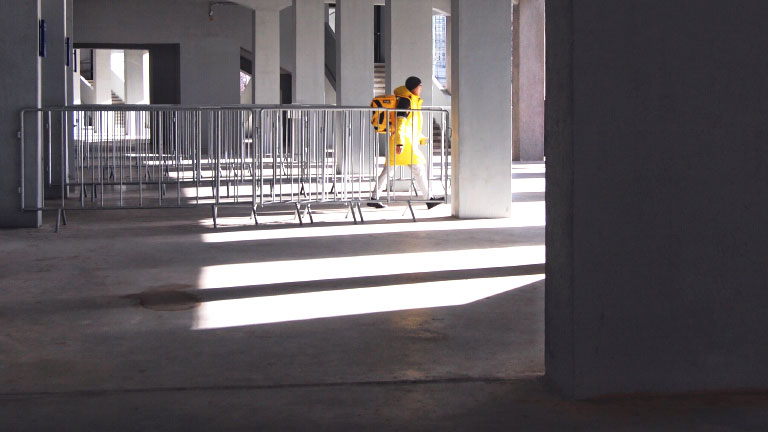 Digital technologies and the sharing economy are reshaping the job market – and not for the better.

Amazon Mechanical Turk, for instance, is using data processing, globalisation and self-management to fulfil the dream of Taylorism: achieving maximum efficiency through hyper segmentation of tasks and anonymous retribution based on global market prices.

The crowdsourcing platform hires thousands of remote "crowdworkers" to perform on-demand tasks. Many retired people and young students use this platform to supplement their income – and spend hours transcribing scanned supermarket receipts containing 25 products in exchange for just a few cents per ticket.

Another example is Uber. The platform is expanding worldwide following a growth-at-all-costs strategy.

The company is not just connecting taxi drivers and passengers. It determines route prices based on a supply and demand system that only the company knows. It forces drivers to work for a specific number of hours and monitors service quality based on customer satisfaction. If drivers get low customer ratings, Uber temporarily disconnects workers from the platform and stops paying for their services.

When your boss is an algorithm, driving an executive customer who is in a hurry during rush hour can be risky and have critical consequences.

Examples abound and keep growing. The food delivery platform Deliveroo tracks the cycling speed of its workers and rewards – with €4 in France – the quickest.

When your boss is an algorithm, driving an executive customer who is in a hurry during rush hour can be risky and have critical consequences

In these digital platforms, data is supposed to help "improve" management and work relations. Workers become machines ready for optimisation.

All these digital businesses have a common denominator: their workers are not employees, but freelancers. Or so they say.

This surveillance capitalism, as psychologist Shoshana Zuboff calls it, emerges from a capitalist principle that pursues the externalisation of costs and the internalisation of profits while taking advantage of platform opacity.

In his economic analyses, Karl Polanyi wrote in 1944 about the principles of reciprocity and redistribution to support protection and social standing. Polanyi anticipated how globalisation would atomise social life and worsen work conditions in a world where companies would be forced to cut costs by diminishing employee rights and expectations.

Late stage capitalism will make it easier for sharing economy platforms to obtain fiscal and job market profits – while turning a blind eye to social risks.

The growth of inequality around the world is alarming

As Polanyi envisioned, the result of this new "major transformation" is now a reality: competition becomes imperative even at the expense of human life; while tax havens and tax avoidance keep expanding. In the job market, externalisation of work functions and salary decreases are leading to the opposite of social progress: the return of the working poor.

Examples abound. The growth of inequality around the world is alarming. Wealth is being concentrated in very few hands.

While Jeff Bezos, founder of Amazon, becomes the world’s richest person some of his employees – those who have to compete with work conditions imposed by automation, internationalisation and externalisation – have to sustain themselves with government coupons.

A similar situation is happening with the Walton brothers, owners of the distribution giant Walmart. Further evidence can be found in the growing salary gap around the world between the highest-paid executives and employees.

The diagnosis has been shared widely in recent years in the pages of the Financial Times, The Economist and similar outlets. We need a new social contract that ensures decent working conditions, supports the productive ecosystem, reinforces public education and closes the legislative holes that trigger tax evasion (which is increasing the tax burden on the middle class).

We need a new social contract between governments and citizens that makes the economic system compatible with life in society. Management science must adjust to this new reality and change its premises, its principles and many of its goals.

This article is based on knowledge insights published in Mercancías ficticias: recuperando a Polanyi para el siglo XXI – CJ Cuadernos.