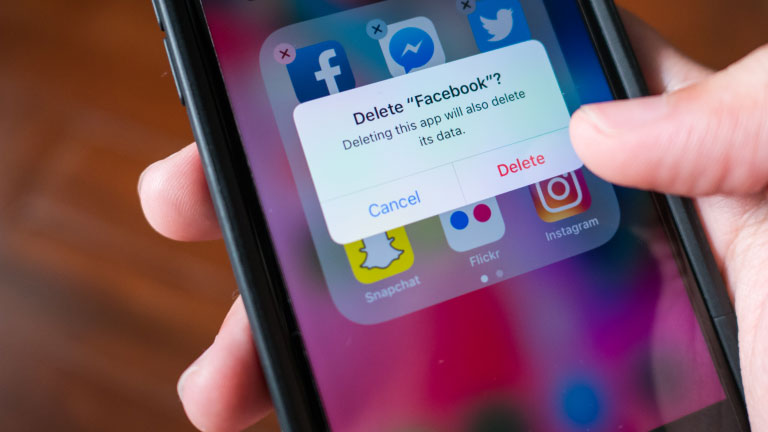 The right to be forgotten: is it possible to disappear from the internet?

Over recent years, more and more people have been resorting to what is known as the right to be forgotten.

The right to be forgotten has been acknowledged since ancient times, but today it is enormously important due to the impact that online search engines have on our lives.

The balance between freedom of information and respect for individuals' rights should always be a crucial factor in any news publication.

However, in the age of instant access to information and viral content that spreads at unthinkable speeds, there is growing concern about whether this balance is being struck.

News flies around the world as a result of this multiplying effect. And not only that, digital content also hangs around forever and ever.

Against this backdrop, the right to be forgotten is simply the right of individuals to demand that personal data about them be deleted from these information networks.

Cecile de Terwangne (2012) briefly defines it as “the right for individuals to have information about them deleted after a certain period of time.”

But the assertion that individuals should be responsible for deciding whether their personal information is displayed in search engines is not as simple as it might seem at first glance.

Most constitutional case law in European countries accepts the criterion of case-by-case analysis and resolution in situations where there is a conflict between the right to information and the rights to reputation, privacy and publicity (in other words, personal data protection). As such, it does not advocate the prevalence of one over the other and avoids general approaches.

Why should a person be known for events that took place years ago?

However, in the case of the right to be forgotten, although the news published is perfectly lawful and intended to report real events, it remains online year after year and is immediately accessible to everyone.

This makes things more complicated: why should a person be known for events that took place years ago? Why should an online search engine delete personal data about real, lawful news?

The right to erase personal data may be enforced against the data controller in the cases specified in Article 17 of the European Union’s General Data Protection Regulation. But it is not easy for the courts to decide when this provision is applicable in cases involving real, true and lawful information which was published several decades ago.

Why should an online search engine delete personal data about real, lawful news?

The Spanish Data Protection Agency states that a request may be made to restrict the disclosure of data when it is true and legitimate information. But only “when the universal and unlimited disclosure of information, which no longer has any relevance or public interest, results in an infringement of people’s rights.”

The latest case concerning the publication of true events and the legal request to remove personal data took place in Germany and was ruled on in November by the Federal Constitutional Court (Bundesverfassungsgericht) in decision Ref.: 1 BvR 16/13.

The case regards news about the perpetrator of a double murder 37 years ago in Germany.

The crime was committed in 1982 on board a yacht (the Apollonia) where, after a heated argument, a crew member killed his employer and his girlfriend, and seriously injured a famous economist who was travelling with them.

The events shocked the country and the murderer was jailed.

After serving his sentence, he was released from prison in 2002 and immediately began a legal battle to have his name removed from any information about the crime which might be found through online search engines.

The German Federal Court of Justice rejected his claim in 2012, basing its decision on the fact that the general public was interested in knowing about the so-called “Apollonia crimes” and that his name was inextricably linked to the events.

In short, it was information of public interest and considered as such by the media.

Decades ago, however, the news would have remained in newspaper archives and in court records. But in the internet era, the news magazine Der Spiegel, which disclosed the murderer’s full name in its print edition in 1982 and 1983, subsequently uploaded the archive material to its website, prompting search engines to index the perpetrator’s name.

Google has received 734,061 requests from users to exercise their right to be forgotten

The German Constitutional Court has just come down in favour of the applicant on the grounds that, after 37 years, the news is no longer of general interest and may now damage the plaintiff by harming his image, since the archive published by Der Spiegel was breaching his privacy rights and his “ability to develop his personality."

This decision is another example of the complexity of this right to be forgotten. It comes after the European Court of Justice’s Google case on 13 May 2014, in which the judges ruled that “search engines operating for a European public and marketing advertising through establishments in the European Union are subject to data protection legislation.”

The European judges added that this right to personal data protection “applies even if the information is legitimate in itself.” However, in these cases it is necessary to go to court and begin a process that is by no means easy.

The consequences and scope of the enshrinement of the right to be forgotten by the Court in Luxembourg have been far-reaching: over one million applications to exercise this right in connection with the Google search engine.

France, Germany and the United Kingdom are the countries with the highest percentage of requests to be forgotten

Google has published statistics on the exercise of the right to be forgotten since it officially launched the application procedure on 29 May 2014.

In Europe, France, Germany and the United Kingdom are the countries with the highest percentage of requests to be forgotten, followed by Spain and Italy.

It remains to be seen what will happen in the German case. However, within the EU, it would seem possible (depending on the specific case) that requests for anonymity regarding news about real events that occurred in the past may be dealt with in the interests of respect for privacy and hence the free development of personality.

It is not a question of erasing the news (and breaching the right to information) but of erasing the personal data that might be the cause of this harm.

In the words of Cecile de Terwangne (2012): “God forgives and forgets but the Web never does.”