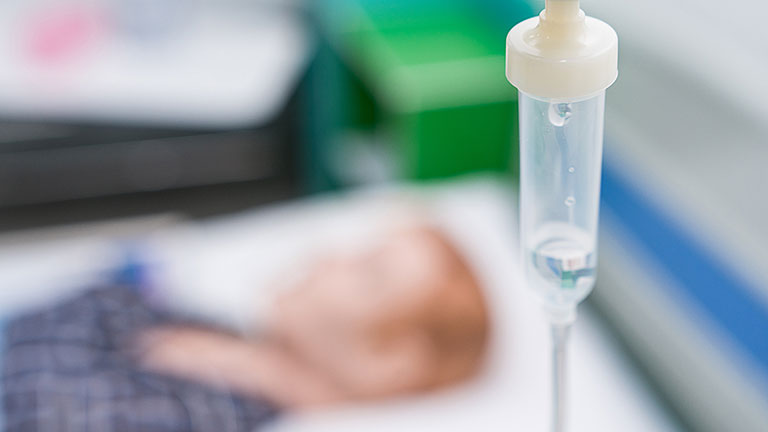 The Spanish euthanasia law and the Constitutional Court: a "story with a happy ending"?

On 24 March this year, the procedure initiated in the previous legislative term for the adoption and enactment of the organic law regulating euthanasia (LO 3/2021) was completed in Spain, coming into force next 24 June.

The Spanish Constitution (Art. 81 CE) imposes on the legislator the use of this type of source for all matters that order and develop fundamental rights. Organic laws – unlike ordinary laws, which are passed by a majority of those present in each chamber, be it the Senate or the Congress – require the complete and final text to be adopted by the latter house with an absolute majority of its members. They are, therefore, laws that demand a broad consensus in the Congress of Deputies, which in Spain, given the characteristics of its electoral law, is the most representative chamber.

The law was adopted with 202 votes in favour, 141 against and 2 abstentions, and with it Spain came to form part of those countries that have recognised the right to euthanasia to date (Belgium, Canada, Luxembourg and the Netherlands), together with, as we will see below, end-of-life treatment in relation to what is called “assisted suicide”, already permitted in other countries, such as Switzerland and some states of the US, for example.

LO 3/2021 has been recognised by most commentators as an “absolutely guarantee-based” law. In fact, although it is quite a brief law (19 articles and 13 additional, transitional, derogatory and final provisions), it regulates recourse to euthanasia procedures through a series of clear and absolutely detailed provisions that make it possible to identify with sufficient precision the bearers of the new right, the context in which they must find themselves in order to be able to access the service (which the law defines as the “euthanasia context”), other persons or institutions involved in the procedure, the timeline to be respected and the guarantees for all the parties involved.

The clarity of the new law has undoubtedly benefited from the legislative technique employed by the organic legislator, which consists in having dedicated a provision (article 3) to specifying the exact meaning to be attributed to the terms used in the law (such as “physician in charge”, “serious and incurable illness”, etc.), thus removing many of the doubts that could have arisen in its interpretation and application.

As is clarified in the preamble, the law responds to the demands of Spanish society, which for several years (according to the surveys taken into consideration also by Parliament), had been requesting the adoption of a law that would offer a new and more up-to-date balance between some of the fundamental rights and values recognised by the Constitution (human dignity, the right to life, to physical integrity, to autonomy in healthcare, etc.), more in line with the secularised idea of human life and the discovery of technological means that are capable of sustaining people’s lives for a long period, yet incapable, in some cases, of achieving a cure or a significant improvement in those people’s quality of life.

However, an intervention of this sort by the legislator could not be limited to the decriminalisation of euthanasia practices, but also needed to provide a system enabling the right to die in dignity to be exercised with every guarantee, both for the person in a position to assert that right and for those who provide the necessary medical care to that effect.

Thus, the law creates a right that cannot be identified, as some authors have stated, with the “fundamental right to die”, but rather with a “new” right, included among the services of the National Health System, recognised by the legislator and closely linked to the fundamental right to life and to physical and moral integrity.

This right is recognised for those persons who meet certain conditions and requirements, following a well detailed procedure with all the stipulated guarantees.

Although it is not possible, for reasons of space, to give account of all the content of LO 3/2021, we will attempt to underscore at least its more prominent or problematical aspects.

Euthanasia treatment can only be requested by an adult with full capacity to act and decide, affected by a serious and incurable illness or suffering a serious, chronic and disabling condition, in the terms established by the law, which situation must be certified by the physician in charge (Art. 5).

The applicant must have Spanish nationality or legal residence in Spain or a certificate of census enrolment accrediting a period of residence on Spanish territory of more than 12 months. The purpose of this condition is to exclude what is known as “euthanasia tourism” or “death tourism”, in order to discourage certain people from travelling to Spain to obtain medical assistance to die that is banned in their own countries, as happens quite often in Europe in connection with “trips” to Switzerland.

This is not, as part of the doctrine has claimed, a violation of the principle of non-discrimination, since Art. 13.1 CE, as interpreted by the Spanish Constitutional Court, provides that fundamental rights shall be recognised for aliens under the terms laid down by treaties and the law, provided that differences in treatment are for an appropriate and reasonable purpose.

The bearer of the right to receive assistance in dying can choose from two different methods: direct administration of a lethal substance to the patient by a healthcare professional (direct euthanasia), or prescription by the professional of a substance that will cause death, with the aim of the applicant administering it to him or herself (assisted suicide). In both cases, the medical and nursing staff must attend to the patient until his or her decease, which will be certified as “natural death”.

The procedure to be followed in order to obtain the service is very complex and is meticulously regulated by the law, with very precise schedules and the participation of various individuals and institutions.

Indeed, in addition to the patient (who, as the law specifies on more than one occasion, can withdraw his or her consent at any time and/or request an “postponement”) and the “physician in charge”, the procedure involves a second doctor, referred to as the “consultant”, and an ad hoc body, the Guarantee and Assessment Committee, set up by the government of each Autonomous Community in order to implement LO 3/2021 and monitor the correct performance of the euthanasia process. On this point, the law has been criticised for an alleged excess of guarantees that could hamper the euthanasia process, as this committee intervenes twice, both before and after medical assistance in dying.

The ex-ante control is to check compliance with the requirements set forth in the law (which in theory should have already been controlled by the two doctors mentioned earlier) with a view to deciding on the granting of permission to proceed with the treatment; furthermore, the Committee’s final decision can be contested before the administrative courts. The purpose of the ex-post control is to check that the whole procedure was carried out correctly and identify any possible responsibilities.

Finally, it is interesting to note the express provision offered to health personnel of the possibility of enrolling in the purpose-made register of “conscientious objectors to lending assistance to die” (Art. 16).

LO 3/2021 does indeed respond to a widely felt need in society, as is shown by the increasing number of countries that have recognised forms of medical assistance in dying following an intervention by the legislator or judge (cases in point are the Portuguese law of February 2021 - later declared unconstitutional- and the Italian Constitutional Court ruling 242/2019). Even the European Court of Human Rights, over the last ten years, has not shown any opposition to the provision of this type of treatment, considering it to be compatible with the right to life as recognised by the Convention, even while acknowledging in this respect wide powers of discretion by member states (as has occurred, incidentally, with most “ethically sensitive” issues).

The law responds to a widely felt need in society, as is shown by the increasing number of countries that have recognised forms of medical assistance in dying

In spite of this, LO 3/2021 has been contested before the Constitutional Court by the parliamentary far-right minority (VOX), through an appeal of unconstitutionality claiming that the euthanasia law was impossible to reconcile with the right to life (Art. 15 CE), since it would amount to recognising a “right to die”. Till the date, the Spanish Constitutional Court hasn’t had occasion to rule directly on the matter of medical assistance in dying. Nonetheless, with regard to the problem of the legitimacy of provision of such treatments, two noteworthy rulings by the Court concerning the right to life are often recalled: ruling 53/1985 on the constitutional legitimacy of the law of the same year, aiming to decriminalize abortion in certain circumstances, and ruling 120/1990, whereby the Court clarified that the intervention of the Prison Administration through the provision of healthcare to detainees on hunger strike against their will does not constitute a violation of the right to physical integrity of these individuals, who are under the tutelage of the state. On that occasion, the Constitutional Court held that life is an asset that falls within the purview of its bearer’s freedom and that therefore no one can “dispose of one’s own death, but that disposal constitutes a manifestation of agere licere and is not, in any way, a subjective right that involves the possibility of mobilising the support of public authority to overcome any resistance put up against the will to die, still less a subjective right of a fundamental nature in which that possibility [to achieve death] is extended against the resistance of the legislator […]. It is not possible to admit that the Constitution guarantees in its Art. 15 the right to one’s own death.”

It would be desirable that the Constitutional Court, when ruling on the recently adopted euthanasia law, as it has already done in other cases (take, for example, the historic ruling 198/2012 on the law that gave same-sex couples access to marriage), does not follow an originalist interpretation. Instead, it should propose a systematic and evolutive reading of the Constitution, in harmony with the evolution of Spanish society, the legislation of other countries and the case law of other constitutional and supranational Courts, and identify in LO 3/2021 a “new” right that the legislator can recognise, as it is perfectly compatible with the Spanish Constitution, although it is not obliged to do so.