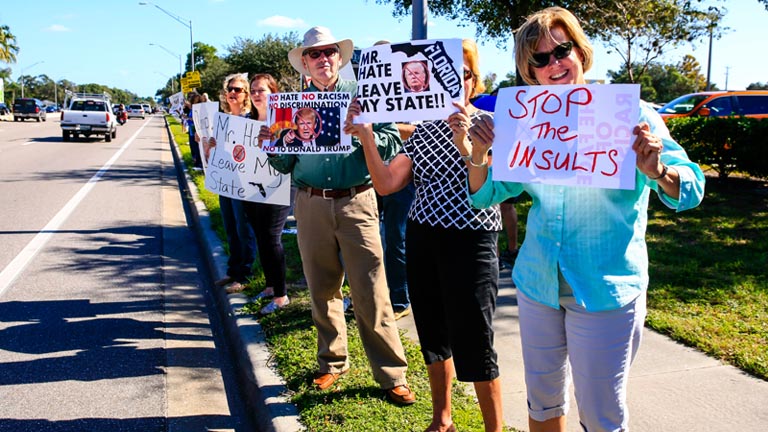 US elections are a benchmark of economic policy because the approach, priorities and actions shape the international landscape. Trumpism has been a success insofar as its message of isolation and protectionism can be seen in the narrative of Brazil, Russia, Turkey, Iran and other international players.

The challenge facing the Biden – Harris presidency is to win back trust, organise the multilateral system and reduce uncertainty.

The current dynamics of delegitimising the World Trade Organisation (WTO), arbitration courts, trade agreements, the special relationship with the United Kingdom after Brexit and cut-throat competition from China does not benefit the development of international trade.

Investments and exports call for a long-term outlook, a certain project continuity, not necessarily political, and trust. At this moment in 2020, there is little evidence of de-globalisation. The global economy has slowed down and been redistributed according to spheres of influences and business activity so it is too early to bury the globalisation cycle that began in 1989, although trade and investment have plummeted since 2008.

Generally speaking, the markets have celebrated the latest vaccine news with certain optimism.

There are clear indications that 2021 may be recovery year: significant climbs in stock exchange prices from New York to Moscow, investment market liquidity, and the policies adopted by central banks and multilateral institutions.

There is money in the market and without pandemic uncertainty, infrastructures are operational and can start trading again. Ports, freight trains and cargo or passenger planes will be able to return to normal as soon as the vaccines are distributed. With a substantial improvement in global public health, liquidity will accelerate economic recovery with significant forecasts for the second quarter of the year.

The best news is stability

In the USA, the best news about Biden and Harris is stability. Trumpism economics has been characterised by massive tax cuts but also by toing and froing in agreements and measures with an international impact. Rivalry with China has negatively affected the global outlook typical of the US model since 1945.

A bumpy road lies ahead for the new presidency with a Congress and Senate more than likely to be lukewarm about its economic policies. To combat polarisation, job creation stimuli are to be expected along with selective protectionism for certain key industries in Rust Belt states.

In the USA, the best news about Biden and Harris is stability

Leadership in the international panorama is likely to require climate change to become a structural policy. Two trillion dollars are expected for improvements to infrastructures whilst erecting artificial barriers to trade from countries with no environmental standards… with the approval of Europe.

The leadership of certain policies reduces the noise of institutions. I do not envisage any major measures regarding technology since there is no consensus about how to tax online business. This charter is contrary to European interests so there is no rush to implement a Google tax.

On the European scene, agreements between the European Parliament and Council total some €1.8 tr for the 2021-2027 financial period. This includes the €750 bn earmarked for Next Generation EU, and other policies about employment, benefits and exterior action.

The agreement is good news for international stability and anticipates a European model for emerging from the post-pandemic crisis. There will be a better online market for goods and services, a commitment to research and healthcare, and the tax policies of tech giants will be debated. 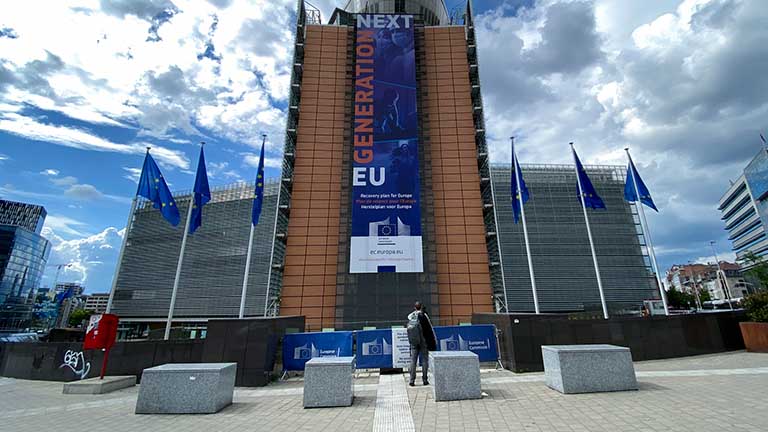 The focus on Hungary and Poland

The political issue is very important: Hungary and Poland are in the sights of the European Parliament for practices outside the EU budget. On the other hand, the governments of both countries threaten to veto the budgets if the tightening of external controls is a prerequisite.

In the social scenario, the international economy must pay attention to dissatisfaction with globalisation. Political precariousness, as José Fernández-Albertos so rightly described it, needs attention and policies. Social unrest cannot end without a significant reduction in the binary polarisation that has arisen between the winners and losers of globalisation dynamics. The town-country gap is an indication of how automation and factory closures have a political impact on voters.

In the social scenario, the international economy must pay attention to dissatisfaction with globalisation

European discussions about recovery funds in both the Council and the Parliament are right to make relocation (returning relocated manufacturing process to their country of origin) a strategic priority. It is not just about supplies and global supply chains but creating jobs and narrowing gaps.

Consideration must also be given at this stage to policies that focus on vulnerable groups: unemployment amongst young people and the gender gap will be permanent features in budget policies.

The challenge of deglobalisation is on the executive agenda of international companies. This is no minor matter because some tendencies have been accelerated by the pandemic: working from home, digital transformation, reorganisation of supply chains, closure of industries or upturn in business in closer geographical areas. Reduced uncertainty suggests improved scenarios in the first semester, although the impact on the real economy may take a little longer.

In short, international economic relations suggest substantial improvements due to the new presidency in Washington, the first vaccines and market liquidity. It won’t be immediate. It won’t be quick. But it will be better than the year now coming to a close.