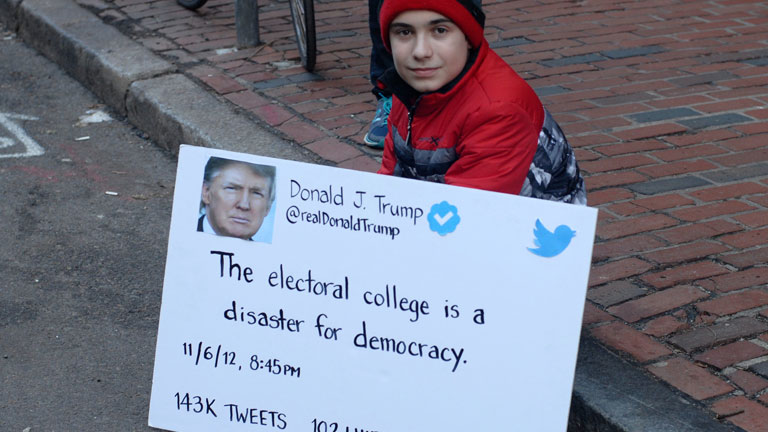 On 6 January, a mob stormed the Capitol, the symbol of American democracy, during the certification of the results of the presidential elections. Prior to this, Donald Trump and his closest aides had urged his followers to march on the building, in order to contest those results, alleging that the election had been fraudulent, despite all the evidence to the contrary.

The images of that day marked a turning point in the minds of citizens all over the world. They could watch in real time how the most powerful country on Earth escalated its internal conflict to the point of insurrection, or an attempted coup, something unthinkable a few years ago. 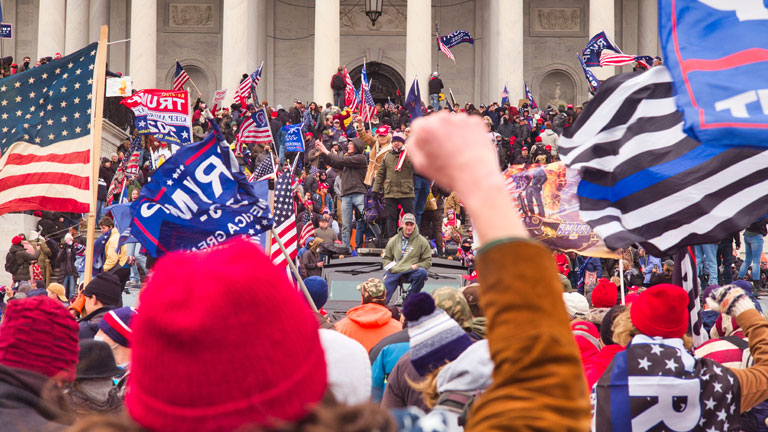 Shortly afterwards, Twitter and Facebook banned the then president, two weeks before he left office, from their social networks. The first in allusion to two specific tweets, in which Trump said he would not go to Joe Biden’s inauguration, and that the 75 million people who voted for him would have a voice in the country’s future. The second for considering that his posts incited more violence during the period of transition of power that was to culminate on 20 January. Both platforms understood that, without Trump’s incitation and the continual doubts cast on the electoral process, the riots and the attack on the Capitol would not have occurred.

The response on a worldwide level came swiftly: Chancellor Merkel stating that freedom of speech is an adaptable right, but in accordance with legislation, not the action of private companies. French Finance Minister Bruno Le Maire went a step further and said that the state, not the “digital oligarchy”, should be in charge of regulating social media.

The effect exerted by social media on affective polarisation is well known, consolidating echo chambers and filter bubbles, together with simplistic, sensationalist discourses

But the most important reaction came from the European Commissioner for Internal Market, Thierry Breton, who wrote an opinion piece in Politico. In it he described the assault on the Capitol and the subsequent banning of Trump as the 9/11 moment of social media, demonstrating their systemic nature and the role they play as moderators of content, as opposed to just “platforms” without any responsibility over what is posted on them. The Commissioner also mentioned Europe’s response to the regulation of digital space: the Digital Services Act (DSA). This Commission proposal is built on one basic premise: what is illegal offline must also be illegal online.

The effect exerted by social media on affective polarisation is well known, consolidating echo chambers and filter bubbles, together with simplistic, sensationalist discourses.

Naturally they are not the only factor to have widened the emotional gap between citizens of democratic countries, who come to see the other as an enemy rather than a political rival. But it is undeniable that the capacity of networks to amplify messages lends an advantage to polarised discourses, and content personalisation makes for communities with increasingly narrow and uniform ways of thinking.

Depending on who generates them, these discourses may be disgusting for some citizens. However, it is necessary to draw a clear dividing line between the “illegal” and the merely “harmful”. As we explain here, trying to remove all content that can be included in the latter category may ultimately lead to laws that stifle freedom of speech.

Because who is to say that displaying LGTBI flags, or atheism, or insults to the nation, might not be “harmful” for some? Or the exaltation of national heroes or the defence of religious festivities for others?

The basis of our liberal democracies is an overlapping consensus between different conceptions of what constitutes a good life, under a series of common guiding principles. Anyone can pursue their ideal as long as they do not violate the rights of others. Surfing one’s days away in Malibu may be the dream of some and worthy of contempt for others, but it is neither illegal nor punishable, in just the same way as the decision to live one’s life according to religious precepts, no matter how harmful such conduct might seem to others.

Turning to the tweets for which Twitter decided to ban the former US president, this issue arises with greater force. Trump had encouraged his supporters to go to the Capitol, but it is no less true that he then urged them to “go home” in the interests of peace, law and order, even though he continued his rhetoric of a stolen election. Facebook referred to the president’s actions as being conducive to encouraging violence, and it is true that the attack resulted in five deaths, and unearthed plans to kidnap figures including Nancy Pelosi and Mike Pence.

However, determining whether or not Trump’s words and actions were the ultimate cause not of the attack, but of the deaths and the kidnapping plot, is something that rests with a court of law, not social media.

After all, should Twitter be able to suspend Trump’s account for talking about the voice of his 75 million voters and saying that he would not be attending the inauguration of the next president? Neither of those sentences amounts to an illegality, and the consideration that they may be harmful for peaceful coexistence, also made by Facebook, is a value judgement that may lead down a slippery slope.

Another argument that has been wielded is that, since Twitter and Facebook are private companies, they can deprive Trump of their platforms, and that doing so also helps to reduce hate speech. The possibility of a traditional trial for the former president does not rule out the possibility of social media taking action on their own account.

However, we need to ask ourselves two things in this respect. The first is whether we can regard social media as “just companies” or whether, on the contrary, they are of a systemic nature, insofar as they represent online meeting places for billions of people. As we can see from the impact of the recent news blackout by Facebook in Australia, their decisions have consequences worldwide.

Determining whether or not Trump’s words and actions were the ultimate cause not of the attack, but of the deaths and the kidnapping plot, is something that rests with a court of law, not social media

The second is whether silencing the voice of those whose discourse we find disgusting really helps to combat them and lessen their power. For more minority parties, appearing in the eyes of the public as the scourge of the mainstream and an alternative to traditional political groups may translate into greater electoral success. And for leaders like Trump or parties like the Republicans, an excuse to create new platforms focusing exclusively on their followers and contributing to step up division even more. Without common spaces for coexistence and information, how can we heal the wounds caused by the growing affective polarisation?

This is why the DSA needs to keep the promises made by the Commission: it must focus on limiting the scope of harmful content, by fighting to remove what is illegal according to European standards; it must set high standards of privacy and respect for fundamental rights, as the legislative proposal sets out; and it must guarantee protection for those who suffer hate speech on networks. This is no trivial matter; what is at stake here is the very future of the liberal principles upheld by democracies as we know them today.

If the storming of the Capitol and the banning of Trump really amounted to a sort of 9/11 – a turning point in social media regulation – we have to be sure that our response meets expectations. Excessive internet monitoring, whereby, if in doubt, it is better to remove a post than to retain it, will lead to democratic regressions. Similarly, even if harmful content is not removed, a debate is necessary on the effects of disinformation and how to stop its expansion across networks, with measures such as multiple fact-checkers in order to prevent them from being co-opted by political players.

Liberal democracies, as we have seen in recent years, are at the same time sturdy and fragile: sturdy because they are capable of continuing to generate legitimacy as a system despite crises; and fragile because the principles on which they stand, such as mutual tolerance and the acceptance of a plurality of discourses, have suffered constant attacks in recent years. Stephen Holmes said that “viewing public disagreement as a creative force may have been the most novel and radical principle of liberal politics.” It is up to us to protect that discrepancy from echo chambers, both in the offline realm and in the arenas of online debate, or else face up to the crude reality of an illiberal tomorrow.