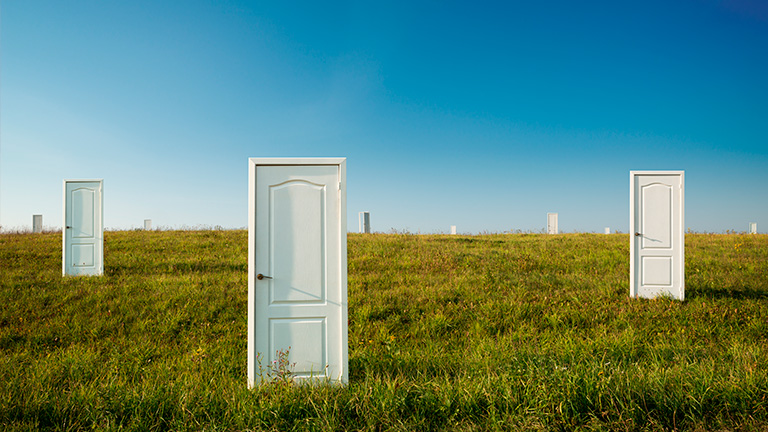 Choosing among options is at the heart of innovation

Many companies and organizations have come to grips with designing potential scenarios. As AI and other exponential technologies become cheaper and more accessible, it becomes easier to combine and compound them, which further amplifies the possibilities.

In generative AI, for example, machine learning algorithms use existing text, audio, and video files to create new content with a specific goal. I like to say that we increasingly live in a world with infinite optionality. Creating options is an essential exercise for companies. The alternative may mean missing the next disruption as it may occur unseen in a blind spot ‘around the corner’ from your company (as Rita McGrath, the Columbia professor, would put it).

I love to ask company boards to do an intellectual exercise that helps them create options that go beyond what is proven and data-based, and which introduces them to the realm of strategic possibilities. This makes a lot of sense: every disruption is based on an asymmetric bet, founded in the belief that a scenario is highly probable when everybody else disagrees.

It is equally important for companies to be aware that optionality, as it occurs in finance, has an expiry date. Our strategic options cannot remain open forever in a sort of ‘paralysis by analysis’. As a company, we must focus on specific choices which will imply trade-offs that our leadership must assume. The question is not how to choose the right option, but how to minimize the failure cost when choosing the wrong option.

This is why designing an operating system (culture) that promotes systematic experimentation is key to going from optionality to choice. If we fear failure, we will incur sunk costs as nobody will decide to quit a strategic initiative even if it is clearly failing and consuming disproportionate resources while travelling in the wrong direction.

By experimenting in short intervals, we should be able to identify which strategic options are positively compounding over time, and which options fail the test of going from just a possibility to high probability. In other words, by making more frequent decisions, we will fail more often, but also make the right choice more often, increasing the chances of an outsized outcome.

One of the most underrated drivers of innovation is the number of times we bat. Only by shooting hundreds of pictures will you capture an image that gets a non-linear amount of attention and success.

As a way to synthesize, and make the journey from optionality to choice, use a 10x framework to create strategic possibilities that are far from your existing core, and then use a 10% approach to experiment on mitigating the more relevant risks that each strategic choice represents. To innovate in a world where tech is increasingly abundant you must understand that the new scarcity is execution. And to execute, you must go from options to choices.