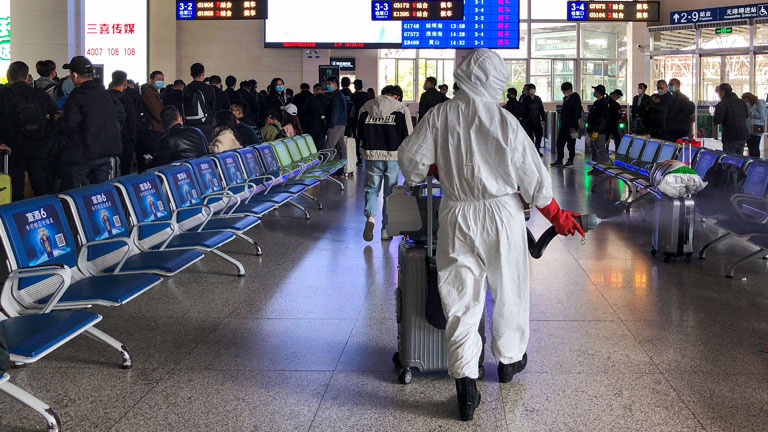 Our second chance: reflections on Covid-19

1. The pandemic is global: it affects every nation and knows no borders. Globalisation, in the form of easy access to intercontinental travel, has enabled the coronavirus to spread. In just two months, it has catapulted from a market in Wuhan to every corner of the world. This is an exceptional moment: never before, not even during the world wars, has the whole planet faced the same challenge.

The only comparable event is the climate emergency; however, its nature is much slower and less tangible, and has elicited less unanimity regarding the need to act. The climate crisis has not filled our intensive care wards with sick people.

The pandemic has affected every social layer regardless of educational level, income or place of residence

2. Within each nation, region and community, the pandemic has affected – if not in the same way – every social layer regardless of educational level, income, or place of residence. The poor are suffering the consequences more than anyone else because they lack quick access to healthcare and information, often work in temporary or informal jobs, and cannot telecommute.

Yet belonging to the privileged 1% that dominates the economy and the political world is no guarantee of immunity. Personalities from every area of public life are suffering from the disease or have died from it.

3. Due to the lack of precedents on a global scale, governments around the world are having serious problems responding quickly and effectively. This has resulted in errors of judgment and flawed action plans. Opposition parties in many countries have expressed fierce criticisms in order to wear down governing parties.

A continuous display of discrepancies is causing the public to lose confidence in their leaders regardless of whether a government is doing its job. This is leaving the door wide open to populists – who find that the crisis has made it easier to attract followers.

The lack of solidarity between highly indebted European countries and countries with healthier economies is perceived by the former as a betrayal of the spirit that guided the founding of the European Union.

The much-criticised management of the 2008 economic crisis has not generated useful lessons for the current situation. Instead of encouraging a spirit of international cooperation that would enhance resources and efforts, many countries that feel themselves to be in a strong position are fostering feelings of self-protection.

In practice, even if a nation escapes relatively unscathed from the initial contagion wave, it is impossible to achieve a degree of isolation that would enable the pandemic to be avoided in the long term. As with the climate emergency, we must all cross the finish line together. If one nation lags behind, or is abandoned to its fate, we all lose.

Instead of encouraging a spirit of international cooperation, many countries are fostering feelings of self-protection

4. The economic consequences of the pandemic will be devastating for many companies, especially the small and medium sized firms in sectors such as tourism, hospitality, the automotive industry and retail. Some firms in these sectors will not survive the economic hibernation imposed by the quarantine. Many of these companies are fundamental in regional and local economies. Their disappearance will not be compensated by large companies, whose purpose during recent decades has not been to generate jobs, but to produce profits for shareholders.

Faced with the dilemma of how to survive, we can expect that companies with a purpose – which sadly are not in the majority – will know how to evolve towards new ways of doing business. Shareholder value, the business rallying cry for the past 30 years, must be replaced by "value for society" in its widest sense.

Suppliers, customers, employees, shareholders, communities, research and educational centres, NGOs, civil society, and, above all, the planet: all should form part of the road map of companies with a conscience.

Shareholder value, the business rallying cry for the past 30 years, must be replaced by 'value for society' in its widest sense

Company annual reports should include the impacts on each of these publics, and the evaluation of corporate success should be based on what positive changes the company has produced in each sector. In this more complex (yet somehow simpler) context, business profit and growth for growth's sake should not be the main priorities.

5. It should be possible in the future to present a report to a shareholders general assembly in which a stable, or even reduced, profit (compared to the year before) is evaluated positively – providing that it was achieved with less impact on the environment, spending fewer resources, and with a higher degree of circularity in its operations. Evidence should also be provided that broad layers of society have benefited from the company’s actions.

Are these utopian dreams? Before the pandemic, maybe. The pandemic is enabling us to perform a total reset of the system and assess the effects of the forced macro experiment that has paralysed the world economy, extracting valuable lessons for the future of humanity. A meme that is currently circulating goes: "We cannot return to normal – because normal was the problem." We now have an opportunity to create a new normal. It is the second opportunity we have in this century. There might not be a third one before it is too late.