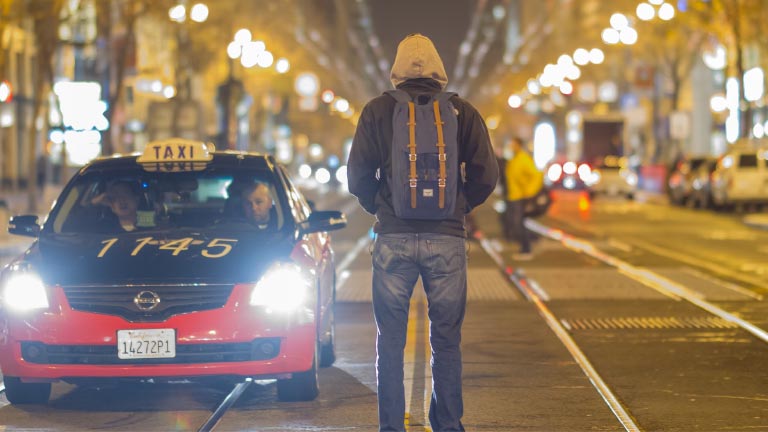 The dark side of the sharing economy

Why collaborative consumption platforms fuel a new form of neoliberalism on steroids.

This article is based on research by David Murillo

Collaborative consumption platforms, which allow users to share their possessions with others, have been described as fostering inherently pro-social acts and feelings of solidarity. But is the sharing economy as beneficial as we think?

Esade Associate Professor David Murillo and his research colleagues Heloise Buckland and Esther Val have exposed an intriguing fact: the sharing economy is best perceived as a new form of neoliberalism on steroids.

Yes, collaborative consumption platforms have a dark side. The researchers challenge the main claims in favour of the sharing economy with research-backed data that show a growing number of controversies emerging in the literature.

Sharing economy pioneers argue that the movement is democratic, flat in structure and hierarchy, that it revolves around empowering ordinary people, that it enables trust, and that it is considerably more participatory and sustainable than other sectors of the economy.

"Many sharing economy supporters are blind to the dark side of these innovations," warns Murillo. "We have unravelled core controversies that call into question the beneficial social impact of these collaborative consumption platforms and the technosolutionist thinking that has become so widespread in the digital economy."

The 5 core controversies of the sharing economy

Who makes the money? The reduction in transaction costs in the sharing economy is facilitated by organisations that often go on to become extremely large and highly valued international businesses. The researchers found that over half of the activity in each sharing category is controlled by just one company. "These businesses have the same strong incentives to eliminate competitors and establish monopolistic markets as in any other segment of the digital world," says Murillo.

Moreover, users of these services don't have fair access to the wealth that is created. "For instance, 75% of Airbnb's overall revenue comes from full-home rentals, which is not sharing - that's common renting," explains Murillo.

Fair competition and respect for the law are difficult to achieve without public intervention. In the sharing economy realm, however, many believe that self-regulation is beneficial.

"Many of the big players in the sharing economy have the means to take advantage of loopholes in national regulations, and the business model seems to revolve around escaping law abidance. A lack of public surveillance over how businesses operate creates a clear opportunity for tax avoidance," warns Murillo.

One result of the sharing economy is a shift away from contract employment with traditional companies and towards more short-term and freelance work.

"The flip side is that the rights, benefits and fair-pay levels of this emerging sector of freelancers seem to be under threat. For instance, Uber drivers can be held accountable for accidents on the job, TaskRabbit workers do not receive a pension, and workers looking for health insurance or job stability are unlikely to find it in the sharing economy," says Murillo.

Many of the top sharing companies have hugely popular reputations, thanks to a sophisticated system of mechanisms and algorithms. Empirical research on Airbnb reveals that the more trustworthy a host is perceived to be in her photo, the higher the price of the listing and the greater the likelihood of being chosen. "We might simply be relying on the pretence of trust, on a false perception of trustworthiness," warns Murillo.

Contrary to the claims of sharing economy supporters, a comprehensive review of 56 scientific research papers reveals that the ecological footprint of business-consumer ecommerce is significantly greater than that of conventional shopping. The authors conclude that the environmental impact of the sharing economy remains yet another grey area in need of further exploration.