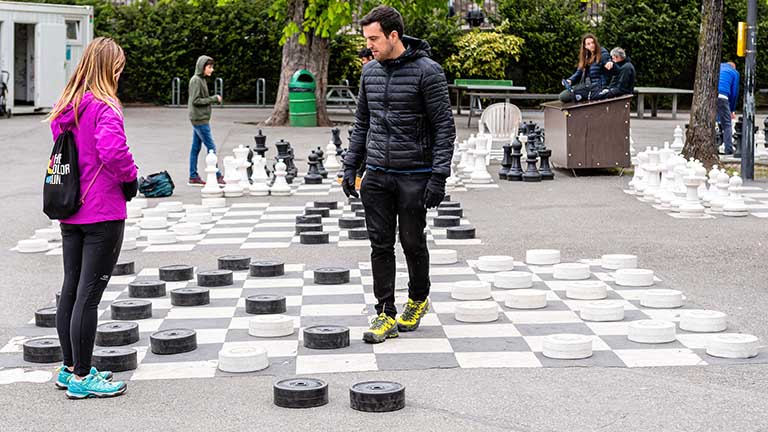 Why do groups of people make bad decisions? This has long been a popular subject in research. Studies of phenomena such as groupthink and people pleasing have considered why we often make choices in groups – particularly series of sequential choices – that take us in directions we know individually to be far from optimal.

Explanations have ranged from classical psychological theories to behavioural economics. Yet the route to disaster seems unavoidably set once escalation of commitment (EOC) kicks in, which has been defined as the continued commitment to invest resources like money, effort and time, even if we’re receiving information that a course of action is failing.

Whether individually or in groups, we rarely make decisions in a vacuum, and the context frequently derives from earlier choices

Traditional explanations indicate that we inexplicably do whatever we can to defend and justify past decisions just to prove that we were right all along.

Ignacio J. Duran from Esade worked with Alejandro Montecinos-Pearce and Pablo Rodrigo from Adolfo Ibañez University in Chile, to explore this phenomenon from a game theory perspective – providing a new way of looking at the EOC phenomenon and generating unique theoretical insight.

Lots of existing theories try to explain the underlying psychological processes embedded within the individual regarding EOC, from personality traits to sunk-cost fallacies and failure to evaluate risk effectively. But many of these approaches fail to take into account the impact of other people in the process, with whom we may share responsibility, and some or all of the end goals for making the choice in question.

Others view it from the social or business psychology perspective, looking at company decision-making and cultural impacts, where the same behaviours can persist while being influenced by different executive motivations, as well as factors like group inertia, asymmetric power relationships, and office politics.

Economists meanwhile look at EOC from the viewpoint of marginal costs and benefits, and the kind of feedback being received – providing new ways to examine the phenomena. All of these approaches shed different kinds of light on the problem. The extensiveness of the literature available to reference certainly underpins the acknowledged problems EOC causes, and the many attempts to unpick it.

When one bad choice leads to another

Whether individually or in groups, we rarely make decisions in a vacuum, and the context frequently derives from earlier choices, which can together be regarded as forming part of an ongoing sequence. Duran and his associates were particularly interested in iterative decision-making processes, where a group makes repeated choices within a fixed set of parameters, using a game-based model.

They wanted to identify the specific set of circumstances that might cause a group to escalate or de-escalate their commitments, and to examine the roles of third-party interventions or cues.

The Byzantine Generals Problem – not everyone is loyal

One area in which groups vary in different settings is their degree of homogeneity. A lot of the existing paradigms rely on various assumptions about this and how it relates to the way the different members of the group want to please each other, save face, or feel responsible. So the researchers approached the issue using the Byzantine Generals Problem (BGP) as a decision-making framework. This idea was first studied in the 80s as a way that groups make decisions when they know their individual information may be incomplete, and that the motivations of others may vary.

When each loyal commitment member is able to affect the vote, then once escalation of bad decision-making starts, it’s unstoppable

The idea of a dispersed army with loyalists and traitors sending private signals to each other and making collective decisions about how to act, serves as an analogue for a business committee with opposing preferences, using majority rule to act consensually. This was modelled as a three-stage process, of information/signals, message submission, and decision/implementation, for each iteration.

Following the BGP assumption that those with the best interests of the enterprise at heart – the loyal generals – are in the majority, the researchers established two key findings, which are important for business decision-making processes and planning.

Firstly, when each loyal commitment member is able to affect the vote (i.e. there’s a weak majority), then once escalation of bad decision-making starts, it’s unstoppable. The study reveals that “groups enter in a sort of EOC spiral or vortex from which there is no escape."

Secondly, the research confirmed the value of external input to the decision-making process. While many committees will involve external consultants as advisors based on their experience and knowledge, they bring additional value by being outside of the groupthink scenario – meaning they are more willing and able to provide timely negative feedback where it’s due, and thus de-escalate the cycle of commitment.

This has particular impact for organisations that may be tasked with high-stakes decision-making processes. It underlines the wisdom of consulting widely, not only at the initial information-gathering phase, but also throughout the actionable phases.

This may involve bringing in third parties to act as a reality check, when a negative escalation is getting underway, and individual incentives (which may range from a desire for personal enhancements to a reluctance to speak up and rock the executive boat) become misaligned with the business objective.

If it’s not possible to bring in external checks and balances in this way, then those tasked with group decision-making should aim for diversity within the group itself, and try to diminish group responsibility effects, to reduce the propensity for persisting in a detrimental course of action.

Simply being aware, and perhaps candidly discussing the risks, of EOC could be helpful. This game-theory based model provides a new way for groups to examine and expose the insidious risks to their decision-making processes – and hopefully stop one bad choice opening the door to a spiral of chaos.