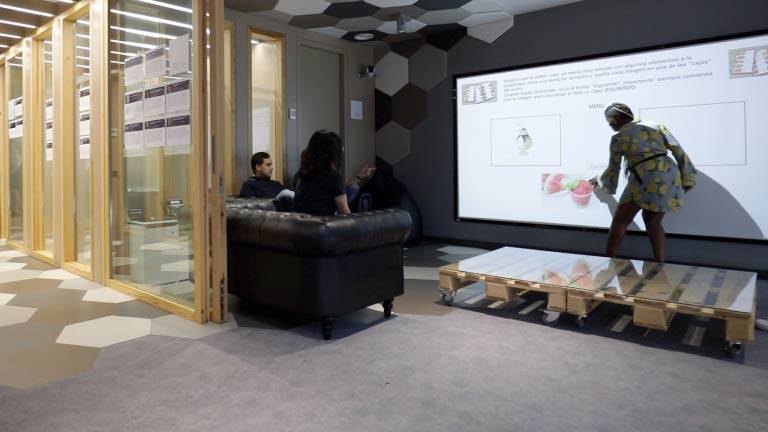 Businesses that want to make a difference in their digital transformation must consider three key pillars: knowledge of technology, fast skill acquisition and change in organisational capabilities.

This article is based on knowledge insights by Marc Correa

Today, digital transformation is a core issue common to many companies. Even though it now forms part of our vocabulary, Esade Associate Professor Marc Correa raises an important question: what really is digital transformation? And the truth is that each passing article, study or talk brings about new nuances.

In digital transformation processes, Correa argues, one of the factors leading to low performance often lies in relying too heavily on technological aspects, thus neglecting other social and organisational aspects that are equally important. This relationship must be rebalanced.

Bringing companies closer to digital transformation requires adopting changes that are based on three pillars: knowledge of technology, fast skill acquisition and change in organisational capabilities.

Technology is the cornerstone and the main trigger that can launch new products, improve efficiency and so on.

“Company leaders should, without fail, be familiar with new technologies, know what they are and what they involve,” says Correa. “We must rethink executive training, which is usually more focused on teaching soft skills, and increase the learning of technology to help executives successfully lead digital transformation processes."

Digital transformation pays off. A study by MIT Professors has shown that companies whose boards of directors have digital know-how obtain higher financial results as compared with those whose members have little or no experience in digital business.

The findings also reveal that boards of directors with at least three digital-savvy members obtained a 17% increase in profits as opposed to those who had two or fewer such members.

According to Correa, this lack of training in new digital technologies would explain why only a third of the efforts made in digital transformation have been successful. One of the latest McKinsey reports reveals that 70% of digital transformation initiatives do not attain the expected results. This means that of the 1.3 trillion dollars invested in technological improvements last year, 900 billion did not manage to reach their goals.

The technologies included under the DARQ acronym must be incorporated in this new executive training scheme. Training should be given on concepts such as distributed register technologies, and include blockchain, artificial intelligence, virtual reality, extended reality, immersive technology and quantum computing.

“The exponential nature of changes taking place are shortening the time required for learning almost everything, and this is a great challenge for skill development,” says Correa.

Learning is a slow process – the challenge is significant. Back in 1993, Erikson and his colleagues published an article that claimed that one needed 10,000 hours (or ten years) of intensive training and practice in order to be an expert on anything. “Today this concept is no longer an option,” says Correa.

“Executives need to be capable of acquiring abilities and skills much more quickly if they are to successfully implement digital transformation processes in their organisations.”

But, in an ever-changing market, not only are the timelines changing, but the skills also keep evolving. Recent studies show a growing demand in skills such as agility, risk decision-making, collaboration, adaptability, creativity, communication, influence and a growth mindset.

There are evidence-based models that demonstrate how organisations can speed up learning to acquire new skills. These models, such as the one shown in the chart below, have cut skill acquisition times by 50% and 80% as compared with traditional methods.

Finally, digital transformation unavoidably involves organisational change. But for it to be real, effective and long-lasting, organisations must be conceived as a system, with connected and interrelated subsystems.

In this process, leadership roles change. “A leader becomes the architect of the system, whose main function will be to design and ensure its correct design. All the subsystems must be aligned and push forward in the same direction,” argues Correa.

One should also remember that a company’s culture must lie at the heart of this organisational model. The implication is that the cultural subsystem is the result of the other subsystems.

Although it might seem contradictory, an organisation’s culture does not change through efforts to modify it directly, because such change is the consequence of the different subsystems that yield this culture.

Executives in leadership roles must be competent in technology

“When a cultural change process is to be implemented, as many subsystems as possible must be modified – the more the better – for the result to be a really different culture,” Correa summarises.

In short, the great challenge of digital transformation is being able to transform the organisation and embrace all the benefits and potentialities that technology provides.