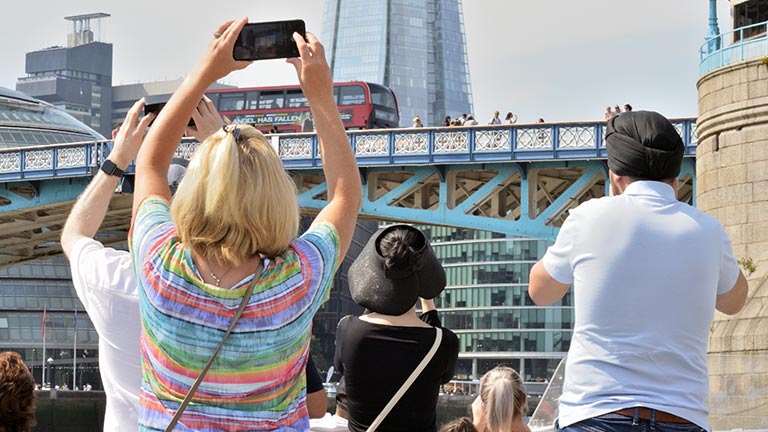 Endless Brexit and other conundrums for 2021 – and beyond

It might seem unwise to write about Brexit just as the two sides in negotiations are racing against the clock to reach an agreement – or about to give up, call a “no-deal” and throw in the towel.

But does it matter so much if the specific formula for the UK's disengagement from the European Union is declared settled now? Worth exploring is the notion that we are being distracted by details of the items that would prevent or allow a formal agreement and losing sight of the “forest” of broader and longer-range dynamics in which Brexit needs to be framed.

In 2016, on both sides of the Atlantic, two important fronts of uncertainty opened up unexpectedly – with much broader implications around the globe than in the directly affected geographical areas. On the one hand, the referendum that launched the “Brexit” process raised an enormous question about the split formula. On the other, Donald Trump's victory in the "electoral college" (while losing the overall vote) raised the question of whether the peculiarities and perversities of his character would be diluted or accentuated with his arrival at the White House.

We already (or almost) know how those questions have been resolved: on the eastern side of the Atlantic, as we approach the end of 2020, there is no formal agreement or clarity on the post-Brexit situation; and, on the western side, Trump's egocentric folly has grown steadily, reaching fever pitch in current weeks as he faces the unstoppable start of Joe Biden's presidency.

The questions for 2021 may seem less groundbreaking, but when they start being answered, they could have greater global consequences than those that emerged from the 2016 turning points and which shaped the course of this decade in many parts of the world.

As for Brexit, we could well face something akin to a series of arias without orchestration, but the theme will continue to be vibrant. On the one hand, unilateral (or discreetly agreed-on) contingency measures will have to temporarily fill the gaps that remain in the absence of a complete formal agreement, since reality cannot be based solely on absences or omissions. On the other hand, the multitude of gaps to be filled and variations in disengagement mechanics suggest that what appeared to be “wholesale” uncertainty around a Brexit deal has been replaced with a large number of “retail” uncertainties regarding post-Brexit realities.

What all this amounts to is the possibility that, beyond the immediate situation in January, it may not matter much whether or not there is a formal, comprehensive agreement now. A hasty and highly qualified agreement could turn out to be almost as uncertain as a lack of agreement. Reciprocal access (though asymmetric in quantitative terms) to different market segments will pose an elastic series of questions that will affect supply chains and many other flows of goods, services and data.

In addition to market-access limitations for goods, financial services and the complex web of regulations, agreements, standards and practices underpinning them will be particularly vulnerable to uncertainty. As unexpected (or underestimated) problems emerge, there will be more and more temporary measures that will prolong the period of transition and fine-tuning of adjustments.

On the other side of the Atlantic, the most immediate uncertainty has to do with the control of the Senate in the United States and the implications that the two runoff elections on the 5th of January in the state of Georgia will have on President Biden's room to maneuver. But in that case the result may also have much less impact on the political trajectory than it seems. A Senate – regardless of which party controls it – in which the majority depends on the votes of a pair of independent-minded senators does not represent any lasting resolution.

Thinking about the rest of the decade, it is worth keeping in mind – although not the subject of this note – important uncertainties regarding the potentially lasting effects of the 2020 pandemic. These range from the acceleration of digital technology adoption – including those enabling remote work – to fiscal pressures, the accumulation of public debt and the exacerbation of inequalities and social expectations. The resolution of these uncertainties will characterise 2021 and provide key parameters in the global context for both the post-Brexit world and the Biden White House.

But even focusing only on the two new realities that 2021 will start with due to Brexit and to the presidential and Senate election in the US, there are important global implications to be considered which have to do with geopolitical and geo-economic dynamics. Concern with the uncertainties of the moment on both sides of the Atlantic should not distract us from the fundamental global questions that have to do with the capacity for cooperation (especially in times of crisis), the importance of recreating an environment of intergovernmental trust and the renewed support for and reliance on multilateral organisations.

Coincidentally, Europe has a unique opportunity in the post-Brexit and post-Trump context to lead the world in emerging from the period of dismal global governance and cooperation that ends with 2020, a year in which the G7 was chaired (but not led) by the US and the G20 by Saudi Arabia. In 2021 the G7 will be chaired by the United Kingdom, and the G20 (with much room for improvement and reform – as we have suggested in From G20 to global leadership: a gap to be filled) by Italy. How these two opportunities are used – also to revitalise the transatlantic relationship – will have implications for the rest of the decade. Let's not waste them.