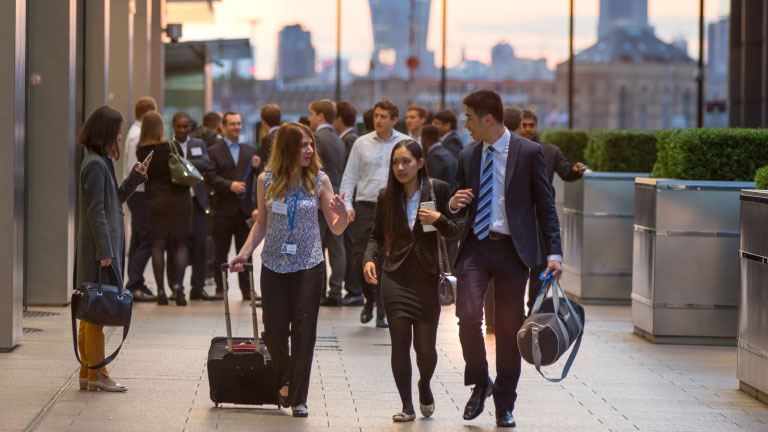 Everyone knows that a car is a car but that not all cars cost the same.

This is why you would be surprised if someone tried to sell you a top-of-the-range car for the price of a bicycle. Or you would think it was unfair if a family car cost the same as a heavy-duty truck. Or you might be annoyed if the difference in price depended entirely on the buyer’s bargaining skills, or the colour of the car, apart from the colours involved in more accidents.

The basic process you might use to avoid being surprised or annoyed in this simple example is much the same as the one you might use to explain wage differences and their pathological variant: wage discrimination.

As you will see, it is just a matter of asking “why?”, or analysing the question “why?” until you find a convincing answer – or, to use lean jargon, the root cause – and, while you are at it, understanding that the differences are not always as fair or justifiable as you think.

A wage gap can slide into the terrain of wage discrimination

Let’s begin by looking at the difference between pay gap and wage discrimination.

Pay gap is the percentage difference between the average wage – by hour and by allowances – of two groups (in this instance, men and women), not merely the differences in pay between the two groups for doing the same job.

To calculate it, three dimensions must always be taken into account:

Wage gaps are part of the natural diversity of things. They are not, generally speaking, forbidden if they can be explained, i.e. if there is a proportionate, objective reason for them.

Depending on how good or bad the explanation is, a wage gap can slide into the terrain of wage discrimination, which is simply a pathological version of the same thing.

International and EU legislation forbid gender wage discrimination for a simple reason: in the absence of a reasonable explanation for paying men and women different wages for work that is the same or is worth the same in a situation of similar conditions and merit, the difference is a clear breach of the right to dignity and equality.

The ban on direct discrimination prohibits paying men and women different wages when they hold exactly the same job, work in the same conditions and have the same professional characteristics.

If the work and skills of both employees are the same, why should their work be valued differently? What might the reason be? The pre-conceived idea that a woman’s wage is not so important because it is a second wage and is for a job which, by extension, is also deemed to be secondary?

The idea that women have higher absenteeism (due to maternity) and therefore their work is not of the same quality? Are these reasons acceptable because they are objective (i.e. based on proven and undisputed indicators rather than on subjective beliefs or ideas) and proportional (i.e. pertinent, appropriate and weighted)?

Indirect discrimination on the other hand forbids cases in which an apparently neutral practice, criterion or provision causes a specific disadvantage with regard to women’s wages in comparison to men’s.

Wage policies may have a negative impact on women

But what is forbidden is an outcome: evidence that wage policies may have a negative impact on women. It does not matter whether such impact is deliberate or not. It must simply exist and be statistically proven.

This is why, in practice, this sort of discrimination is usually not deliberate. It stems from policies that do not specifically state gender as a differentiating factor. Consequently, because they attract no attention, no one questions their suitability in terms of neutrality.

It is scientifically proven that women are worse bargainers than men when dealing with unknown or external benchmarks and when they are negotiating for themselves rather than third parties.

This is why, in terms of neutrality, when a recruiter puts the onus on the candidate to give the first figure by asking the classic question, “What are your wage expectations?”, it is not the same as when the company states a figure or wage range within which the job and value of the candidate can be negotiated.

If no parenthesis is applied during maternity leave when calculating an annual bonus then the bonus is not neutral because pregnancy is an exclusively female contingency and maternity, for the time being, occurs more often amongst women.

It is scientifically proven that women are worse bargainers than men

If a factory justifies different wages on account of the physical effort or danger associated with work on the welding and stamping line, whilst overlooking the stress, mental demands and ergonomic hazards of repetitive, assembly-line work, then it may cease to be neutral, particularly if different numbers of men and women work on the two lines.

If a company pays for greater dedication or availability but has regular, uniformly rigid working days with no room for flexitime, then it may not be neutral because it imposes greater rigidity and difficulty on working longer hours, particularly for women because they are still basically in charge of caring for relatives.

Being neutral does not call for one size fits all. Nor does it mean trying to cater for all sensitivities to the detriment of a company’s goals and profits.

Being neutral means incorporating social impact into corporate decisions. It means having a thorough understanding of the key factors in social structures, and the complexity of people management policies and their links to what happens both inside and outside the company.

And it also basically means quality management: having unbiased, representative indicators and evidence, basing policies on observation and qualitative research, using critical thinking to decide whether the way things are regulated is reasonable, indispensable and does not give rise to any perverse incentives or negative external factors, and ensuring the on-going enhancement and adaptation of policies so they do not remain anchored in past mistakes.