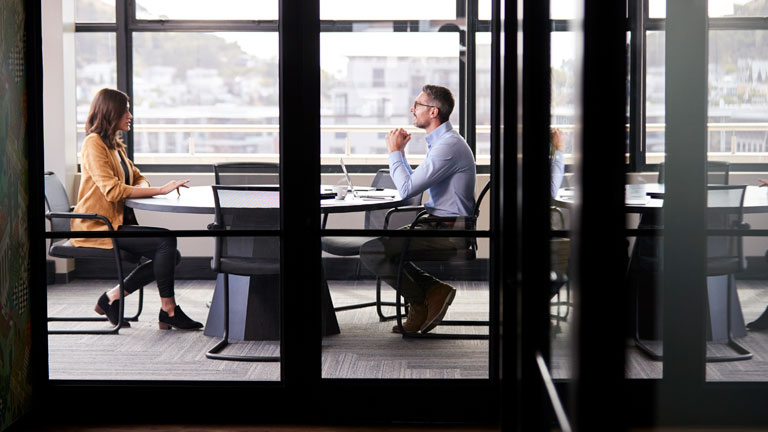 Leadership and power in organisations: challenges, risks and opportunities

This interview is adapted from the conversation "Companies, strategy and power networks" with Carlos Losada, published in Arpa Talks.

Leadership and power in organisations are a double-edged sword: if they are well managed, they can inspire changes for the better, but if they fall into the wrong hands, the consequences can be dire. We spoke to Carlos Losada, associate professor in the Esade Department of Strategy and General Management, about the challenges, risks and opportunities of leadership and power in organisations. “Management necessarily leads to a distancing from reality and to the administration of power, and this entails many risks,” the expert warns.

Do Better: In one of her books, Hannah Arendt claimed that the US president could be the most ill-informed person in the world, because there are so many filters between reality and the information he receives that he can be manipulated with relative ease. Is it a similar case with top executives in companies?

Carlos Losada: Hannah Arendt's reflection is highly perceptive and true. There are studies about US presidents that show how some of them, when they had their doubts about what was happening, would always ask for the same information from two totally different sources, without either of these knowing about it. Another interesting practice, albeit heavily marked by her ideological position, concerns Margaret Thatcher. When a substantial change was suggested to her, before accepting it, she would oblige the person proposing the change to take a hard look at reality. For example, she would have them visit the unemployment offices and see what was happening to people who were not being paid benefit: in short, she would send them off to "get a taste of reality.”

Do Better: Is this a "universal" phenomenon?

We are looking at a widespread problem here: on many occasions the information at the apex of management is not good, because the filters are enormous. This dilemma was very clearly illustrated in the film Vice, which shows how decisions were taken about weapons of mass destruction in Iraq based on a tremendously manipulated use of information. This problem can be observed in the private sector, the non-profit sector and also the public sector.

On many occasions the information at the apex of management is not good, because the filters are enormous

Do Better: Why does this occur?

In essence, management entails a distancing from reality. As you climb the hierarchical ladder, you slowly move away from managing the day to day (the production of goods and services, sales…) and the concrete reality of a sector becomes increasingly distant: you gain in terms of a global perspective, but at the cost of becoming distanced from reality. To discover what is going on, a manager has to contact the person in charge of day-to-day affairs. High-level executives gradually become more distanced from reality, because they have to respond to many other obligations and exercise a broader vision.

Do Better: Information is power. Let us turn to power. Does it make sense to concentrate so much power in so few hands?

I would say that there is a “technical" element (a “natural” logic in organisations) that leads companies, as they grow, to concentrate power at the top (not in the same way in all of them: this occurs more in divisional organisations and bureaucratic models than in organisations of professionals). Another consideration is how to understand this power. I will now say something that may seem tremendously naïve, but I believe it is very important. Power may be motivated by something functional for the purpose of fulfilling our requirements, but it may also be motivated by psychological needs, unresolved problems that are solved by accumulating or even misusing power, and these are frequent pathologies among managers.

Do Better: When does it make sense to accumulate power in so few hands?

Power makes sense insofar as it serves the purpose that has been designed. Power must be “functional”: it is accumulated insofar as it is required to solve a human problem. And if this is important in the context of a company, it is also important on a social level. Today, managing global problems requires an accumulation of power in international bodies, which implies a loss of sovereignty (power) for states. This is necessary in response to matters of health, such as pandemics, economic issues, such as the respect of intellectual property rights, and many other concerns.

But there are many authors who warn that the concentration of power in the private sector (in large transnational companies) is dangerous, since it results in abuses of market position and it inhibits competition and innovation… it can even threaten human rights. For this purpose, the creation of multilateral public agencies that “govern globalisation" are suggested. But at the same time, imagine the aggregation of power in a world government. Many experts declare that it is better to have many agencies rather than a global accumulated power that could lead to the worst dystopias not even Huxley could have imagined. When power is accumulated to solve a problem, it is necessary to create counterweights and guarantees that will prevent the abuse of that power, even at the cost of being less efficient and effective.

Do Better: But does it really have to be like this? Isn't this a very negative outlook?

In the history of humanity, there is not one case – you would have to search far and wide to find exceptions – in which whoever has power has not exercised it to fulfil his or her vision, which may be very good (initially), or very bad. Mistrusting aggregations of power is a contribution made by liberal thinking that is of exceptional importance to humanity. As soon as you accumulate power, it is more than likely that you will end up misusing it. To offer a real-life example, I remember that when I was in charge at one of the organisations where I have worked, I had a tense relationship with the works council. On many occasions they behaved unfairly towards me, casting judgement on my intentions and “manipulating” data to mobilise the employees. But looking back, with the benefit of time, I realised how their actions limited my power and the possible abuses of power of which I might not have been aware. Even with the best of intentions, power can be misused!

High-level executives gradually become more distanced from reality, because they have to respond to many other obligations and exercise a broader vision

Do Better: Is there a greater tendency to accumulate power today than in the past?

I would not be able to answer this question with any great precision. Certainly, today, power over people can potentially increase thanks to technology. At all events, the distribution of power is a very sensible measure. Never before has so much power been accumulated in China, and the same may be said of India. Trump has shown us how power can be used for clearly partisan purposes, even in a consolidated democracy. In other countries too, a lot of power is being concentrated in very few hands. And this is extremely dangerous. We should be wary of the accumulation of power and exercise great caution.

Do Better: Sometimes the accumulation of power in companies is excessive...

As I mentioned earlier, the accumulation of power is necessary. What's more, it is impossible to imagine a company without a reasonable accumulation of power, sufficient to fulfil organisational purposes, but I would repeat, this accumulation has to be functional, insofar as it is necessary to solve a problem or a need, making it possible to achieve what is required. However, the human tendency to misuse power is very strong. In all religious traditions, power is seen as a potential source of evil. Furthermore, it is driven by very basic human needs. Power gives a great deal of security. It satisfies many deep psychological needs. The temptation of power is very great.

As soon as you accumulate power, it is more than likely that you will end up misusing it

Do Better: How can high-ranking representatives of a company take sensible decisions when they are subject to so much pressure and "temptations" of power?

A good manager requires a great many management skills: the capacity to motivate people, qualities of leadership, the ability to see patterns where no one else can, the capacity to solve conflicts, the need to be results-oriented… But over and above these skills, there is a “black box", of which practically no account is taken in the academic world; in my experience, it is fundamental to becoming a good manager, rather than a toxic manager. I refer here to strong convictions, a person's deepest life values, values that they do not even acknowledge to themselves on occasions. For example, how a person faces up to failure, how they flee from it, what (conscious and unconscious) ambitions they have, how they approach the world, life and their profession, how they understand the company within society... These weighty life convictions are critical when it comes to taking decisions in companies.

Do Better: And can this be "learnt"?

Yes. In fact, this learning process is what distinguishes some managers from others. For example, spirituality – not necessarily in the religious sense (although it may include this), but in a very broad sense, in the sense of a person's "inner life" – is key, because if a person is well-rooted (they have "a healthy inner life"), they are better at handling a lot of pressure, and they will even resign if limits are crossed without their agreement.

There are company presidents in the Spanish financial sector who warrant re-examination: some brought their banks to ruin, while others, before making bad decisions, were capable of saying no and resigning. It is a good thing that history provides a record of the existence of different positions.

And it is in these types of decisions that a person's deeply held convictions are highly influential and can change the course of the future. An awareness of these convictions (genuine convictions, not desired or declared convictions) is part of a long process of working on one's inner life. Only in this way can freedom be gained from internal impulses and external pressure. Esade's origins can be found in the Jesuits who were asked by some entrepreneur friends to create a business school. In their tradition, Jesuits have an important instrument, “discernment”, which helps them to gain this freedom. Whether through discernment or through the processes that are most appropriate for each individual, it is essential to work on one's inner life, if the aim is to have a healthy relationship with power and to maintain a high degree of freedom.

Do Better: So, on another occasion we will have to talk about discernment.

Without a doubt, for it is a “great school of freedom.” But on this subject there are some true masters at Esade: the professors (Pep) Maria and Josep Lozano… they will be able to explain discernment better than I can.