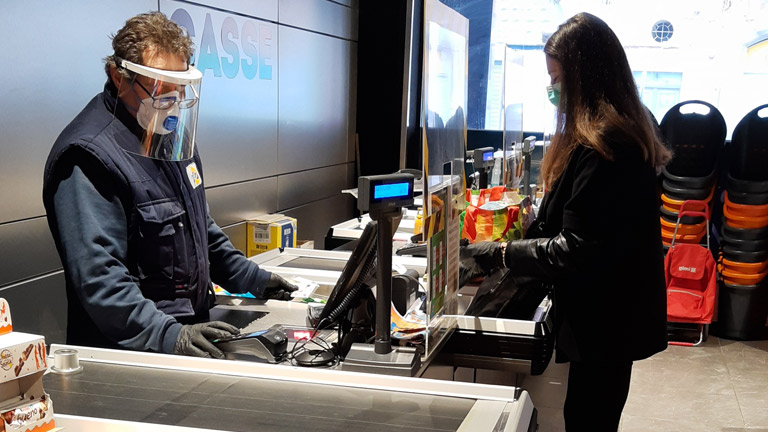 Universal Basic Income (UBI) is a programme whereby all the citizens of a country (normally, all adult citizens) receive an unconditional income, independently of whether or not they are in employment, and independently of any other income or assets they may have.

The virtues of this proposal are twofold: a) no citizen will fall below the poverty line (this is why it is called basic income, having been conceived as the minimum amount required to prevent social exclusion), and b) the means and costs of distribution are simple and swift, precisely because it is universal and independent of any other condition.

Different interpretations of the UBI exist, but in general its characteristics are as follows:

On account of the coronavirus crisis, debate about the UBI has returned with new vigour. It is very likely that the provision of a transitory UBI would have made it possible to face the pandemic with greater administrative ease and less social stress.

But the UBI is an old idea which had already generated controversy in recent years in the context of the debate about automation and technological change. Are we heading towards a jobless future? Clearly, the arrival of disruptive technologies such as artificial intelligence will have an impact on labour markets that is difficult to quantify.

Some experts, particularly those with an eye on technology, say that machines are going to replace people on a massive scale, taking over both manual and cognitive tasks. Others, pointing to economic evidence, argue that whenever substantial technological changes have occurred, although obsolete jobs have indeed been destroyed, new alternative niches of employment have always been created.

The idea is as attractive as it is controversial and counter-intuitive (a first reaction might be to deem handing out an unconditional and universal income hare-brained), but its effects must be assessed in their totality (in terms of spending, investment, cost and behaviour in each population segment), and over the long term.

If their minimum living requirements are covered, (a small) part of the population will opt to stop working

What happens when a population is offered a minimum income for life, with no conditions? How does this population behave and what are the effects of this income? Is it positive or negative for the economy?

Numerous pilot projects have been set up around the world, but none of them have been conclusive, since, in general, they have been too limited in terms of the sample, conditions and period of implementation. The following are some of the doubts commonly raised with regard to this concept:

Why is this income not offered subject to conditions, making it dependent, for example, on being unemployed?

The UBI would be linked to a kind of citizens' right: all citizens would be unconditionally entitled to have their minimum needs covered. Those who defend the UBI argue that a supply of direct cash would overcome the classic "poverty traps" (if the income is dependent on being unemployed, then there is an incentive to remain unemployed), and as a procedure it would be swifter and more transparent, since costly bureaucratic mechanisms of control would be eliminated.

Does it disincentivise work?

Possibly, to some extent. From the pilot projects completed, it may be concluded that if their minimum living requirements are covered, (a small) part of the population will opt to stop working. But perhaps this a low productivity segment of the population, and/or one that has inevitably been rendered obsolete in the face of technological change, composed of people who are unable to readapt due to their age or personal situation. Or they may choose to stay at home looking after elderly people or children, fulfilling a valuable social function.

On the other hand, another section of the population would also decide to stop working in order to launch enterprising initiatives, because the personal risk involved would be smaller. Some writers view the UBI as a kind of venture capital for people and defend its energising effect on innovation and economic growth.

Is it morally fair to offer people who refuse to work an income?

There is heated discussion about the moral justice of this idea. The counter-argument is that it may be socially more unfair that someone who wants and needs to work cannot find work and falls into poverty. At all events, the UBI must be situated in a theoretical context of abundance linked with technological change, in economies that are able to generate wealth (it is important not to forget this point of departure).

Let us imagine a society that is capable of generating calories at zero marginal cost (or even zero cash cost). Which of these two scenarios is morally more unfair: freely distributing these calories and allowing someone who chooses to live a life of leisure access to the heat; or restricting the calories and allowing someone who has no access to work despite wanting to work to die of cold?

Is the UBI a way of making society more uniform?

Although it has traditionally been associated with left-wing political positions, the UBI is an old concept with sympathisers right across the political spectrum. The idea dates back to the Renaissance (Thomas More's Utopia) and it gained momentum during the Age of Enlightenment. It has been put forward, in different formats, by economists as diverse as John Stuart Mill, John Maynard Keynes, Friedrich Hayek and Milton Friedman (the last two being the intellectual fathers of economic liberalism).

Politicians such as Franklin Delano Roosevelt, Richard Nixon and Barak Obama, social leaders such as Martin Luther King and investors such as Warren Buffett have all defended forms of the UBI. Key entrepreneurs from the North American technology industry such as Elon Musk, Bill Gates and Mark Zuckerberg have voiced their support, not obviously as a type of uniformising neocommunism, but precisely as the culmination of the capitalist system.

If the new emerging business models in the digital economy have a much smaller capacity to generate employment than those in the old industrial economy, a search must be made for alternative forms of distribution to prevent a collapse in demand.

The UBI is confined within the framework of a free market economy, as a guaranteed minimum subsistence figure starting from which recipients can embark on entrepreneurial initiatives and take decisions to further their personal and professional development. Some liberal thinkers believe that real freedom does not exist for human beings if they are subjected to the tyranny of poverty and exclusion.

In the eyes of conservative wings of North American think tanks, the UBI may be the device that protects capitalism from the spread of inequality (with populist repercussions and severe social instability), a wake-up call for the far-reaching reform and simplification of welfare states (eliminating many of today’s inefficient and costly bureaucratic structures) and a pillar of support for the flexibilisation of labour markets (which would not leave anyone in a situation of exclusion in the face of rapid business model changes).

Would it create inflation?

An argument against the UBI is that it would immediately provoke a response in the economic system, namely a rise in the prices of goods and services, eroding the increase in people's income. There is no consensus on this matter in the economic literature.

The UBI is equated with helicopter money (having a similar effect to throwing money to people out of a helicopter). But these types of policies are associated with expanding the size of the monetary base at times of recession, which could indeed lead to inflation. Those who defend the UBI argue that it would not mean putting a larger monetary base into circulation, but redistributing the pre-existing base.

Can it be introduced today?

It is impossible to introduce a form of Universal Basic Income on a wide scale at present, due to the high cost this would entail in most advanced economies. And any partial approach to a UBI is possibly inefficient. Nevertheless, economies are creating more and more wealth, largely thanks to technological change.

It is impossible to introduce a form of Universal Basic Income on a wide scale at present, due to the high cost this would entail in most advanced economies

According to a range of observers, the cost of a UBI is put at between 10 and 25% of the GDP in economies such as the US and Switzerland (where a referendum on its introduction has already been held), depending on the amount offered and the degree to which it replaces other social protection mechanisms; this is an excessive fiscal effort, although it becomes more likely in future scenarios of accelerated technological change.

According to Brian Arthur (Stanford), if the total US household income (8.5 billion dollars) were shared by America's 116 million homes, each family would receive an income of 73,000 dollars. However, in the US there are more than 40 million people living in poverty. Arthur concludes that wealth is created. We aren't living in the Middle Ages. But the system is very inefficient in its redistribution, to the point that it may collapse due to inequality.

If the future turns out to be as some analysts predict (by around 2060 all human tasks could be performed by algorithms or robots, according to Oxford University), we will have to introduce some important social innovations into a system that creates technological wealth, but does not distribute it.

In my opinion, there are two basic prerequisites for being able to offer a UBI: firstly, attainment of a level of economic development that will allow it (an innovative economy based on knowledge), and secondly, a society that is educated and mature.

Therefore, it is fundamentally important to progress towards high productivity economic models based on knowledge and innovation. Only then will a UBI be possible, as the destination point of a free market economy within the framework of advanced democratic systems. Today, a structural UBI is impossible, but in the future it may be essential.