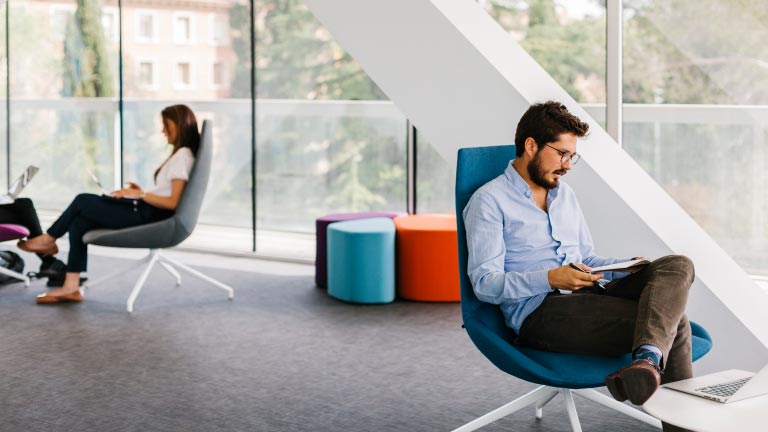 The role of business schools in innovation systems

A few weeks ago, Oriol Alcoba invited me to attend the 10th anniversary of Esade Creapolis and share some reflections about what role business schools should play in innovation systems.

It is not an easy question to answer as the "innovation system" concept, much like the definition of innovation itself, is still in its infancy.

To give an example, the Oslo Manual, of which there have already been four versions since it first came out in 1992, did not explicitly acknowledge the fundamental role systems have in business innovation processes until its 4th edition.

The “business school” concept has been around a bit longer and some have already reached the ripe old age of 100. However, over this period business schools have had to reinvent themselves several times in order to adapt to an ever-changing business reality.

Innovation has become increasingly important, not only as a core skill to be included in academic research and undergraduate, postgraduate and executive training, but also as an ingredient that schools have had to use in their own processes under the onslaught of technology and globalisation.

So while the question is not easy to answer, it is highly relevant to both innovation systems and business schools alike.

As a lecturer at Deusto, and because I was invited by Esade, I thought it would be interesting to answer the question in a framework made up of the four key components of Jesuit teaching: utilitas, iustitia, humanitas and fides (utility, justice, humanity and faith).

This is perhaps the most obvious of the four. Businesses need to train staff and directors in the art and discipline of innovation management. This area of knowledge calls for academic research to help steer good practices more objectively.

Yet this is not only about businesses. Public institutions also face the challenge of innovating and promoting business innovation in their regions, both of which are key aspects in ensuring their prosperity (as shown in the research findings of 2018 Nobel Laureate in Economics Paul Romer).

This is where business schools can play a fundamental role as both educators and researchers. Esade happens to be one of the leading schools in the country in this field, led by Xavier Ferràs and other lecturers.

We are at a historical crossroads characterised by an upsurge of inequality in developed countries as a consequence of three great waves of change: demographics, technology and globalisation.

The problem is becoming clearer, but not so the solution. If anything, intuition would suggest fundamentally changing or overhauling capitalism so that businesses take on a much more active role in the redistribution of the wealth they create.

Yet the habits of decades in which shareholder payouts have dominated corporate approaches are hard to break.

The most recent COTEC survey on the social perception of innovation has confirmed that most people think the latest technological breakthroughs are exacerbating inequality, particularly for society’s most vulnerable groups.

Business schools need to drive innovation that is not only focused on new ways and models of wealth creation but also on its fair distribution, a new "social contract” for the 21st century as Professor Antón Costas suggests. Otherwise, innovation systems will fail to accomplish their mission…

I quote Xavier Ferràs in a recent post: "Paradoxically, in a world dominated by technology, a philosophical and humanistic viewpoint and critical judgement will be more essential than ever."

This new social contract requires a new outlook, but not one based solely on technology or the economy.

We need to rethink the welfare state, the idea of employment, life in cities, the economic model and so on. We need to put people back at the centre and return to the humanistic viewpoint that so lit up the Age of Enlightenment.

Business schools ought to be capable, conscious, committed and compassionate

Antón Costas often recommends reading the book The great transformation, written in 1944 by the Hungarian philosopher Karl Polanyi, to understand the scale of the changes that have to be made.

History teaches us that these great transformations require the work of committed individuals, people whose roots run deep in a transcendental sense.

The wonderful film A man for all seasons portrays Thomas More, a key figure in the Renaissance who sowed the seed of social and economic transformation. Only people with strong convictions are capable of facing the personal risks transformation entails…

On occasion, these four dimensions (utility, justice, humanity and faith) are translated into four adjectives that should go hand in hand with educational institutions. Business schools ought to be capable, conscious, committed and compassionate. Recently Father General Arturo Sosa has added a fifth “c”: consistent.

Most certainly a challenge for the 21st century business school.