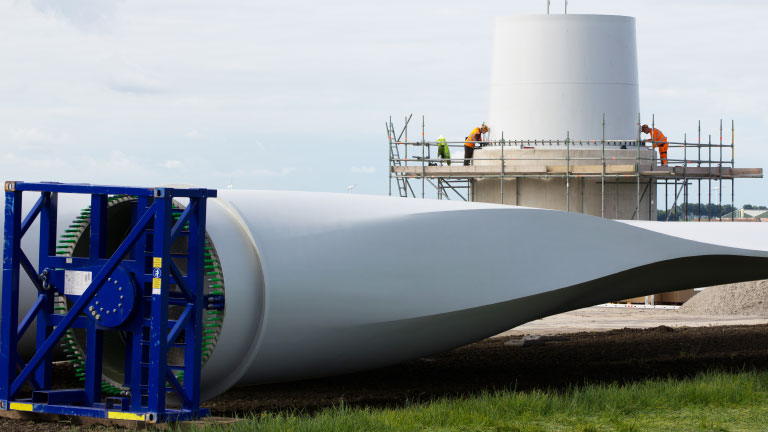 Businesses of all sizes play a critical role in the fight against climate change. Adopting more sustainable practices will be crucial if we are to mitigate global warming.

Do Better: Your research on sustainability won the first prize from the French Foundation for Management Education. In your paper, you claimed that companies need to think beyond business-as-usual.

Tobias Hahn: The challenges our world is facing are so big that the way businesses approach sustainability today is no longer enough. In our research, we examined how the changes in a leader’s mindset influence her views and actions on sustainability.

A really responsible leader takes on responsibilities that go beyond the business case, she does the right thing for the sake of doing so because she knows it’s her responsibility towards the world.

How can businesses go beyond business-as-usual and make a difference to fight climate change?

There are a million reasons why tackling climate change is extremely difficult, but excuses don’t help. Climate scientists tell us that if we want to prevent a global temperature increase of more than 2 degrees, we have to reduce carbon emissions to zero in about 30 years. Hence, we need to act immediately.

Unfortunately, most climate predictions have been too optimistic – our planet is warming much faster than scientists calculated. But on the bright side of things, there are business initiatives that are trying to develop climate-friendly alternatives.

Can you give us examples?

There’s a new wave of investment coming from the private sector into climate-friendly technologies. Markets are playing a growing role in climate change. Not necessarily because investors are suddenly becoming green and ethical, but because they are starting to understand that climate change puts their investments at risk.

For instance, if you invest in a coal plant now, the chances of regulations changing in five years due to global warming are pretty high and this shift could put your investment and assets at risk.

How is global warming affecting industries?

One example I often explain to my students is how global warming is reshaping the car industry. The sector is in a state of turmoil, and no one knows – governments included – what the future will look like. In Germany, for instance, employment relies heavily on the car industry. The battery-powered car is not really picking up and the sector faces two additional issues: customer acceptance and infrastructure.

Many people would like to drive electric cars, but there are currently not enough raw materials to build batteries for everyone. We need lithium and cobalt, and supplies of both are limited.

To make things worse, the main sources of cobalt are in the Democratic Republic of Congo where the working conditions are horrible. Besides the raw materials, another question is where the electricity comes from – if it’s produced with coal then you gain nothing...

There’s a lot of uncertainty...

People are reluctant to change, but science tells us we need to change our lifestyle if we want to avoid the devastating consequences of climate change. If we do not change now, nothing will stay the same.

We also need to rethink agriculture, another area which plays a critical role in climate change due to fertilisers and meat consumption. Over half of our crop production is used to feed livestock. Beef is extremely climate harmful.

We're on a roller coaster.

Everyone is responsible for his or her own decisions and behaviours, but I honestly think it will be impossible to solve the climate crisis without strong government decision-making and regulations.

Climate deniers such as Jair Bolsonaro in Brazil or Donald Trump in the United States are based on short-term economic interests. But the profit principle is not going to prevent the climate catastrophe.

Business schools play a critical role in the fight against climate change. Our students need to understand that there are limits to profit and they need to look beyond financial benefits. Because there’s no point in making short-term profits if in a few decades everything goes down the drain.

How can governments help businesses in this transition?

Governments need to create a legal framework that ensures that the production of alternative energies becomes interesting, rewarding and profitable for companies.

As in any transition, there will be winners and losers. But if we don’t act now, we’ll all be losers because we’ll be forced to face a four-degree temperature increase that will create devastating consequences for the planet.