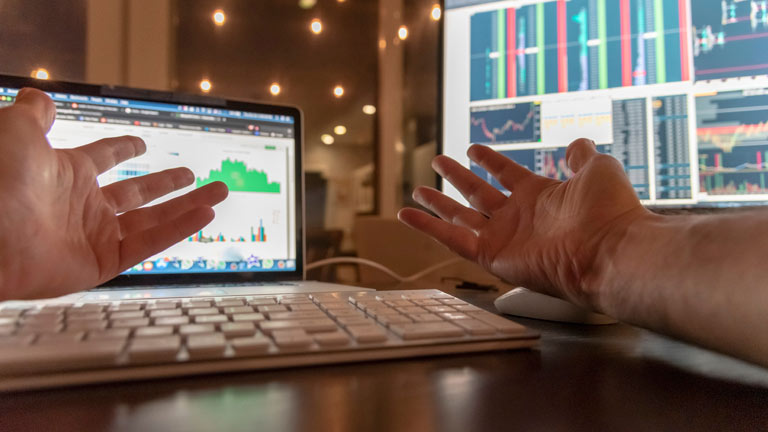 Article based on research by Bart de Langhe

We’ve never had access to so much data. In fact, some would argue you can never have too much of it. However, just because data is king, that doesn’t mean that all of it is useful. Many executives report that their data analytics initiatives produce disappointing results without actionable insights. This is not the fault of data analysts, but instead is down to good leadership.

What question do you need to answer?

According to Esade Professor Bart de Langhe, sometimes analysts answer the wrong question. In his recent research he uses the example of a subscription-based business model, with members renewing in response to a letter sent just before the expiration date. The company uses a sophisticated predictive algorithm to determine whether an active member is likely to renew and if they’re not, sends a gift to those at risk.

Targeting high-risk customers is a common but flawed approach, says de Langhe. He says that the question, “How likely is a customer to churn?” is the wrong one. The really relevant question is “What is the effect of including a gift on a customer’s likelihood to churn?” Answering this requires conducting a randomised controlled trial.

If you start from data that are available you run the risk of landing on the wrong question. With decision-driven data analysis, the decision comes first, and this ensures that the right data is collected and analysed.

Using a data-driven approach runs the risk of reinforcing pre-existing beliefs. Professor de Langhe gives an example of an ice cream vendor that wants to determine how well its Twitter advertising impacts sales. Using Twitter’s three-step attribution process, the company is able to compare purchasing decisions of those customers who engaged with the brand on Twitter and those who didn’t.

Again, Professor de Langhe argues that this is flawed. “It’s consistent with clients’ beliefs that social media advertising works and that its effectiveness can easily be measured,” he says. “Twitter has sold its three-step process to many companies. However, I use it in my teaching as an example of flawed data-driven decision-making.”

De Langhe says that comparing customers who saw a brand’s content with customers who did not see the content is akin to comparing apples with oranges. The problem is that customers differ. The ice-cream brand’s most loyal customers are bound to engage on Twitter. They don’t necessarily buy because they saw a Tweet. Sometimes it’s the other way around and to assume otherwise exaggerates the impact of advertising on sales. It’s all too easy to take data that’s consistent with our pre-existing beliefs at face value.

Find data for a purpose, not a purpose for your data

To move to a decision-driven data analytics approach, it’s important to identify key decisions and decision-makers, and find data for a purpose rather than finding a purpose for the data available.

Professor de Langhe says that in order to do this, leaders can take three important steps. “First, it is the responsibility of decision makers to form a narrow consideration set of alternative courses of action. Second, it is the joint responsibility of decision makers and data scientists to identify the data needed to figure out which course of action is best. The third step is to choose the best course of action.”

He says that too many decisions are made after only one course of action is considered and this can have a detrimental effect on decision-making. So, if a business objective is to increase the value of a customer base, a gift to reduce churn is just one of many possible courses of action. But this company could also improve customer development (through up- or cross-selling, for example), make investments to acquire new customers (such as through sales promotions), or improve editorial content.

Decision-driven data analytics is not about collecting as much data as possible, it’s about considering the value of data

However, says de Langhe, “too many alternatives can make the problem intractable from a managerial and data-analytics perspective.” If decision makers think wide then narrow, decision makers can ensure that the final consideration set includes high-quality and feasible courses of action.

Professor de Langhe says, “The goal of data analytics is to turn unknowns into knowns so that alternative courses of action can be ranked more objectively.”

Having the decision first draws attention to unknowns and this poses a significant advantage, making limitations known immediately. Decision-driven data analytics is not about collecting as much data as possible, it’s about considering the value of data. De Langhe says, “If you would make the same decision before turning an unknown into a known as you would after, then there is no benefit in engaging in data collection and analysis.”