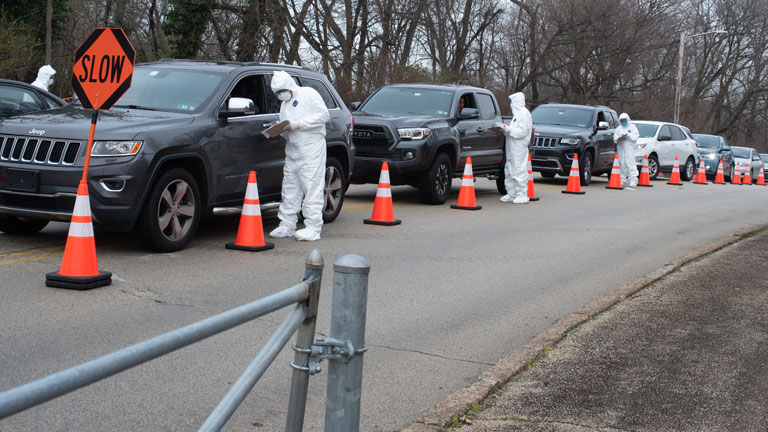 The crisis brought about by the spread of coronavirus is not only a health, social and economic emergency of the first order. It is also the stage where three of the most significant political challenges of our time are being acted out: the vulnerabilities engendered by globalisation, the risks of ignoring environmental sustainability and the rise of autocracies as legitimate forms of government.

The lightning and devastating spread of the coronavirus pandemic is a direct consequence of the vulnerability that globalisation’s interconnectivity has brought about.

While global markets, infrastructures and movement of people have made our global economic system more resilient in many dimensions, this pervasive interconnectivity has also increased our vulnerabilities exponentially.

An economic or social shock can be transmitted and magnified at breakneck speed to all corners of the world through different network effects. It has been nothing short of astonishing to observe how sophisticated financial markets, highly integrated manufacturing supply chains, and all-powerful global corporations across the globe have suffered unparalleled damage from the impact of what is after all not an extremely virulent virus.

Our economic system has proven far less resilient and much more vulnerable than anyone would have expected.

The coronavirus pandemic is also yet another warning from our ecosystem. The combination of the demographic explosion and the economic growth of the last decades has led to an unprecedented encroachment into wild lands and animal habitats.

As Jim Robbins, a science contributor at the New York Times, noted in a prescient article on this issue back in 2012, most emerging diseases in recent decades have come about as a result of this process. Large urban centres have sprung up throughout poor countries, where people and livestock, which act as transmitters of viruses borne by wild animals, live together.

According to data from the International Livestock Research Institute, diseases that spread to humans from animals kill more than two million people a year. In fact, emerging diseases have quadrupled in the last half-century, according to EcoHealth Alliance, an organisation that studies the ecological causes of disease.

Sixty percent of emerging infectious diseases that affect humans originate in animals. Over two-thirds of these originate in wildlife, whose habitat humans are increasingly invading. We do so at our peril: only around one percent of wildlife viruses are known and modern air travel and economic interdependence have increased exponentially the likelihood of the kind of outbreak we are suffering today from one of these viruses.

Emerging diseases have quadrupled in the last half-century

Finally, the successful manner in which China has dealt with this emergency, at least according to its public opinion, and the comparison with the apparently slow and ineffective efforts of Western governments, will add to what is probably the most challenging political question of our times: the battle between Western democracies and autocracies as models of effective and legitimate forms of government.

The question is not whether authoritarian regimes have proven themselves superior to democracies in the management of the crisis; that may not yet be the case. While they may have stalled in their reaction, democracies have shown throughout history that they are formidable machines when they get on a war footing.

Democracies like Taiwan or South Korea have dealt effectively with the virus thus far, even though they have relied heavily on a collectivist spirit and almost uncritical respect of state authority that is absent in Western democracies.

No, the question is not that. It is whether autocratic regimes have proven themselves capable of responding to the challenge in the eyes of their people, and certainly China seems to have done so. By their effective response, the Chinese authorities have increased the trust that their people have in them, and thus the legitimacy of their form of government. In the process they have also further legitimised the state’s use of massive surveillance and personal data. This will pose an enormous ethical challenge to the West.

Up until now, for all our lip-service to the economic achievements of China, its form of government has been looked down upon by Western democracies. But the reality is that a large percent of the world’s population may start to be not only subjected to but also content with autocratic regimes.

The West is yet to reconcile itself with this reality. Acceptance of each other’s systems of government, however much we dislike them, may be unwelcome to many. Some will see it as accommodation with unacceptable behaviour by undemocratic regimes. But others will conclude that we have to treat the world as it is, not as we would like it to be.

No one knows how the world will look after this crisis. There are plenty of reasons to worry. Not least the fact that it catches Western societies with weakened social fabrics.

Calls for civic behaviour or solidarity by authorities may start to sound hollow, even nefarious, to large parts of society already shattered by economic insecurity, immoral and unjustified levels of income inequality and enfeebled social services. Add a good dose of fear, something pandemics always bring plenty of, and one can start to hear the opening notes of a new age of vulnerability, on which, as always, extreme political movements will prey. And of course, this crisis will likely prove to be yet another building block in the process of deglobalisation that commenced with the Great Recession.

Yet there is also reason for optimism: humanity is resilient and has shown itself capable of overcoming much more serious crises in the past.

Crises are transformative and open the door to profound changes in behaviours, policies and institutions. But when thinking about in which direction to steer this transformation, we would do well to listen to the alarm bells, of which this pandemic is just the latest, warning us that our economic, social and environmental arrangements are bursting at the seams.

Webinar: Capitalism in times of pandemics

Building back better: The All In leadership framework

How city councils can retrofit sustainability