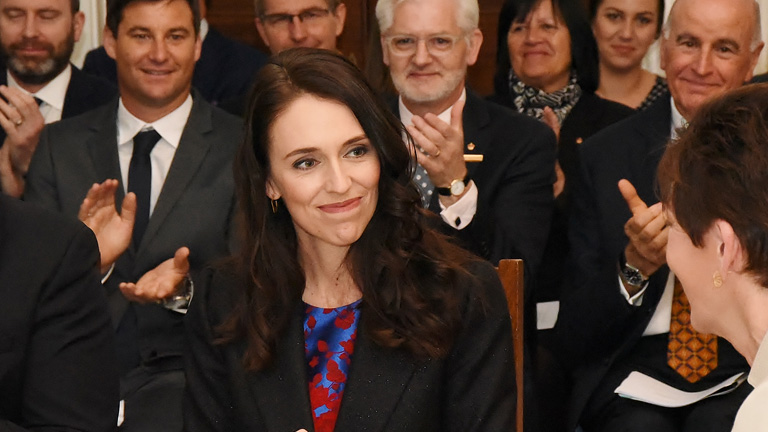 There's nothing better than a crisis for exposing mediocre or overrated leaders. People quite popular a few months ago came to be seen as ridiculous or inadequate in a matter of weeks. Leadership is even more crucial in times of great uncertainty, and several interesting conclusions can be drawn from today's scenario.

In 2006, the decision by the Italian virologist, Ilaria Capua, to publish the genetic sequence of the bird flu virus led to the development of open-source science and the movement to make data freely accessible to the entire scientific community. Capua was named a "revolutionary mind" by the journal Seed and one of the top 50 female scientists by Scientific American.

That small gesture triggered an international debate and as a result, the WHO, FAO and OIE now encourage and support more effective exchange mechanisms, data transparency and an interdisciplinary approach to improve the readiness for pandemics.

This episode is emblematic: we need more collaboration and selflessness and less self-centred leaders. It might be a coincidence that this revolution was started by a woman but it is not, in any case, a surprising coincidence.

One of the many lessons learnt from the Covid-19 epidemic is that we need more female leaders. Today, women govern 18 countries and 545 million people around the globe – that is, 7% of the world’s population, exactly the same percentage as female CEOs in Fortune 500.

After the financial crisis of 2008, several reports suggested that banks with a higher percentage of female board members and countries with a greater percentage of women in their leadership systems, particularly the finance sector, suffered less fallout from the world economic crisis. Christine Lagarde, the head of the IMF at that time, said that "if Lehman Brothers had been Lehman Sisters, the economic crisis would have been quite different."

In response to the pandemic, Germany has carried out more tests per capita than any other large country in the world, which probably helped contain the virus. With a PhD in quantum chemistry, Chancellor Angela Merkel has a scientific background and approach that most of her counterparts lack.

Slovakia, whose president is the lawyer Zuzana Caputova, implemented one of the speediest lockdowns in the world (just eight days after the first confirmed case) and achieved one of the lowest death rates in Europe (0.4 per million inhabitants). Slovakia was also quicker than most countries to implement strict rules about the use of face masks and gloves, including government officials.

Slovakia, whose president is the lawyer Zuzana Caputova, achieved one of the lowest death rates in Europe

The prime minister of New Zealand, Jacinda Ardern, has become an international role model due to her empathy during the pandemic and her excellent results. Her achievements are, of course, also due to the geography and small size of her country but leadership plays its part too. New Zealand implemented widespread tests and Ardern responded to the crisis with clarity and compassion.

Tsai Ing-Wen, a former law teacher, became the first female president of Taiwan in 2016. Tsai brought the virus under control quickly and effectively. Despite its proximity to China, the island of Formosa managed to contain the virus and even sent medical supplies to the USA and European countries.

The female president of Ethiopia, Sahle-Work Zewde (who regards the gender issue as "the most transversal issue of all"), joined other national leaders in writing a letter to the Financial Times advocating global cooperation. "We can contain and counteract Covid-19 more effectively," they wrote, "by removing the barriers that hinder the exchange of knowledge and cooperation. This type of crisis tends to bring out the best and the worst in people. It is our responsibility as leaders to encourage the former and contain the latter."

The different approaches and outcomes have obviously been shaped by many other factors such as wealth, population density and access to certain medical equipment. Being a woman does not imply being a better manager of a global pandemic or a better leader: Teresa May was not much better than Boris Johnson.

Women are doing a great job in the battle against this virus, but not because they are biologically programmed to do so

This inference would also reinforce the sexist idea that all women are inherently more compassionate and collaborative. The idea that women "naturally" have more compassion, love, empathy and intuition reinforces the cliché of the "gentle sex": a leader who cares for the population like a good mother. Quite the contrary, women are doing a great job in the battle against this virus, but not because they are biologically programmed to do so.

Some people also theorise that women in general must be better equipped to become leaders. They must meet far higher standards than men because women are seldom allowed to fail as often as men.

As Julia Gillard, the former prime minister of Australia, said in 2019, "It’s long been said that for a woman to get half as much credit as a man, she has to work twice as hard and be twice as smart." Without family bonds and male "protection", it’s much more difficult to break through the glass ceiling – leaving little room for mediocrity.

Female leaders in politics are still unfortunately a statistical blip

This second approach is probably sounder but in any case, female leaders in politics are still unfortunately a statistical blip and no definitive correlations can be drawn. It is, however, undeniable that a certain type of more inclusive leadership by both men and women is more useful when managing situations like the one unfolding at present and, most probably, in the ensuing future.

A health crisis with considerable social and economic fallout should make people act collectively with empathy, selflessness and greater risk aversion. When attempting to control an illness, an apparently hard-hearted, stoic attitude intended to convey a sense of invincibility can be extremely damaging, as shown by Donald Trump, Boris Johnson and Jair Bolsonaro. Leaders must, now more than ever, prioritise inclusion and information sharing.

Leaders must, now more than ever, prioritise inclusion and information sharing

It is interesting that when self-assessment is on the table, women tend to underestimate their skills and men tend to overestimate theirs. In other words, statistically speaking, men think they are much more competent than they actually are. This makes them less likely to seek expert advice or accept different points of view or embrace new information at odds with their preconceptions: the exact opposite of what is needed today.

Consequently, the best results might depend on one's overall psychological approach rather than one's gender. We have in fact known for a while that there are consistent and significant gender differences in health-related behaviour. In comparison with men, women tend to live longer because of the healthy habits they practice more often and regularly.

Statistically speaking, men think they are much more competent than they actually are

The pandemic has also shone a spotlight on the essential, unpaid work that women do every day for their families and society in general. They also account for 70% of the global workforce in the healthcare sector. However, according to the 2020 Global Health 50/50 report, management bodies are still predominantly male and, if current trends continue, it will take 40 years to achieve gender equality at that level.

It would be simplistic and wrong to say that a world governed by women could have avoided the Covid-19 catastrophe, but our planet would, in all likelihood, be a safer, better place if fewer alpha males and more competent women occupied key positions in society.