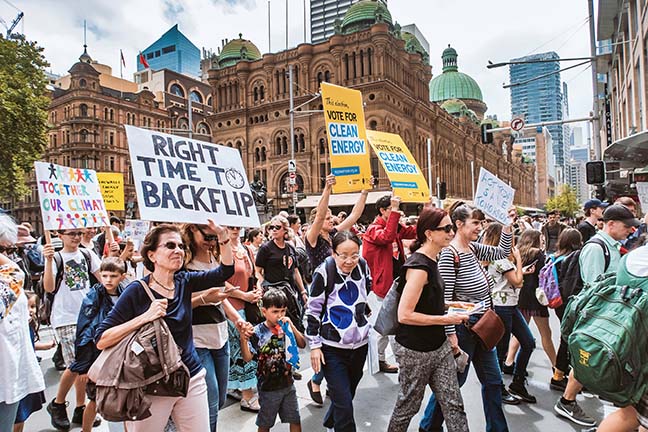 The first characteristic is linked to the anarchic nature of the current world order. This anarchic order is explained by two factors.

First, we do not have a central body of power and government as there is no supranational institution able to guarantee stability and peace. The United Nations, for example, has not managed to effectively fulfil its objective of maintaining international peace and security. On the contrary, the UN represents the interests of the major world powers because they have worked to ensure that this happens.

The world lacks clear leaders who take responsibility for establishing a stable, democratic, and peaceful order

Furthermore, it is assumed that we are in a nonpolar, or chaotically multi-polar world, as we do not have clear leaders who take responsibility for establishing a stable, democratic, and peaceful order. Indeed, neither the bipolar system of the 'Cold War' period, nor the transition to a unipolar world after the fall of the Berlin Wall, contributed to establishing a supranational governing body or a leader who assumed that responsibility.

Some specialists even suggest that China is beginning to replace America as the great power. This assumes that the United States is in a process of relative decline in its influence and power. Indeed, America has sunk from 40 percent of world GDP to 24 percent between 1960 and 2017, and China has risen from 1.6 percent to 15 percent during the same period.

However, if China becomes the world leader, I am not sure that it wants sole responsibility for maintaining a stable world order.

International society is made up of numerous actors, such as multinational companies and non-governmental bodies, who look after their own priorities and interests

However, this multiplicity of actors cannot or does not wish to establish a stable order – not even a global governance with effective coordination mechanisms to solve global problems such as financial crises, climate change, or economic inequality.

The second characteristic is the process of globalisation that has promoted the interconnection of the world. Evidence of this process is that 70% of goods and services produced worldwide move across national borders, and the huge amount of capital that circulates freely around the world. For example, global capital market capitalisation has risen from $35.9 trillion to $74.6 trillion in 2018, according to the World Federation of Exchanges. This data reveals a strong economic and financial interdependence that is being managed through complex transnational networks involving a variety of actors – ranging from multinational companies to international bodies. Moreover, it is these economic and financial realities that have contributed to political and economic elites, particularly in the West, supporting globalisation.

However, this interconnected world is transmitting various risks through these transnational networks. One of these risks concerns environmental issues, such as climate change or greenhouse gases, which are a by-product of economic globalisation.

Another is the presence of strong economic inequalities and high levels of job insecurity worldwide. For example, the Global Inequality Report 2018, produced by the United Nations Refugee Agency (UNHCR), reports that inequality has increased in all parts of the world. In 2016, for example, the top 10% of the population with the highest income accounted for 41% of total income in China, 47% in the United States, and 55% in Africa. Similarly, the World Trade Organization reports that by 2018, the top ten manufacturing exporting countries accounted for 53 per cent of world exports. In addition, the International Labour Organization noted in its 2017 report that at least 42.5% of the world's workers were in 'precarious employment' – meaning 4 out of every 10 employees.

The model of capital accumulation based on neoliberal capitalism has encouraged a deregulated production system that is having a strong impact on the problems of greenhouse gases, global inequality, and scarce resources. We are even witnessing a process of de-globalisation – motivated by the negative repercussions of a deregulated economic globalisation – that challenges the idea that globalisation offers benefits for everyone.

The benefits of the Western way of life are in doubt, and consequently, we see the emergence of anti-globalisation movements

According to data from the Peterson Institute for International Economics, international trade stagnated in 2019 as a result of global trade disputes. China, for example, has seen the percentage of its GDP represented by exports decline from 31 per cent in 2008 to 17 per cent in 2019.

The benefits of the Western way of life are in doubt, and consequently, we see the emergence of anti-globalisation movements. The latter are producing a strong political polarisation in various countries, especially in the West, and the emergence of populist leaders who are damaging democratic political systems. Several of these leaders, who claim to be supported by the popular will, are authoritarian by nature.

Both characteristics produce a problem that must be solved. Liberal globalisation generates global challenges, such as climate change and economic inequality, and the anarchic nature of the world order fails to provide effective coordination mechanisms to address these challenges. This obviously affects the legitimacy and social acceptance of the globalisation process and the anarchic nature of the world order. This situation has arisen mainly because citizenship has not become a fundamental actor in the management. We see, for example, that there are no real mechanisms for public participation and democratic control in the international institutions that watch over stability or world peace, nor in the regimes or regulations that support economic and financial globalisation.

It is for these reasons that it is necessary to create an order based on a democratic system at a global level that considers citizens in every corner of the planet. I believe that to address global problems it is vital that global organisations involve governments, as well as public and private actors. This is why we need to think about how we can make global democracy operational.

I believe that international institutions can play an important role in designing a system that includes both public and private actors in the decision-making process on possible global solutions.

We must not forget that the process of globalisation has generated a world of complex interdependence between nation states that calls into question the concept of sovereignty (which emerged from the Peace of Westphalia) to confront problems that concern everyone on the planet. For example, poverty is explained by local causes and factors related to the anarchic nature of the international order, such as the protectionism that prevents markets being opened to developing countries, or the patent agreements that prevent the introduction of generic mechanisms in those countries.

To address global problems, it is necessary to create an order based on a democratic system at a global level that considers citizens in every corner of the planet

Finally, I believe this suggests the implementation of mechanisms for public participation in decision-making that will generate greater democratic consensus in the design of actions, policies, and rules for solving the global problems.

The preparation and implementation of global policies should involve a process of political cooperation and coordination between supra-state, national, transnational, and sub-state agencies to achieve a general public participation.

The design of effective global governance must include actors at all territorial levels. This is the best way to give legitimacy to global governance, by making it more transparent, inclusive, and socially accepted.

Furthermore, assuming a greater consensus to share solutions to global problems ensures that multilateralism, at all territorial levels, can work as a mechanism to reduce global power asymmetries and make the world more democratic with a fairer distribution of resources. We must recognise that the formal participation and tacit agreement of citizens, particularly the weak and marginalised, is necessary for legitimate solutions to social problems – and can have a positive impact on the well-being of everyone.

Academic assistant, Department of Society, Politics and Sustainability at Esade