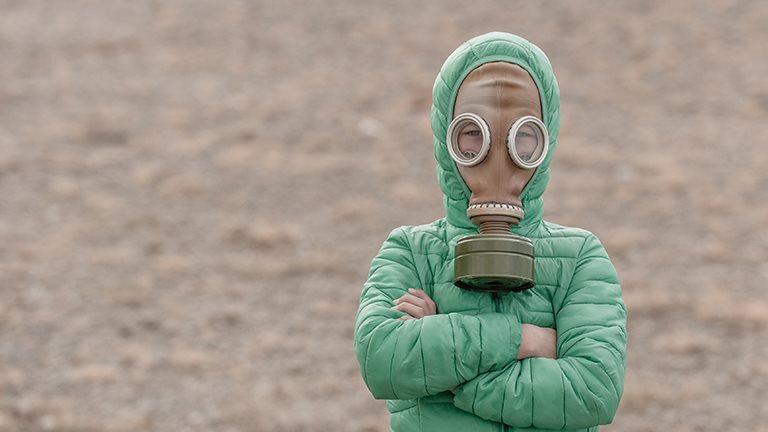 What efforts do we require in the war against global warming?

COP 27 has not exactly ended with, shall we say, a general feeling of enthusiasm. Before the summit began, we already knew that, for the moment, we are not winning the "war" against global warming. This is confirmed by the fact that, since the pre-industrial period, the average temperature in Europe has risen by 2.2°C, while in Spain the increase has been around 1.7°C, or 0.3°C a decade, since the 1960s.

It is further underlined by Spain's National Energy and Climate Plan, which states that the share of renewable energy in total final consumption must reach 42% by 2030. And although there is more renewable generation than ever before, its share in total energy end-use has fallen. 2020 ended with a figure of 21.1%, which dropped to 20.8% in 2021.

Continuing with the war metaphor, the ideal scenario would be for this "military investment" to be solely a deterrent, without the need for it to be used. It is an expensive investment, but justified. Because facing a war, and especially losing war, is even more expensive. This assessment, which I share, was made using these very words by the then Chief of Staff of the Army in 2016, when he addressed the US Senate Committee in charge of the armed forces' budget.

Nevertheless, I would like part of the expenditure on deterrence to be assigned to improving living conditions throughout the world, and in this way limit the potential causes of conflict. In view of the environmental disasters triggered by the Anthropocene (droughts, floods, fires, famine, forced population displacements, etc.), the fight against global warming and a just energy transition ought to be key objectives.

In Spain, we imported €46,757M worth of energy products (almost entirely fossil fuels) in 2021. Reducing or replacing this demand partly depends on us. Turning the air conditioning up or down this summer, avoiding the long queues of cars on long weekends, or limiting tourist air traffic over the same periods are individual decisions taken within our own spheres of responsibility.

However, despite requests in favor of degrowth, sacrificing our lifestyle is not a popular choice. It is more convenient to blame someone else, be it OPEC, the air transportation industry, or the non-metaphorical and tragic war in Ukraine.

We will not achieve the aim of containing the increase in temperatures without a combined individual and collective effort. As things stand today, and without wishing to be harsh, I believe more time is spent talking about this intent than putting it into action. Demonstrating or gluing your nose to a painting attracts attention, but it does not reduce individual carbon footprint.

The fundamental role of state power

Security of supply, affordability, and environmental sustainability: these are the three key principles of energy law. Public policies have to negotiate priorities here; but without any of these principles disappearing completely.

After the reopening of coal-fired power plants and the widespread discounts on gasoline and diesel, it would be reasonable to say that the response of the European Union and its Member States, and indeed of the whole world, follows the order in which we have presented these principles of energy law: first, security; then affordability, and finally – if possible – sustainability.

By definition, democratically appointed governments find it difficult to go against public opinion. And I am quite happy with this; but faced by a possible contradiction between the declared goal – decarbonization – and the behavior of society, governments will need to exercise great powers of persuasion and make the right decisions.

Unless someone discovers how to generate unlimited energy at almost zero cost or to capture and regenerate greenhouse gas emissions, energy transition is a path littered with obstacles. Obstacles that can be overcome, but which must not be concealed. To conceal them is to treat citizens as if they were lacking in maturity, and if perhaps we are, it will not help us to mature.

The state role’s as the guarantor of the general interest is irreplaceable. It applies in equal measure to authorize the construction of a renewable energy power plant after a cost-profit analysis despite opposition in the community, as it does to forcing an electricity distributor to speed up the connection of new distributed generation facilities to the grid. It is necessary to promote formulas for reconciling various interests and mechanisms of dialogue, while ensuring that non of the party's interests – however legitimate they may be – leads to nothing being done at all. On this occasion, the passage of time alone is not a solution.

In a war, the priority is to win, whatever the cost. This is why, on 27 May 1940, in the wake of the disaster that had befallen the English and the French at Dunkirk, and anticipating a probable confrontation with the Nazis, president Roosevelt telephoned William S. Knudsen and asked for his advice in drawing up a plan that would completely transform core American industries. From manufacturers of civilian goods such as cars and refrigerators, these industries became producers of tanks, trucks, aircraft and munitions.

Knudsen was a Danish immigrant who acquired American citizenship. Having arrived in 1900, he worked his way up from the shop floor of an automobile factory to become president of General Motors (the chairman of the board of directors was Alfred P. Sloan Jr., an iconic figure and author of the famous book My years with General Motors). Knudsen took a leave of absence from GM, gave up his annual salary of $150,000 plus bonuses, and agreed to work for Roosevelt at a salary of $1 a year.

The talent and commitment of this expert in mass production earned him the nickname The Speed-Up King, and he successfully completed the mission for which he had been selected, which proved key to the Allied victory. But this would not have been sufficient without a government that defended unpopular policies, thousands of managers and entrepreneurs who were committed to the war effort, and the support of citizens, the great majority of whom – particularly after the Japanese attack on Pearl Harbor – took up the fight as if it were their own.

Fortunately, we can manage the existential threat of global warming with just a little less haste than that required by the US in the 1940s, when they had to face up to the Axis powers. Nevertheless, we must not dally. There is an urgent need to apply regulatory measures to speed up authorizations, both for the installation of renewable energy plants and for their connection to the grid, and to promote the collaboration of citizens and businesses through energy communities. And, at the same time, we must raise the bar for meeting collective challenges.

One of these would be to replace the more than 6,500 coal-fired power plants around the world – many of them at the beginning of their useful life – which produce 36% of the world's electricity and one third of all emissions, but this would call for another article.

Planet Earth is not at risk as a result of global warming. There have been five great extinctions in its thousands of millions of years of existence, and it has emerged from each one with new vitality. What is indeed in danger are many life forms as we have known them since the end of the last glaciation some twelve thousand years ago, as well as, in all probability, our own civilization. And the end result depends on us. Therefore, winning "the war" against global warming is a vital objective whose success will hang on our commitment to as many resources, initiatives and efforts as possible.